World leaders, hundreds of thousands march for ‘unity’ in Paris 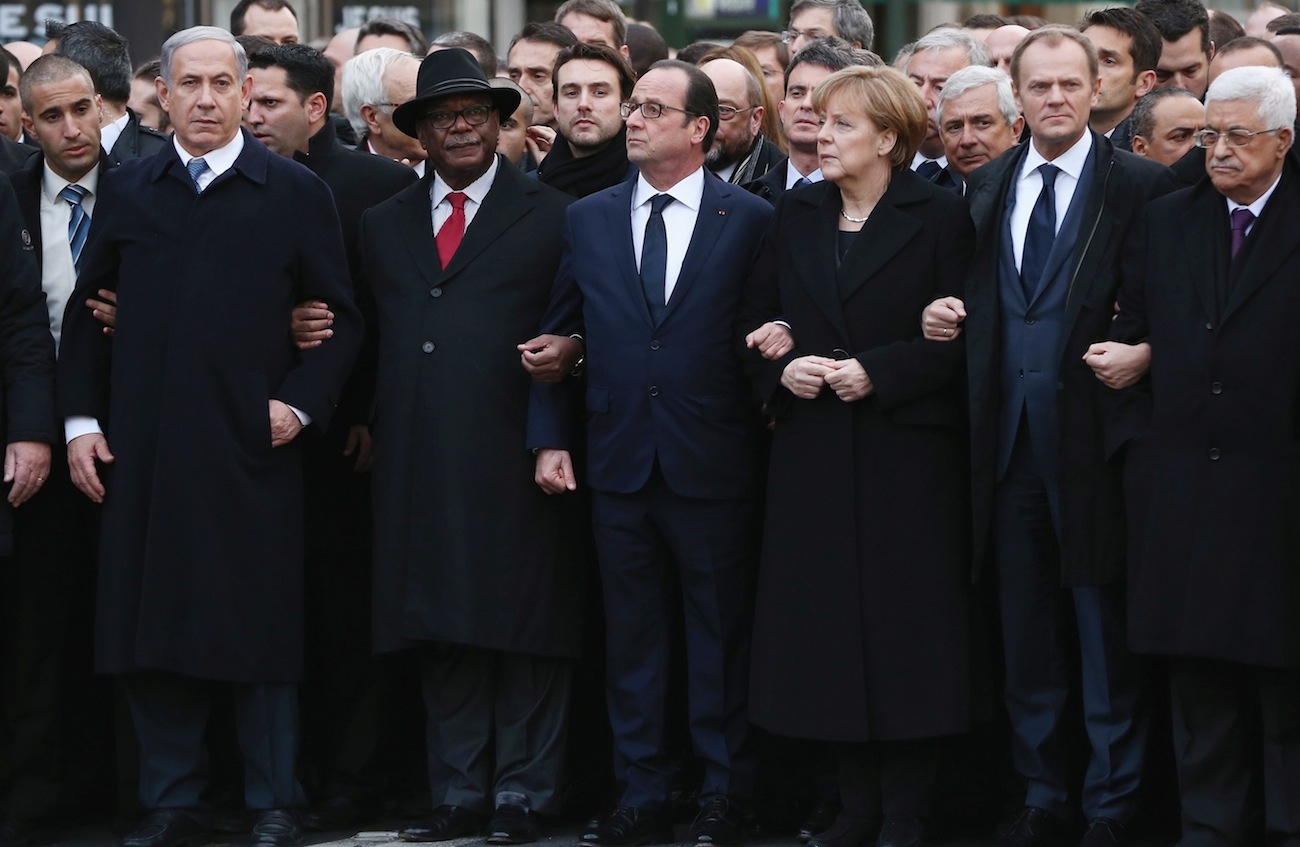 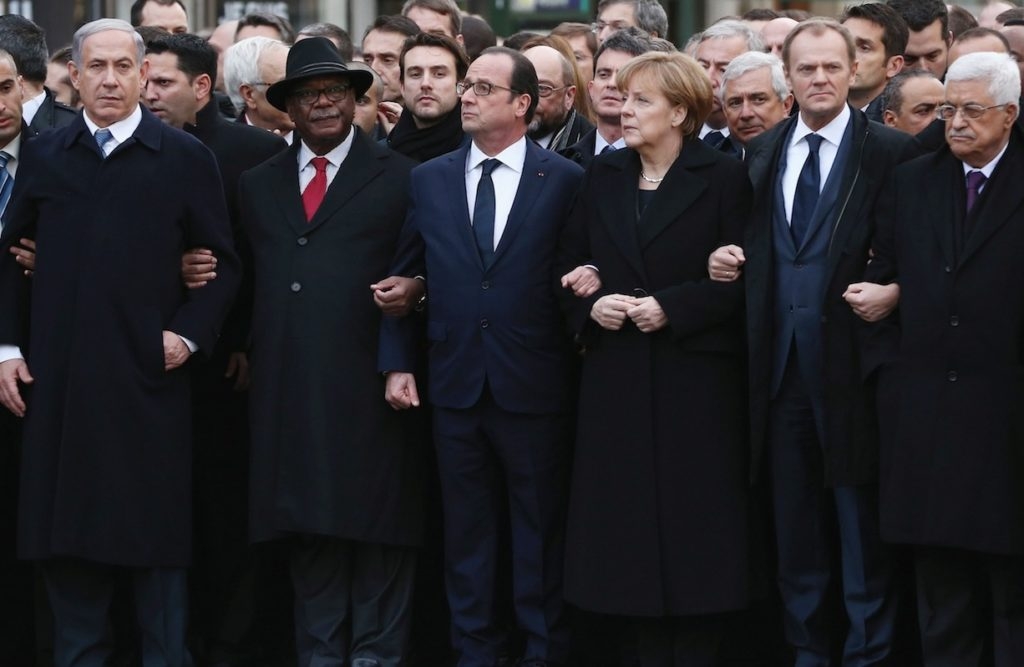 Israeli Prime Minister Benjamin Netanyahu, far left, was among the dozens of world leaders who gathered for a unity march in Paris, Jan. 11, 2015. (Dan Kitwood/Getty Images)

(JTA) -Hundreds of thousands of people marched in a unity rally in Paris to denounce terrorism and honor the victims of three attacks in Paris over three days.

No official police estimates have been released on the number of marchers at the rally Sunday, but media outlets put the crowd at more than 1 million.

Dozens of world leaders attended, including Israeli Prime Minister Benjamin Netanyahu and Palestinian Authority President Mahmoud Abbas, who marched in the front row with French President Francois Hollande. The two were several marchers apart, with Hollande in the middle. It is the closest the leaders have been seen together in years, according to The New York Times.

There were no speeches at the rally. Marchers carried signs in French reading “I am Charlie,” referring to the satirical magazine where 12 staff members and security forces were killed on Jan. 7. Other signs read in French “I am a Jew,” representing the four men killed during an attack Friday on a kosher supermarket in a Paris suburb. A police officer was also killed Thursday by one of the Charlie Hebdo attackers.

Family members of the 17 victims of the three attacks led one section of the march. Christian, Jewish and Muslim community leaders also participated.

Jewish marchers in kippahs and black hats and Muslims in head coverings were noticeable at the march.

Thousands of French soldiers and police secured the march, including snipers on roofs along the march’s route.

In Jerusalem, a solidarity march at City Hall timed to coincide with the Paris march drew about 1,000 marchers.

Also on Sunday, video surfaced showing kosher supermarket shooter Amedy Coulibaly pledging allegiance to the Islamic State and saying that he coordinated the attack with Cherif and Said Kouachi, the Charlie Hebdo shooters who were killed Friday by police. The Kouachi brothers had said they were financed by Al Qaida.

The video was prepared by Coulibaly to be released after the attack.

Coulibaly is now also being connected to the shooting of a jogger on the same day as the attack on the magazine.