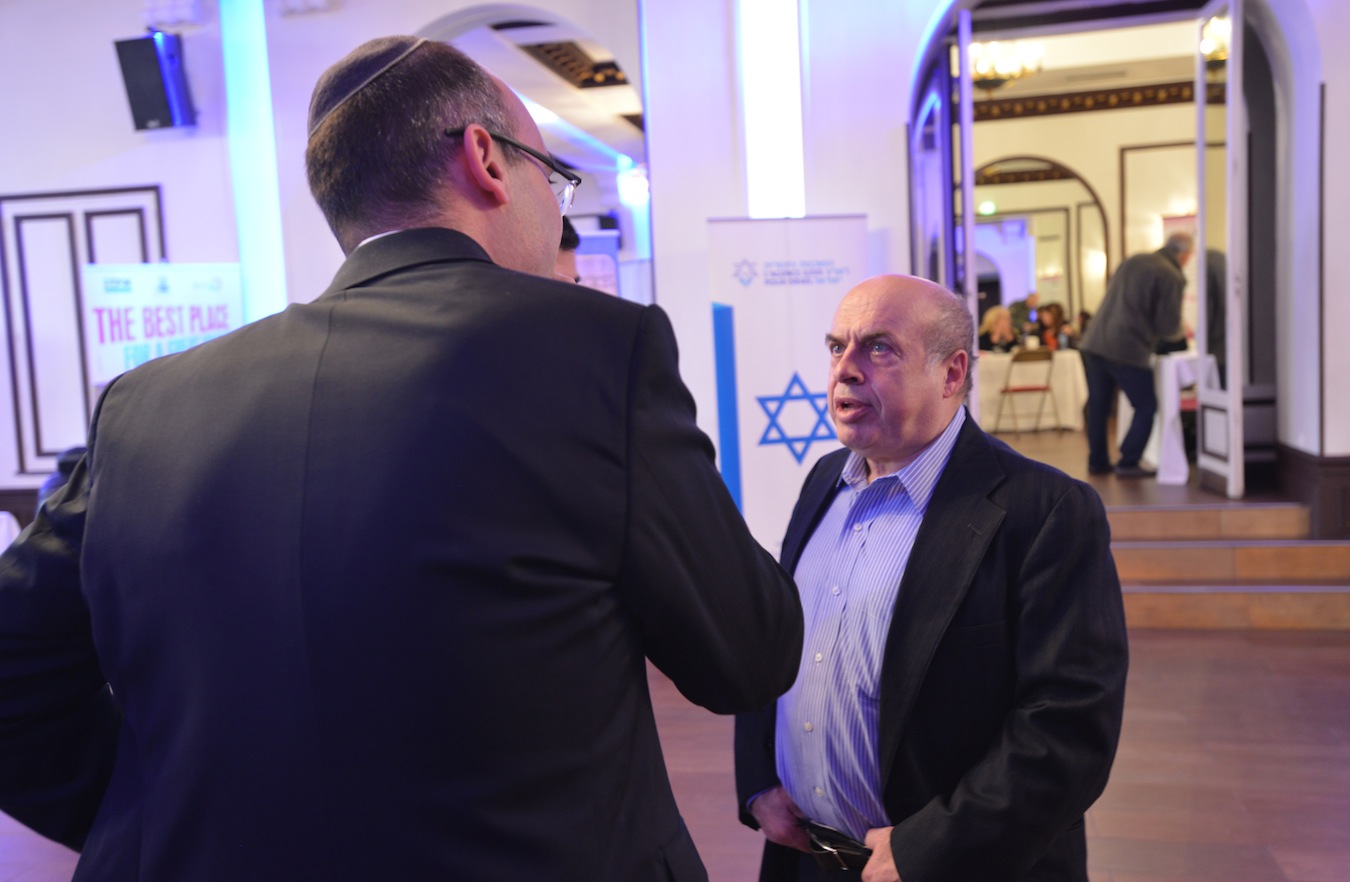 PARIS (JTA) — The slaying of four Jews at a Paris kosher market may cause a substantial increase in the number of Jews who will immigrate to Israel this year, Jewish Agency Chairman Natan Sharansky said.

Sharansky arrived in Paris Sunday along with Israeli Prime Minister Benjamin Netanyahu and Foreign Minister Avigdor Liberman. The three are in France to attend a mass rally in the French capital in protest of the killing of 17 people last week by Islamists.

“Before the attack, our estimates spoke of 10,000 new olim in 2015,” Sharansky told JTA Sunday, using the Hebrew word for Jews who immigrate to Israel. “In two weeks time we will reexamine this estimate in light of the current developments.”

The aliyah event was scheduled months ago and organizers decided to go ahead with it despite the killings last week at the offices of the satirical weekly Charlie Hebdo and the murder of four Jews two days later at the Hyper Cacher kosher supermarket outside Paris.

Some 500 people showed up at the event to inquire about the possibility of making aliyah, according to Daniel Benhaim, the Jewish Agency’s chief envoy in Paris.

“The fact that hundreds showed up here despite the march and the transport problems it creates in central Paris is indicative of how central the concept of aliyah has become for French Jews in recent years,” he told JTA.

“Israel is doing all it can do for the French Jewish community,” Liberman told JTA at the aliyah fair. “There are contacts in place and though I cannot specify, rest assured we are helping as best we can.”

The link between the threats facing the Jewish community and France in general “sadly cannot be more obvious,” Liberman told prospective immigrants and journalists at the fair.

The four Jews were killed at the kosher supermarket in the same way as the caricaturists were at the satirical magazine three days earlier, he said. “And so it is clear we are dealing with terrorist attacks that do not stem from any territorial claim.”

“We are no longer at home here,” said Yves Lellouche, a member of the Union of Kosher Consumers of France. “Fifteen of my relatives are attending a Jewish school near the site of the kosher store that was attacked. I fear for their safety. I fear for my safety.”

Lellouche said he would attend the march “but only out of curiosity, not as a militant because this is no longer my country. It was a temporary home.”

Others attendees, including Serge Luz, said they intended to march as a political act. “I see no future for myself here, but I am still French and I am still attached to the values this march is meant to defend,” he said.

At the event, Liberman spoke with Leo Feldmann, a 90-year-old Holocaust survivor who told him he wants to leave France as soon as possible. Liberman greeted Feldman with the traditional “Next year in Jerusalem,” to which Feldmann replied: “Yes, thank you but I prefer Tel Aviv.”

Also on Sunday, Rabbi Menachem Margolin, director of the European Jewish Association, which advocates for Jewish communities in Europe, criticized calls by Jewish leaders like Sharansky for Jews in Paris and throughout Europe to make aliyah.

“I regret that after every anti-Semitic attack in Europe, the Israeli government dispenses the same statements about the importance of aliyah rather than take all measures … at its disposal in order to increase the safety of Jewish life in Europe,” Margolin told the Hebrew-language news website NRG.

“The Israeli government must stop this Pavlovian response every time there is an attack against Jews in Europe,” Margolin said.

“Every such Israeli campaign severely weakens and damages the Jewish communities that have the right to live securely wherever they are,” Margolin said.