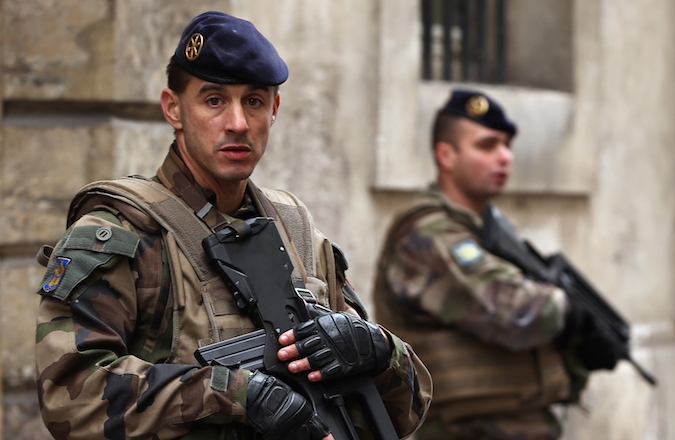 Nearly 5,000 security forces and police will help protect the country’s 700 Jewish schools, Bernard Cazeneuves said Monday during a meeting with parents at a Jewish school south of Paris near the site of last week’s deadly attack on a kosher supermarket, the French news agency AFP reported.

The promise of more protection came a day after French President Francois Hollande said in a meeting with French Jewish leaders in the wake of the attack on the Hyper Cacher supermarket that the country would move to protect synagogues and Jewish schools, including using the military.

Also Monday, Prime Minister Manuel Valls said that the supermarket gunman, Amedy Coulibaly, likely had an accomplice and asserted that “the hunt will go on.”