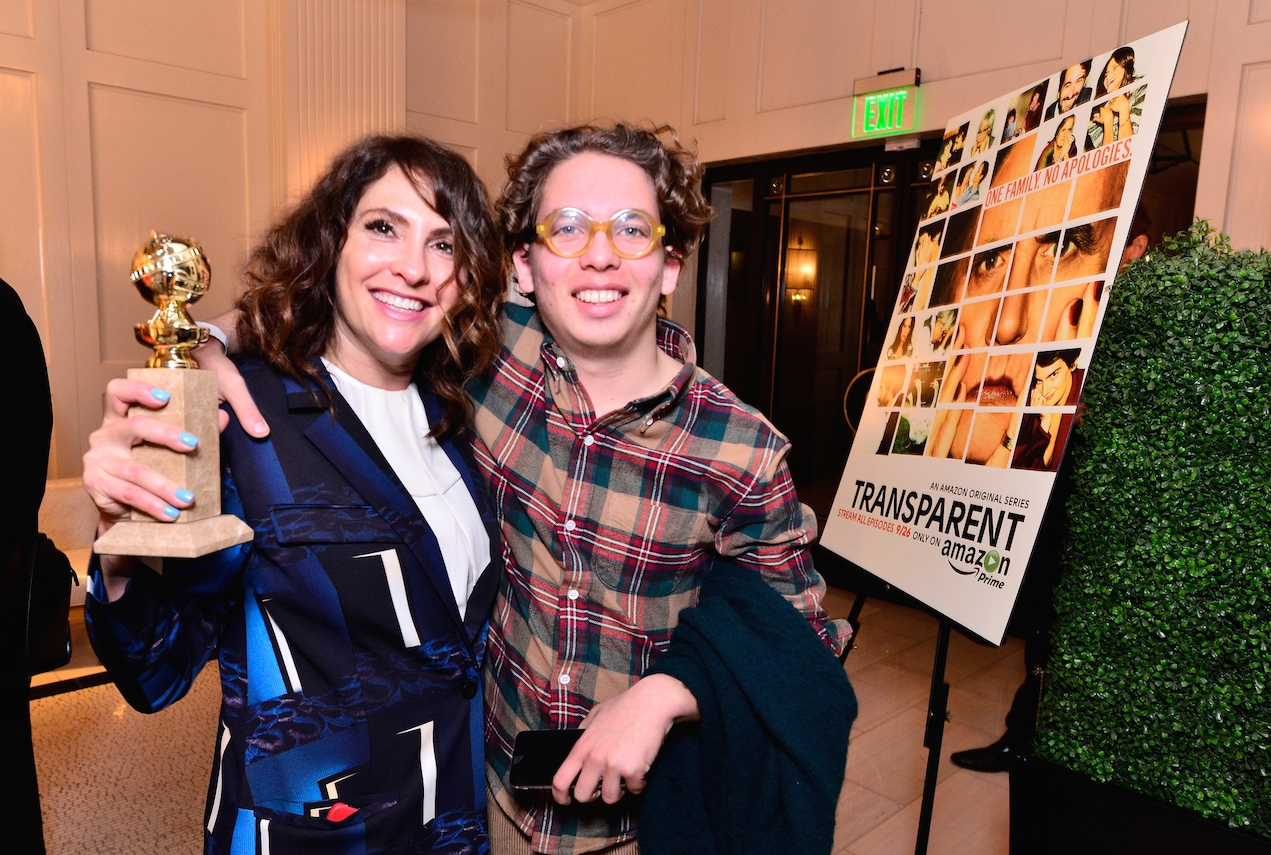 The terrorist killings in the French capital in the preceding days, which also included an attack on a kosher supermarket that killed four Jewish men on Friday, lent a serious undertone on Sunday to the usually lighthearted affair hosted by the Hollywood Foreign Press Association.

Among those killed last week at Charlie Hebdo, a satirical magazine, was the celebrated French Jewish cartoonist Georges Wolinski.

In the awards, the winner for Best TV Series-Comedy was “Transparent,” written and directed by Jill Soloway. The series revolves around a Jewish family with a patriarch who tells his three grown children that he is adopting a female persona.

The Forward in a headline called “Transparent” “the Jewiest Show Ever.”

Maggie Gyllenhaal topped the field for best performance by an actress in a miniseries or TV movie for her performance in “The Honourable Woman.” Gyllenhaal, who has a Jewish mother, portrays Nessa Stein, a Jewish businesswoman who tries to bridge Middle East hostilities by linking Israelis and Palestinians through a communications network.

The biggest, though uncredited, Jewish winner of the evening may have been the late novelist Stefan Zweig (1881-1942), whose writings inspired director Wes Anderson’s “The Grand Budapest Hotel,” winner of the Best Motion Picture-Comedy award. Sharing in the triumph was Jewish producer Scott Rudin.

Israel’s entry in the foreign-language film competition made the shortlist of five finalists with “Gett: The Trial of Viviane Amsalem,” chronicling the five-year struggle by an Orthodox woman in Israel to convince a rabbinical court to grant her a Jewish divorce from her husband. “Gett” lost out to Russia’s “Leviathan,” the story of a working man fighting the corrupt mayor of his town.

Another finalist, and early favorite, in the category was Poland’s entry, “Ida,” the story of a young Polish woman about to take her vows as a nun who discovers that she is the daughter of Jewish parents killed in the Holocaust.