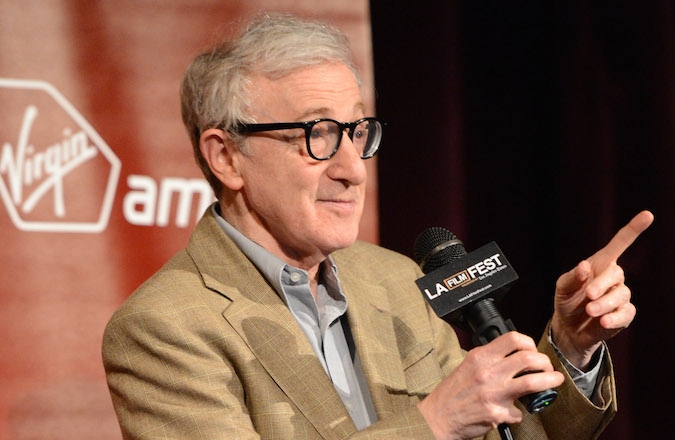 Woody Allen attends a premiere of 'To Rome With Love' on June 14, 2012 in Los Angeles, Calif. (Jason Merritt/Getty Images)
Advertisement

Woody Allen has never written for television. But at the ripe age of 79, the venerable Brooklyn-born filmmaker is apparently set to write and direct his first TV series, an Internet-only show for Amazon.

Amazon, the online purveyor of virtually everything, is relatively new to original programming, but its “Transparent” won Best TV Series-Comedy at the Golden Globes this week. It has ordered a full season of Allen’s currently unnamed project without even seeing a pilot episode.

In a statement, Amazon Studios Vice President Roy Price said: “From ‘Annie Hall’ to ‘Blue Jasmine,’ Woody has been at the creative forefront of American cinema, and we couldn’t be more excited to premiere his first TV series exclusively on Prime Instant Video next year.”

According to Hollywood Reporter, the famed director responded to Price by saying: “I don’t know how I got into this. I have no ideas, and I’m not sure where to begin. My guess is that Roy Price will regret this.”

Amazon’s foray into TV has included ordering pilots from industry veterans such as Steven Soderbergh, Ridley Scott and Carlton Cuse. But, as Hollywood Reporter noted, the company usually puts potential series pilots online and allows Prime Instant Play subscribers to vote on the ones they like. Allen’s series has apparently skipped that preliminary process.

The new show, however, could generate new media scrutiny for Allen, just as Bill Cosby’s recent Netflix special generated a flood of unwanted attention about the numerous rape accusations made against him over several decades. Allen, too, has his share of baggage when it comes to allegations of inappropriate sexual behavior. Just last February, his estranged daughter Dylan Farrow reasserted in an op-ed in The New York Times that Allen had sexually assaulted her in 1993 when she was 7 years old. The op-ed generated a new wave of criticism, both for this alleged crime and for Allen’s longtime marriage to Soon-Yi Previn, who is more than 30 years his junior and the stepdaughter of his ex, Mia Farrow.

The storm surrounding Cosby led Netflix to cancel the special. But the controversy apparently has not deterred Amazon.