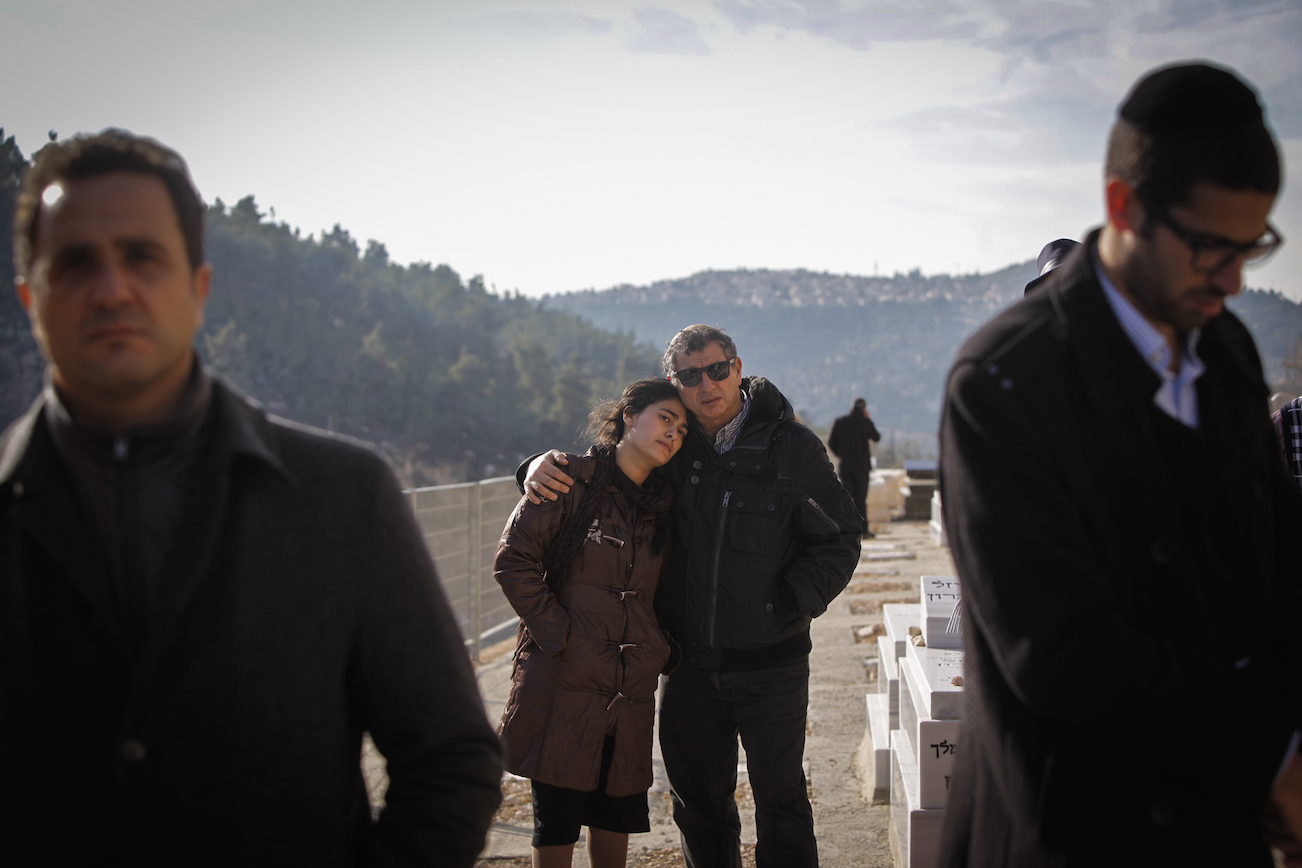 JERUSALEM (JTA) — Thousands attended the funeral in Jerusalem for the four victims of the attack on a kosher supermarket in Paris.

Yoav Hattab, 21; Philippe Braham, 45;  Yohan Cohen, 22; and Francois-Michel Saada, 64, were buried Tuesday at the Givat Shaul Cemetery. They were killed Jan. 9 at the Hyper Cacher supermarket by an Islamic jihadist.

“At moments such as these, I stand before you brokenhearted, shaken and in pain, and with me stands an entire nation.”

The victims “were murdered on the eve of the Sabbath, in a kosher supermarket in Paris, in cold blood, because they were Jewish,” Rivlin said, adding, “This is sheer hatred of Jews; abhorrent, dark and premeditated, which seeks to strike, wherever there is Jewish life.”

He called on the leaders of Europe to work to “commit to firm measures” to protect their communities’ Jews.

The men were killed by Amedy Coulibaly, who took more than 20 people hostage at the market. Coulibaly was killed when police stormed the shop. He reportedly told the hostages during the standoff: “I will die today, but you before. You are Jewish, and today you are going to die.”

Some attending the funeral held signs in French reading “Je suis Juif” and “Je suis Israelien” — “I am Jewish” and “I am Israeli” — above photos of the victims.

The family members recited together the Mourner’s Kaddish after being assisted in tearing their clothes in the traditional Jewish sign of mourning. They then lit memorial torches for their loved ones.

“I have been saying for many years and I say it again today: These are not only enemies of the Jewish people, they are enemies of all mankind,” Israeli Prime Minister Benjamin Netanyahu said of the terrorists. “It is time for all people of culture to unite and uproot these enemies from our midst.”

Netanyahu issued a call, as he has several times since the attack, for Jews to make their homes in Israel.

“Jews have a right to live in many countries and have full security, but I believe that they know in their heart, there is one country which is their historic home, a state which will always accept them with open arms. This is the hope of the entire Jewish people,” he said.

French government minister Segolene Royal told the mourners in her native language that “Anti-Semitism has no place in France. Each hit suffered by a Jew is a hit suffered by the French people.”

Following her address, Royal bestowed the Order of the Legion of Honor, the country’s highest civilian honor, on each victim, and then went to each family member to express individual condolences.