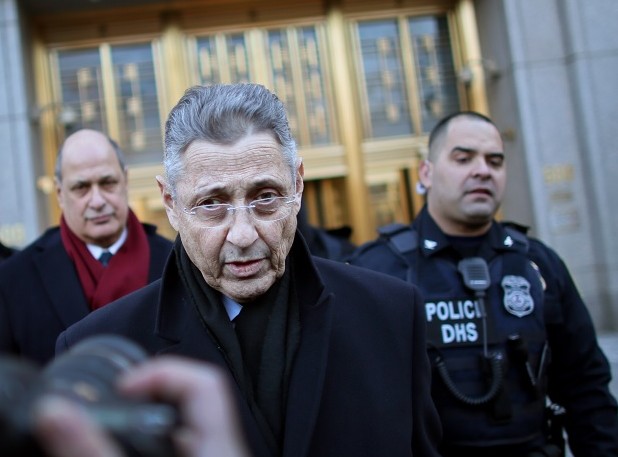 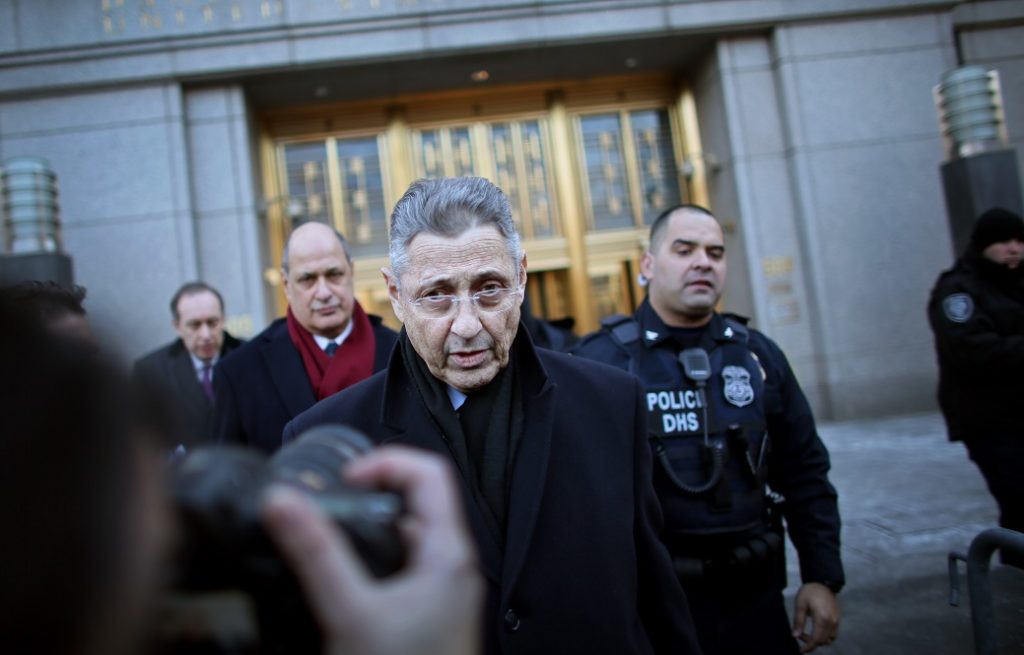 NEW YORK (JTA) – To critics of Albany’s culture of political corruption, the sight of the powerful longtime speaker of New York’s State Assembly, Sheldon Silver, getting arrested Thursday may have been a sign that even the state’s most powerful politicians are not immune from the long hand of the law.

For New York Jews, the arrest marked the second time in less than 18 months that one of the state’s most visible and well-connected Orthodox Jews was taken into custody on corruption charges.

In fact, the two figures are deeply connected.

The first, William Rapfogel, the longtime CEO of New York’s Metropolitan Council on Jewish Poverty, was arrested in September 2013 for involvement in a kickbacks scheme. He pleaded guilty to helping fleece more than $9 million from the charity, including $1 million that he pocketed himself, and was sentenced last July to 3 ½ years in prison and ordered to pay $3 million in restitution.

Silver and William Rapfogel lived in the same neighborhood and went to the same shul, the Bialystoker Synagogue on Manhattan’s Lower East Side. The two men often sat together in the sanctuary on Shabbat morning, though in recent years Silver began going to the early minyan on Saturday mornings, a neighborhood insider who declined to be identified told JTA.

Rapfogel’s eldest son, Michael Rapfogel, works for real estate developer Bruce Ratner, who has been on the receiving end of numerous favorable decisions by the Public Authorities Control Board, over which Silver has significant control. In 2006, Silver’s intervention helped secure a lucrative tax break for Ratner’s Atlantic Yards project in Brooklyn, even though that tax break actually was being phased out, The New York Times reported.

The criminal complaint filed this week against Silver by the U.S. Attorney’s Office alleges that Silver was “on retainer to a mammoth real estate developer” while his office was passing legislation affecting that developer’s business, meeting with lobbyists paid for by the developer and “deliberately keeping secret from the public any information about this lucrative side-deal, in violation of the law.” The complaint does not identify the real estate developer by name.

The heart of the charge against Silver is that he received nearly $4 million in bribes and kickbacks in exchange for his official acts – especially in matters relating to real estate and health care funding — and that he hid the money by disguising it as income from a law practice focused on personal injury matters.

Silver amassed a tremendous personal fortune through the abuse of political power, Preet Bharara, the U.S. attorney for the Southern District of New York, said in a statement.

“As today’s charges make clear, the show-me-the-money culture of Albany has been perpetuated and promoted at the very top of the political food chain,” Bharara said.

“And as the charges also show, the greedy art of secret self-reward was practiced with particular cleverness and cynicism by the speaker himself,” he said. “Politicians are supposed to be on the people’s payroll, not on secret retainer to wealthy special interests they do favors for.”

Silver denied the allegations, saying, “I hope I’ll be vindicated,” before surrendering to authorities Thursday morning, according to The New York Times. His lawyers called the criminal charges “meritless.”

Silver has been honored by Jewish federations, the Council of Jewish Organizations and a host of organizations associated with various ethnic groups in New York City, hospitals and lower Manhattan, where Silver lives. Silver also received an honorary doctorate from Yeshiva University, from which he graduated college in 1965.

Silver also was a mainstay of New York legislative missions to Israel. The Facebook page of the National Association of Jewish Legislators features of a photo from last August of Silver flanked by Gov. Andrew Cuomo in front of Jerusalem’s Big Apple Pizza shop. In the shot, the salt-and-pepper-haired Silver wears a big smile. Around New York, the speaker is better known for his heavy jowls, deep baritone, laconic speech and hard stares.

This is not the first time Silver has found himself caught up in a scandal. But, as with the Rapfogel scheme, Silver has been more of a peripheral figure to scandal rather than the main act.

Twice, Silver came under heavy fire for mishandling of allegations of sexual misbehavior against associates.

In 2012, Silver paid more than $100,000 to settle with two women who claimed they were sexually harassed by State Assemblyman Vito Lopez of Brooklyn. Silver never disclosed the payments or the allegations to the assembly’s ethics committee. Then, later that year, two additional women came forward with public allegations that Lopez groped, intimidated and manipulated them. That prompted disclosures about Silver’s secret settlement with the first two women.

Silver stripped Lopez of several senior positions and acknowledged that “mistakes were made” in failing to disclose the initial allegations to the ethics committee, but, as he had many times over the years, ignored calls that he step down. Lopez resigned the following year.

In 2001, one of Silver’s staffers, Elizabeth Crothers, came to him claiming that she had been raped by Silver’s top legal aide, Michael Boxley. Silver’s response was to put out a statement support Boxley. Crothers never filed a criminal charge, and internal assembly investigation was inconclusive. But in 2003 Boxley was charged with rape by another female staffer, and eventually pleaded guilty to a sexual misdemeanor charge. And in 2006, Silver and assembly leaders paid $500,000 to settle a lawsuit brought by an unnamed woman who accused Silver of bungling the Crothers allegations and abiding a culture of sexual harassment in the assembly.

After Silver apologized for making mistakes in the Lopez case, Crothers told the N.Y. Daily News that Silver needed to do more than apologize.

“People are saying he apologized and admitted he made a mistake,” Crothers said to the newspaper in May 2013. “How many times do you get to do it? When is the tipping point? We all make mistakes and there are consequences to them. Silver hasn’t gotten any of the consequences.”