When the office is a death camp 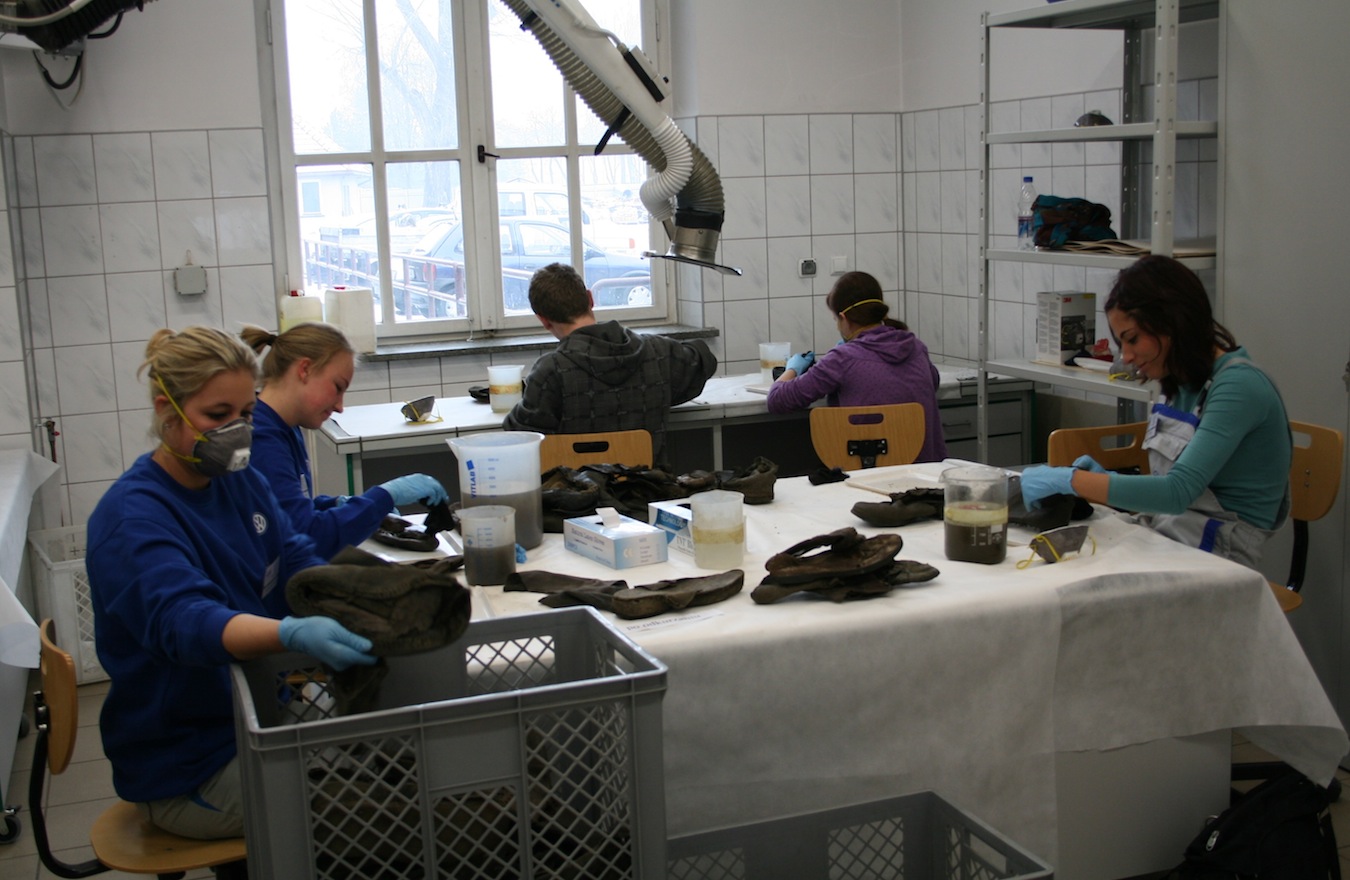 The conservation laboratory at the Auschwitz-Birkenau State Museum, which was established two years after the German army's retreat in 1945. (Katarzyna Markusz)
Advertisement

Two years later, the camp that has since become nearly synonymous with the Nazi attempt to eradicate European Jewry became a museum. Last year, 1.5 million people visited the Auschwitz-Birkenau State Museum, most of them from Poland, Italy, Germany, Israel, the United Kingdom and the United States.

The visitors generally come for a day, but dozens of people come to Auschwitz every day — the conservators, researchers and curators who work to disseminate new information about the Holocaust and preserve the museum’s legacy for future generations.

“For me, Auschwitz is a place of reflection and meditation,” said Piotr Kadlcik, the former president of the Union of Jewish Communities in Poland and a board member of the Auschwitz-Birkenau Foundation, which raises money for the museum. “I think it is important for many people who come here to work. They cannot really imagine that they could work elsewhere. They are somehow shaped by this place.”

Below are short portraits of several employees of the Auschwitz-Birkenau State Museum.

Margrit Bormann, 34, is a conservator from Germany who works in the building where newly arrived prisoners were registered. Through the window is a clear view to the nearby cell blocks behind the barbed wire.

In 2005, as a university student in Cologne, she participated in a two-week educational program at Auschwitz, helping preserve objects in the museum. She returned later for a six-month internship.

“This stay has changed everything in my life,” Bormann said. “I got to know the place and its history even more. I knew a lot about the Shoah, but now I got to know the testimonies of Polish prisoners, about whom in German schools very little is said.”

After graduation, she went to work full-time at the museum. Two years ago she was asked to take care of the maintenance of six baskets of shoes that once belonged to prisoners.

“I wanted to be close to this place, these objects, but with shoes I felt afraid,” she said. “There was some bad energy. When I returned home from work, my whole body hurt.”

Bormann would pick up a shoe and stare at it. One seemed to have been repaired multiple times by a cobbler. Maybe the owner walked in it to work, perhaps wearing a suit and carrying a briefcase. Such thoughts would occur often, but Bormann would try to inhibit them and focus on the object at hand. One day she began to cry.

“I knew the story, the facts, the number of victims, the memories of former prisoners,” she said. “It brought me sadness, but I never cried so hard. I acted that day like I was at a funeral. When I cried for the victims, something was passing from me and I could get back to work.”

Piotr Setkiewicz, 51, the head of the museum’s Research Center, has worked at Auschwitz since 1988. His uncle died in the camp, and his grandmother was an employee of IG Farben, the chemical company that supplied the German army’s war needs. A plant producing gasoline and rubber was located at Auschwitz, and 20,000 prisoners worked there.

“During the school years I had no awareness of the uniqueness of this place,” Setkiewicz said. “That changed when I started working here.”

Setkiewicz is involved in efforts to disseminate new historical information about the camp. Occasionally he hears people asserting that there is nothing more to learn about what transpired there, but Setkiewicz says it’s not true. With advances in research and the emergence of new historical sources, there is always more to learn.

Several years ago, Setkiewicz caused a mini-crisis in Polish-Russian relations when he pointed out to a journalist errors in an exhibition about Soviet prisoners at Auschwitz prepared by the Russians. His comment led to claims in the media that Setkiewicz was denying the suffering of the Russian people. Shortly after, Russia stopped importing Polish pork.

“They began to connect me with this, as the one who stopped the delivery of Polish meat to the east,” Setkiewicz said. “To this day, on Google you can find several thousand hits on the subject.”

Pawel Sawicki, 34, works in the museum’s spokesman office. Among his duties is the photographing of personal items that belonged to the prisoners — shoes, glasses and other personal effects.

The photos show the scale of the tragedy that occurred at Auschwitz, but also its human dimension — what Sawicki calls “the power of a single personal experience” as reflected in individual objects.

Sawicki is also the compiler of “Auschwitz-Birkenau: The Place Where You Are Standing,” a photo album that juxtaposes archival photographs taken by the Germans in 1944 with contemporary shots of the same spots.

“Taking these photos, more and more I felt a special emptiness,” Sawicki said. “I missed the people who were the essence of the photo album. Today, those people are not here anymore. Only the place where most of them were killed still exists.” 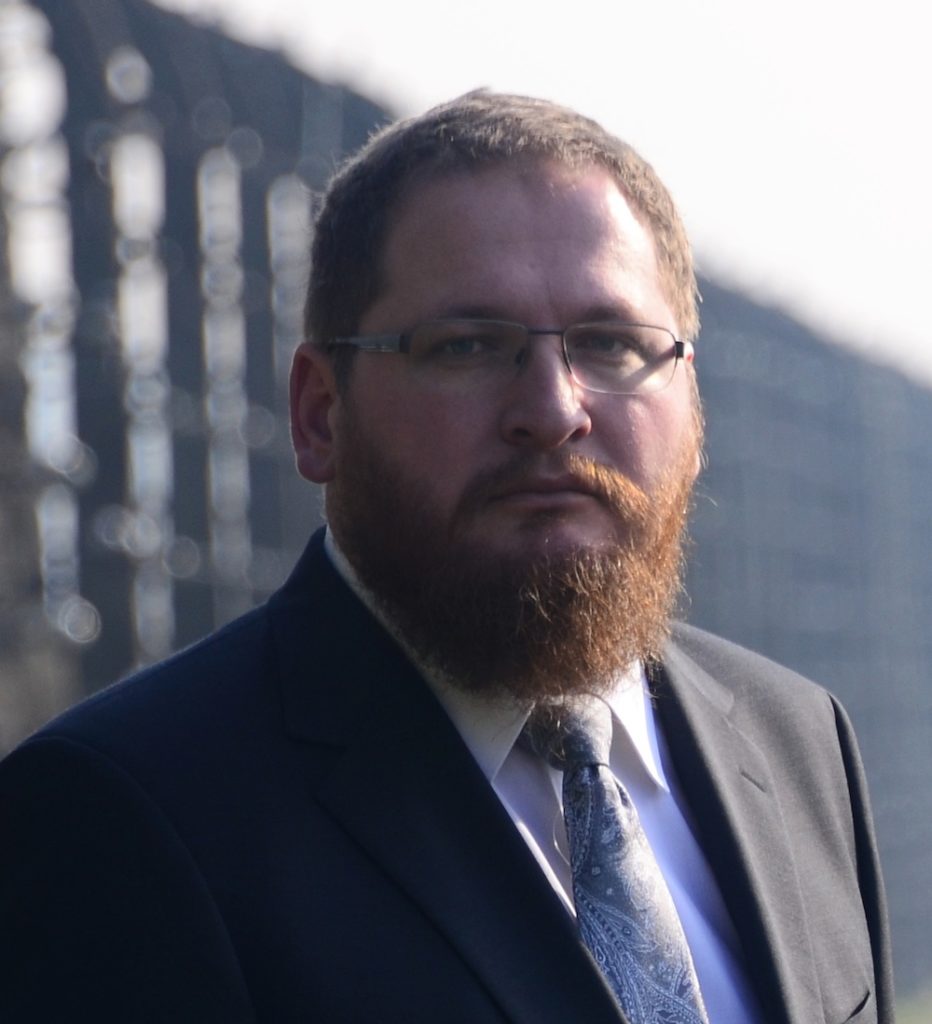 Piotr Cywinski has been director of the Auschwitz-Birkenau State Museum since 2006. (Courtesy Piotr Cywinkski)

Piotr Cywinski, 43, has been the museum director since 2006. A historian whose interest was the Middle Ages, he was asked several years ago by his professor, a former camp inmate named Wladyslaw Bartoszewski, to help in the work of the International Auschwitz Council. When his predecessor retired, he was asked to take over.

Cywinski says it’s easier to work at Auschwitz than to visit. Visitors come for their own purposes, he says, while the museum employees work on behalf of others. At night he dreams of the camps and the war, though he prefers not to discuss the details.

“This place is impossible to ignore,” he said. “It is a turning point in human history. Nothing that preceded it will ever return. Ethics, morality, law, faith, science, enlightenment, positivism — all died here. A man lost his sense of innocence that he cherished and found so comforting.”

Cywinski is mindful of the survivors and their stories. He knows they will soon pass away and only the museum will remain, which will have to carry their stories forth for future generations.

“There will be no great silence,” Cywinski said. “We are too many and we know too much.”