Everything you thought you knew about religious Zionists is wrong 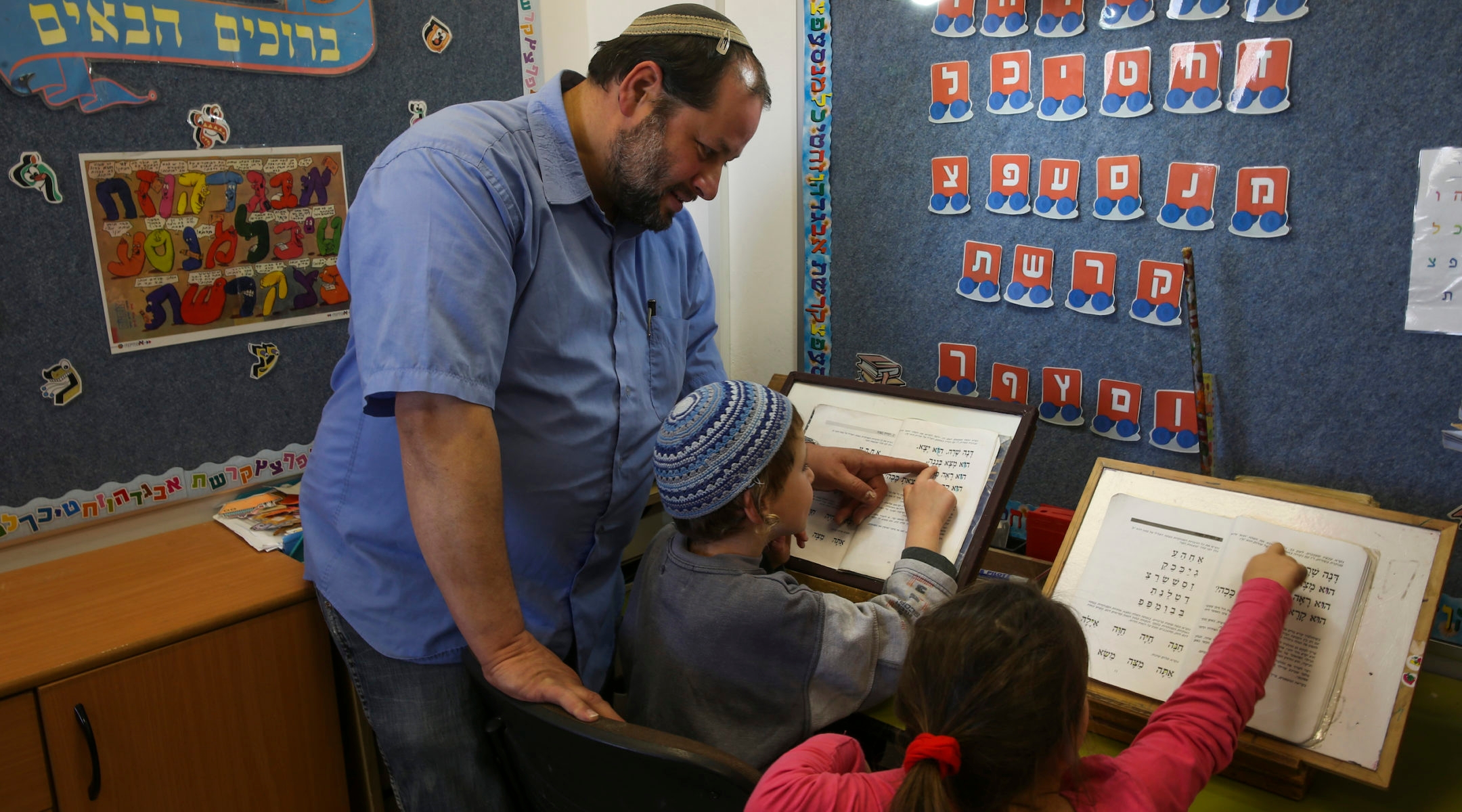 Knitted yarmulkes and pro-settler policies are not the face of religious Zionism after all? Here, Rabbi Eran Fletzki teaches children at a school in the West Bank settlement of Neve Daniel, Nov. 25, 2013. (Nati Shohat/Flash90)
Advertisement

For years, Israelis have had a particular idea of what being a “religious Zionist” meant: being modern Orthodox but not haredi; supporting the settlements and opposing territorial compromise; supporting the Chief Rabbinate’s control of Jewish marriage and opposing gay rights.

Well, someone finally asked the religious Zionists. And it turns out we were wrong the whole time.

Most Israelis who identify as religious Zionists aren’t modern Orthodox. Most of them, if it comes down to it, would likely condone territorial compromise. And nearly half support some form of civil marriage while saying gay couples should be welcomed in Orthodox synagogues.

That’s what emerges from a poll of self-identified religious Zionists — or what Israelis call “national-religious” —  conducted by the Israel Democracy Institute think tank and released Wednesday morning. The bottom line: Religious Zionists are a lot more diverse than we thought.

In the past, explains survey author Tamar Hermann, Israelis equated the religious Zionist community with the 10 percent of Israelis who are modern Orthodox — the ones who wear knit kippot and knee-length skirts, who serve in the Israeli army and who work day jobs. In short, the characters on the hit TV show “Srugim.”

Religious Zionists’ views are also pretty diverse. Politically, it’s often assumed that they agree with the flagship religious Zionist party — the right-wing Jewish Home — which is socially conservative and strongly opposed to any withdrawal from the West Bank.

And though Hermann found that 78 percent of religious Zionists say they’re right wing, most of them, if it comes down to it, would probably condone territorial withdrawal. Sixty-two percent of respondents said Israel maintaining a Jewish majority is more important than Israel holding onto all the land between the Jordan River and Mediterranean Sea — what’s known as Greater Israel.

That means that if they had to choose between a Greater Israel with a Palestinian majority or a majority-Jewish Israel sans the West Bank, most would choose the latter. Somebody tell Naftali Bennett.

Lots of religious Zionists also want the Israeli government’s religious status quo to change. While a slight majority, 52 percent, want to keep Orthodox marriage as the only option for Israeli Jews, 45 percent want to allow some form of civil marriage — either for everyone or only for couples that can’t have an Orthodox wedding.

And as for religious people being anti-gay? That one looks like it’s changing too — albeit more slowly. The survey was split as to whether same-sex couples should (45 percent) or should not (48 percent) be welcomed in synagogue. That’s hardly a ringing endorsement of gay rights (indeed, a parade of Jewish Home candidates voiced opposition to same-sex marriage earlier this month) but it does show some increased acceptance for same-sex couples in the religious Zionist community.

Of course, there were plenty of signs of social and religious conservatism. Most religious Zionists oppose any public transit on Shabbat and think the decisions of religious Knesset members should be subject to rabbinic authority. Four-fifths think only people who are Jewish according to Orthodox Jewish law should be eligible for automatic Israeli citizenship. Half say any territorial compromise should be decided by a national referendum of Jews only. And nearly half say religious Zionists have better values than secular people.

But it’s no shock that many religious Zionists hold traditionalist views. The news here is that so many don’t.