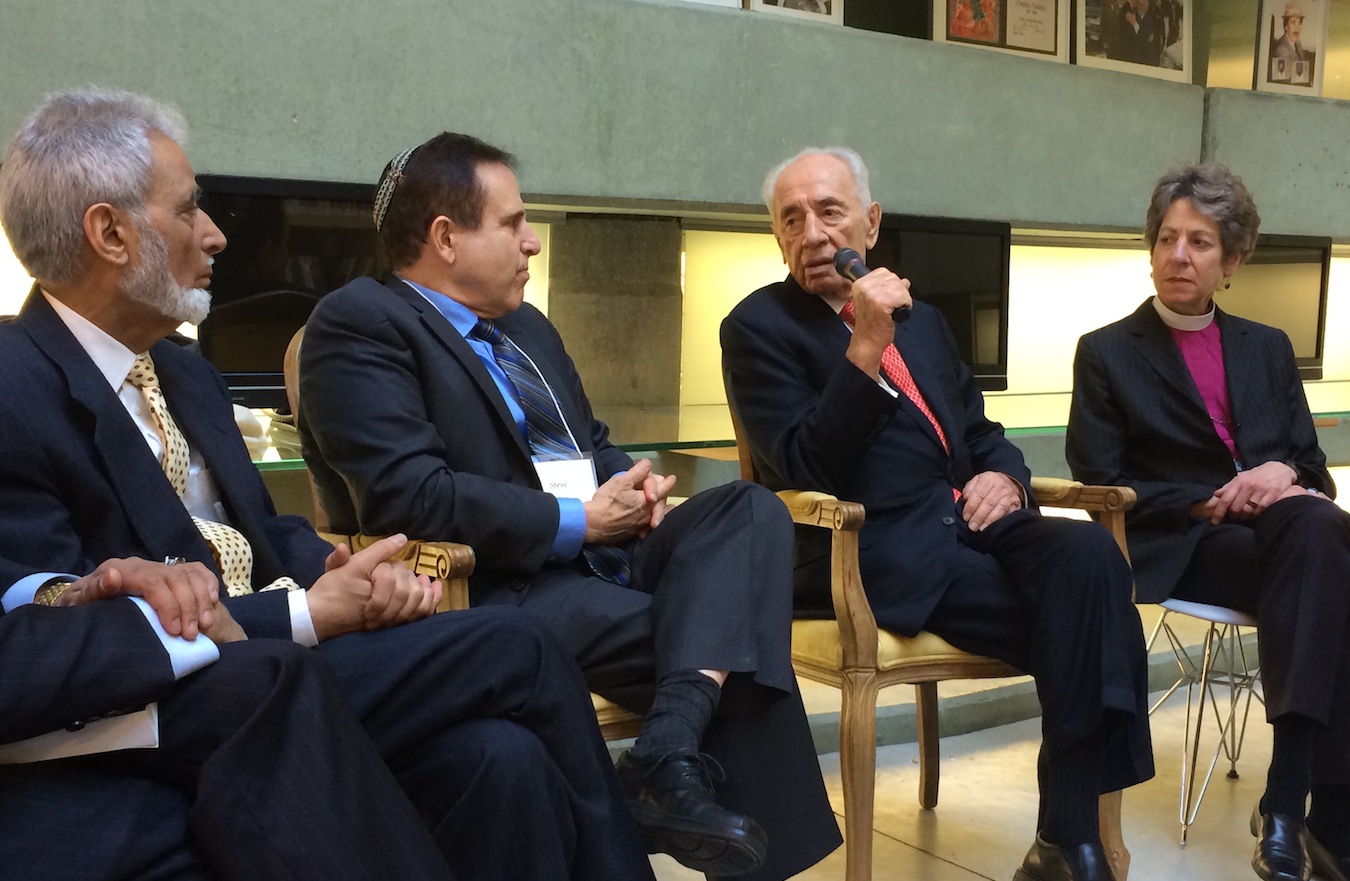 WASHINGTON (JTA) — After the deadly terrorist attacks in Paris last month, Kari Alterman heard from every one of her Detroit-area Muslim dialogue partners, all of them calling to express their sadness and concern.

They just didn’t do so publicly.

Statements condemning violence are normally made after formal dialogues sessions, said Alterman, the director of the American Jewish Committee’s Detroit office, and none had occurred since the attacks on the offices of Charlie Hebdo on Jan. 7 and a kosher supermarket two days later. But even so, Alterman understands the dilemma that Muslim leaders face when asked to condemn a terrorist attack.

“How do you assist your community if you’re only quoted publicly as putting it down?” asked Alterman, who spends much of her time engaging with one of the largest Muslim communities in the United States.

“It’s so hard when people paint our community with a broad brush, saying ‘the Jewish community thinks X’, when really we go from the far left to the far right,” she said. “To do so with the Islamic community, they’re not homogenous in any sense.”

For some Jewish professionals, it means choosing interlocutors carefully. National groups cited as problematic by Jewish professionals are the Muslim American Society, which has roots in the Muslim Brotherhood, and the Council on American Islamic Relations, which the Anti-Defamation League has said promotes anti-Jewish tropes like excessive Jewish power. The American Islamic Congress, a nonprofit that receives significant funding from the U.S. State Department, was cited as an appropriate partner by both the ADL and the AJC.

Jeremy Burton, the executive director of Boston’s Jewish Community Relations Council, said his group conducts direct dialogue only with Muslim groups that forcefully condemn terrorism and limits interactions with groups that do not — or which have ties to radical groups like the Muslim Brotherhood — to broader interfaith forums.

“We have to build relationships with those who are struggling from a moderate position for the soul of Islam,” Burton said.

Rabbi Marc Schneier, the co-founder of the Foundation for Ethnic Understanding, which promotes twinning days between Muslim and Jewish communities in the United States and abroad, said it is critical to engage directly with Muslims even if they do not condemn terrorism at the outset.

Radicalism “is a Muslim problem, and we have to challenge them on it,” Schneier said. “This battle must be fought from within Islam. We have to help those who can fight the battle to take on this responsibility.”

An analogous dilemma arises in dealing with groups that share the Jewish communal concern over Islamic radicalism but veer into anti-Muslim bigotry. That predicament was underscored last month when a Texas lawmaker, Molly White, posted on Facebook that she had instructed her staff to greet Muslim visitors with a demand that they renounce terrorism and pledge allegiance to the United States. The Republican state representative’s action drew a swift rebuke from the local ADL director.

Some groups, including the ADL, abjure such alliances entirely, but others enter into them cautiously, confining their cooperation to Israel advocacy. In Nashville last summer during the Gaza War, the local Jewish federation director spoke at a pro-Israel event organized by groups named by the Southern Poverty Law Center as anti-Muslim hate groups, including the Tennessee Freedom Coalition and Act For America. The federation did not co-sponsor the event.

“On the issue of Israel, we stand together with them in the hope that Israel will find the safety and security for its people,” Mark Freedman, the federation director, told JTA at the time.

Rabbi Steve Gutow, the president of the Jewish Council for Public Affairs, the public policy umbrella, said communal resistance to dialogue with Muslims has largely dissipated since 2007, when he faced difficulties shepherding a resolution through the council recommending local groups engage with Muslim partners.

“The level of opposition then was pretty strong,” said Gutow, who recently returned from an interfaith trip to Israel that included three rabbis, three imams and three Episcopal priests. “I don’t hear people standing up and saying we shouldn’t do it anymore.”

Yet some claim that American Jews are naive about the intentions of their Muslim dialogue partners, among whom radicalism is more widespread than it might appear.

“There’s lots of evidence that there are many radical leaders posing as moderates,” said Charles Jacobs, the Boston-based activist and founder of Americans for Peace and Tolerance, which aims to expose Muslim radicalism in the United States. On its website, the group calls out Schneier and the ADL by name for engaging with radicals under the guise of dialogue.

“Radical leaders exploit this Jewish wishful thinking to promote their agenda, which is to find a bridge into civil society to be accepted as moderates,” Jacobs said. “And what better bridge could there be than to get a Jewish hechsher?”

Burton said Jews engaged in dialogue understood these dangers, but argued that the problem is only made worse by suggesting all Muslims are a threat.

“We cannot be naive about the danger of Islamist radicalism having some traction in the United States,” Burton said. “But we only exacerbate the threat by painting too broad a brushstroke to the whole Muslim community in the country.”