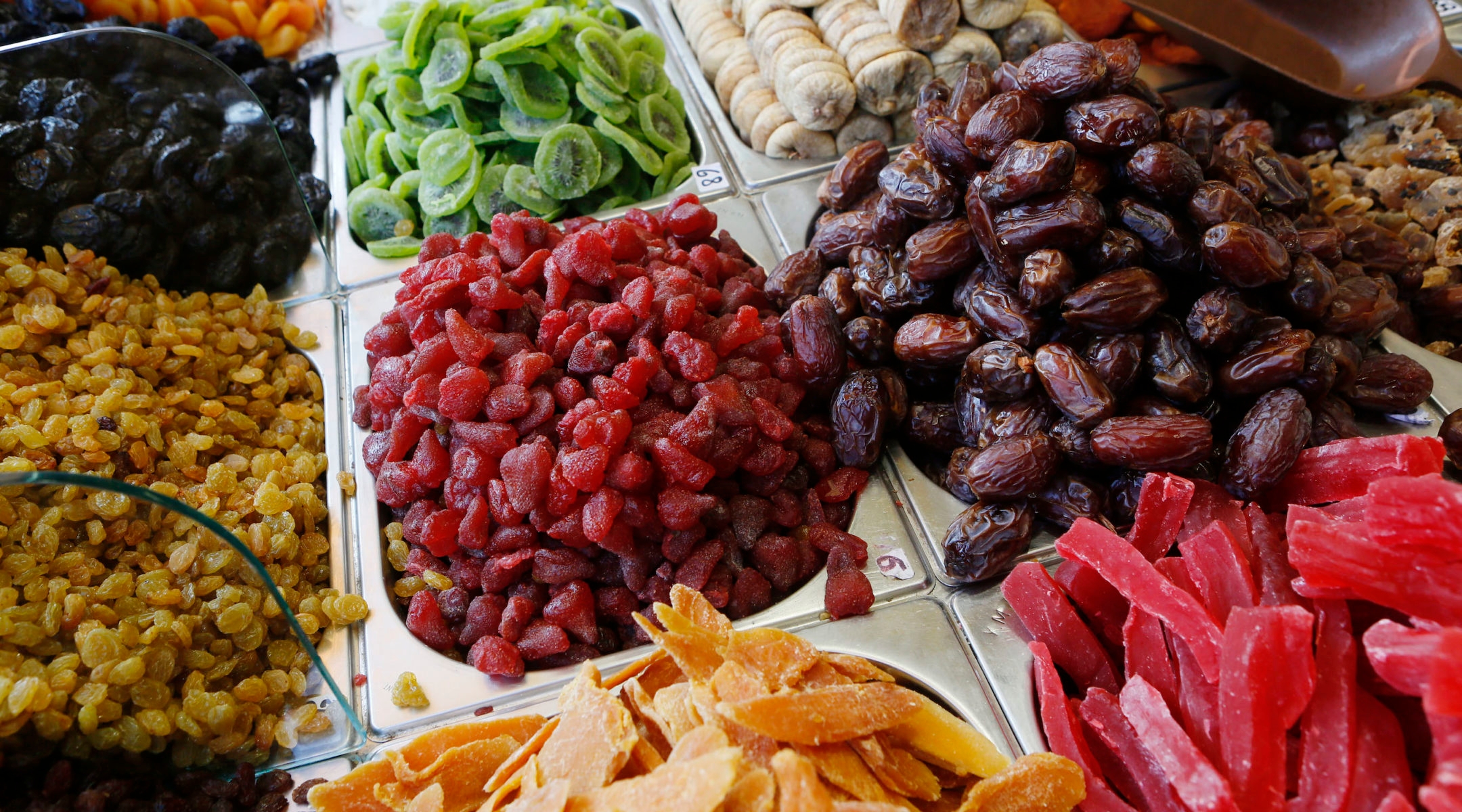 Dried fruits for sale at the Mahane Yehuda market in preparation for the Jewish holiday of Tu b'Shvat, Jerusalem, Jan. 20, 2013. (Miriam Alster/Flash90)
Advertisement

Celebrating Tu b’Shvat is a no-no for the Israeli political party Jewish Home.

The party on Wednesday was ordered to stop giving out dried fruit in honor of the holiday, after the Central Election Committee chairman Justice Salim Joubran ruled that the packages of fruit, which were labeled with the party’s logo and a holiday poem, violate an article of the election law that says campaigning “cannot be connected to giving out food or drink.”

The injunction against handing out the dried fruits followed a complaint from a Jerusalem resident.

Which means that party activists and volunteers will likely be snacking on dates and apricots for quite awhile, given that they reportedly prepared thousands of the packages.

Interestingly, bread does not seem to fall within the parameters of the election law. The Sephardic Orthodox Shas Party on Tuesday distributed pitas stamped with the words “Lapid is concerned with sushi; we are concerned with bread,” implying that Yesh Atid Party head Yair Lapid is more concerned about the middle class than the poor.

The party was not blocked from handing out its pitas.