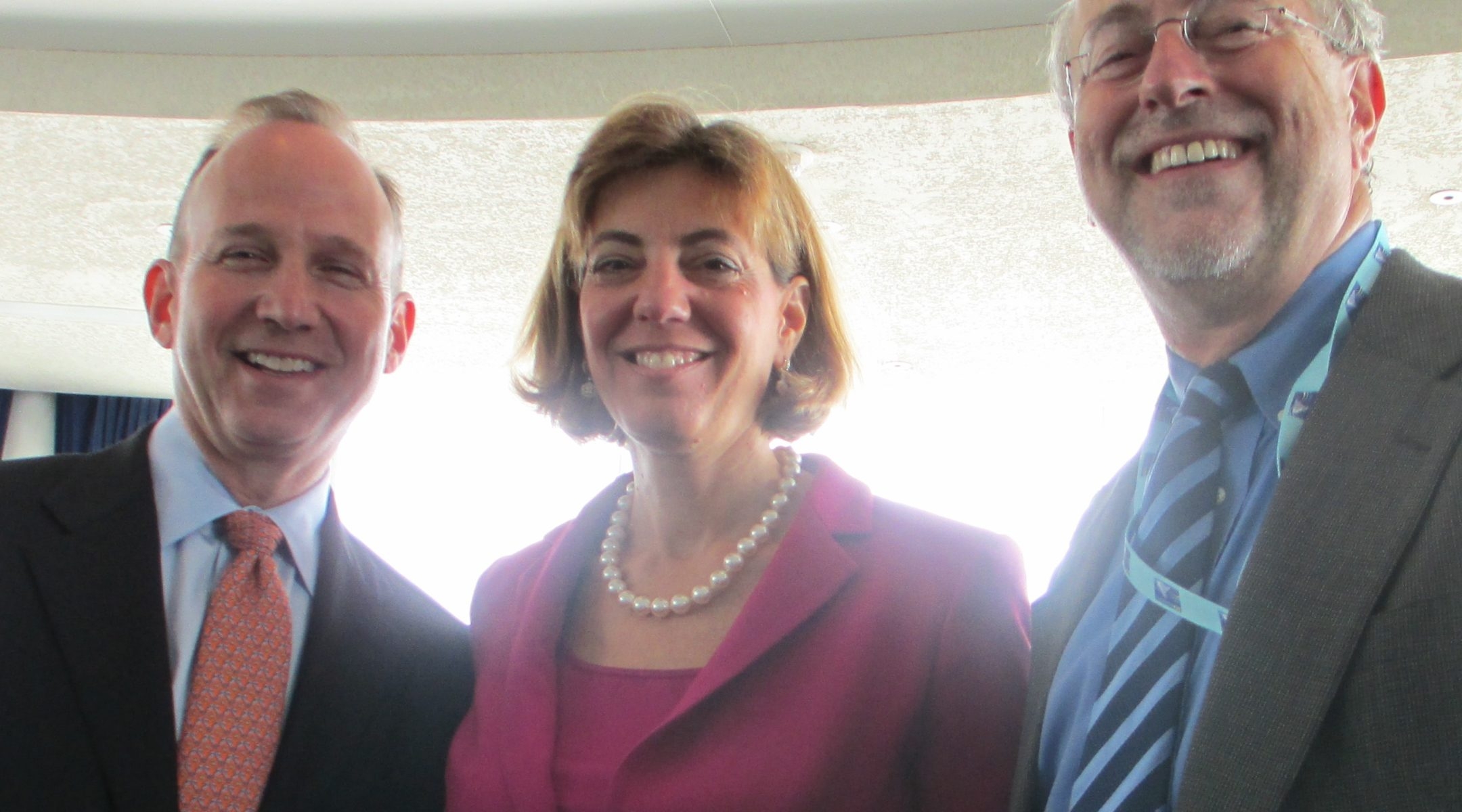 WASHINGTON (JTA) – During this year’s State of the Union address, Jennifer Laszlo Mizrahi was in a place familiar to her from her years as a leading pro-Israel fundraiser and activist: Tracking the speech for her favored topic.

It came just five paragraphs before the end, almost as an afterthought, and well after a substantial chunk of President Barack Obama’s speech addressed Iran and the threat it poses to Israel.

“I want future generations to know that we are a people who see our differences as a great gift, that we are a people who value the dignity and worth of every citizen — man and woman, young and old, black and white, Latino and Asian, immigrant and Native American, gay and straight, Americans with mental illness or physical disability,” Obama said.

“At least he mentioned” disability, Mizrahi said the morning after in an interview with JTA.

The experience has been a typical one for Mizrahi, who 2 1/2 years ago left The Israel Project, the pro-Israel media outreach organization she founded in 2002, to launch RespectAbility, which advocates for individuals with disabilities.

“My last year at The Israel Project, we raised $19 million in two-year pledges,” she said. “I’m raising no money on this. The Israel Project had 85 staffers when I left.” Now she has three full-time staff, three part-timers and three fellows.

Shelley Richman Cohen, a longtime activist for people with disabilities in the Jewish community and a member of RespectAbility’s board, describes an “ick” factor experienced by those not directly affected by disability.

“People don’t think it will happen to them,” Cohen said. “Israel is much easier to rally around.”

Mizrahi, 50, says the stigma is why she runs into walls among fundraisers, as well as politicians and the general public.

“People who have children with disabilities, there’s a lot of stigma – parents blame themselves as opposed to saying this is a natural part of life, all of us have the spark of God,” Mizrahi said. “It’s where gay rights was 20 years ago; people are in the closet.”

RespectAbility aims to bring disabilities out of the closet into two arenas: among employers and the Jewish community.

Just as Mizrahi hopes to bring people with disabilities into every workplace and not just those identified as disabilities-friendly, she wants the Jewish community to stop ghettoizing its disabled in synagogues, in schools and at summer camps.

“Everyone wants to say they’re inclusive,” she said of the Jewish community, “but when the rubber hits the road, we’re nowhere near there yet.” Mainstreaming the disabled involves much more than physical alterations, like ramps, but requires changes in attitude, Mizrahi says.

Jewish summer camps tended until recently to “have their [special-needs] kids be in separate groups instead of the same bunk, peer to peer,” Mizrahi said, adding that campers with disabilities often were reduced to “mascots.”

Now RespectAbility is involved, through the UJA-Federation of New York and the Foundation for Jewish Camp, in advising and training synagogues and camps on inclusion.

In schools, she cites as an example, teachers can be trained to help children with learning disabilities with little or no disruption to the school day.

Training teachers to adapt lessons to the different learning styles and abilities of individual learners – what is known in the field as differentiated instruction – has been shown to improve the school experience for all the children in the class, she says.

Jewish communities are learning to listen, in part because of Mizrahi’s advocacy, says Steven Rakitt, the CEO of the Jewish Federations of Greater Washington.

Mizrahi, whose training is in strategic communications, says her pro-Israel advocacy was a passion, but that she started The Israel Project only because she felt during the second intifada that it was desperately needed.

“I did it for 10 years and I’m very proud it,” she said, but toward the end, the long hours were “crushing my family life.”

As one who is dyslexic, spent a year in university in a wheelchair after being struck by a car and is now raising a child with multiple disabilities, Mizrahi felt motivated to improve things for people with disabilities.

“I started to think about what I wanted to leave this world,” she said. “This is my role in life.”

The pro-Israel advocacy background has helped. Years of interactions with federal politicos made it easy to transition to lobbying in state government, where most job creation occurs.

Mizrahi contacted Delaware Gov. Jack Markell, whom she knew from when they both were members of the Young Leadership Cabinet of the United Jewish Communities, a predecessor to Jewish Federations of North America. Markell made employment for the disabled the signature theme when he was chairman of the National Governors Association in 2012-13.

“He helped me meet with his peers,” Mizrahi said, noting that she has met with 33 governors. She is encouraging states to revamp employment programs for the disabled, saying that a lot of money is being spent with few results.

Markell, who told JTA Mizrahi brings an “intense focus” to whatever she does, said targeting governors made sense because so much of their focus is on employment creation.

“All governors want to be the ‘job governor’,” he said. “We ought to focus on being the job governor for everyone.”

Reviewing the data, Mizrahi saw that 70 percent of people with disabilities –  20 million people – are not in the workforce.

“I realized there had been zero progress for employment outcomes since the passage of the Americans with Disabilities Act 25 years ago in July,” she said.

Mizrahi knows how to get politicians to listen, says Rep. Brad Sherman (D-Calif.), who was on The Israel Project’s board.

“Jennifer understands politics both in the sense of what it takes to get a message across nationwide and to get people who hold office and leaders in the community to focus on the right thing,” he said.

Through Mizrahi, Sherman says, he now understands that he’s a “TAP” – a temporarily abled person.

“The fact is, at some point, everyone is going to face challenges,” he said.