From Croatia to Israel to the NBA? 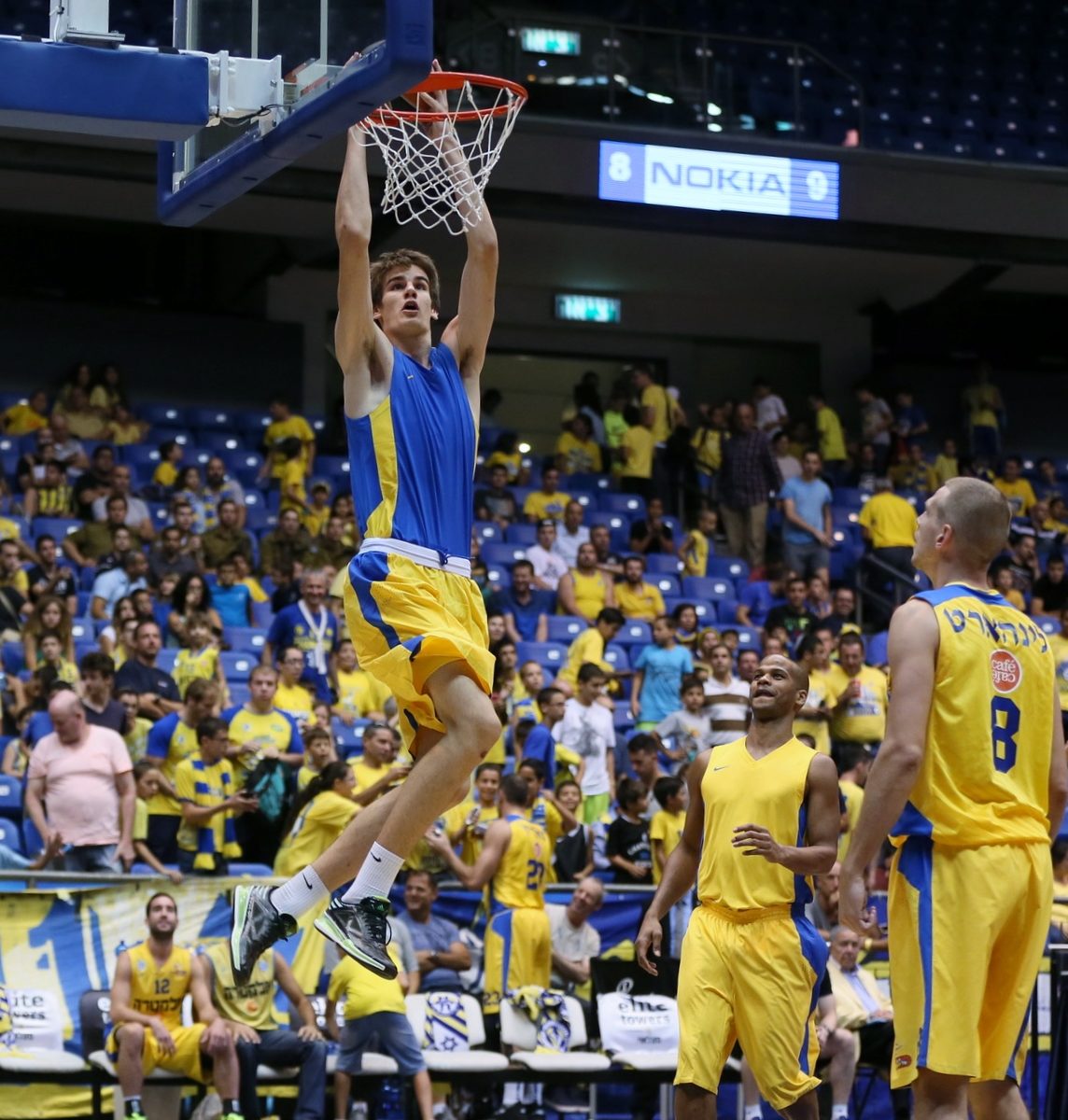 Dragan Bender dreams of dunking one day in the NBA. (Courtesy of Maccabi Tel Aviv BC)
Advertisement

Dragan Bender, a 17-year-old from Croatia, is heading to New York City for this weekend’s NBA All-Star Game festivities to see the likes of LeBron James and Kevin Durant. The Israeli team Maccabi Tel Aviv believes Bender, a 6-foot-11 power forward, could one day be playing in the game. So do scores of other European clubs and U.S. college coaches who recruited him.

Bender plays in Maccabi’s new youth basketball academy, but is likely to be promoted to the big club for next season. In New York he will scrimmage and practice with top international junior players while attending the weekend’s main events — the Rising Stars Challenge, the Slam Dunk Contest and the All-Star Game itself — at the arenas that the Brooklyn Nets and the Knicks call home.

Also this weekend, a Maccabi youth team will be playing at a tournament involving teams from the city’s five boroughs.

“I’m very excited because this is a big event for me,” Bender told JTA, referring to the scrimmages and practices. As to the main events, Bender said he’s most looking forward to watching NBA stars like James and Durant, as well as brothers Pau and Marc Gasol.

One person he won’t see is his brother Ivan, a freshman forward with the University of Maryland, who can’t make it to the Big Apple, although he did visit Dragan in Israel two months ago.

Bender signed a seven-year contract in 2014 with Maccabi, but he can leave for the NBA after four years. As to whether he can imagine taking the court as an NBA All-Star, he stated the obvious: “That’s a dream every basketball player has.”