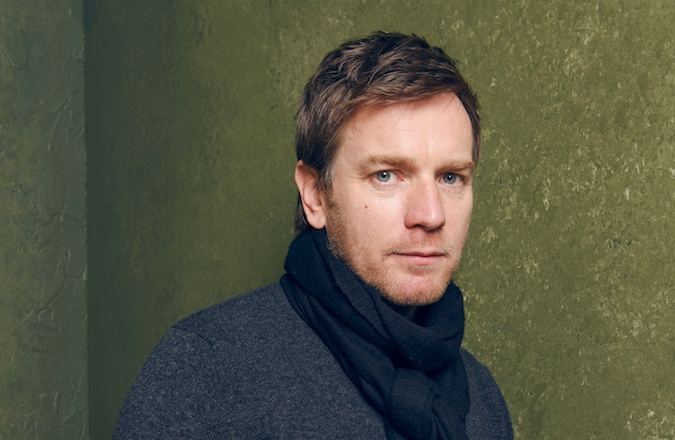 Ewan McGregor, the acclaimed Scottish actor known for his roles “Trainspotting” and the “Star Wars” franchise, announced on Wednesday that he will make his directorial debut at the helm of “American Pastoral.”

“I’ve wanted to direct for years and wanted to wait until I found a story that I ‘had’ to tell, and in this script I knew I had found that story,” McGregor said in a statement.

McGregor was already slated to play the novel’s Jewish protagonist Seymour “the Swede” Levov alongside Jennifer Connelly and Dakota Fanning. Australian filmmaker Philip Noyce was previously slated to direct the film but had recently left the project.

“Ewan’s talent goes far beyond his onscreen work and we’re excited to be working with a director who is as passionate as we are about telling the story of ‘American Pastoral,’” said producer Tom Rosenberg in his own statement.

“American Pastoral” is one of Roth’s most well-known novels and was included in Time magazine’s list of the All-TIME 100 Greatest Novels. The book, narrated by Roth’s recurring alter-ego Nathan Zuckerman, focuses on successful businessman Seymour “the Swede” Levov and the unraveling of his idyllic family life. The Swede — so called because of his blonde hair, anomalous for an Ashkenazi Jew from Roth’s native Newark — was a star athlete in high school and Zuckerman’s idol, but his daughter’s emotional problems spell serious trouble for his family and reputation.

McGregor is decidedly not Jewish in any way, though it may be worth noting that he plays Jesus in “Last Days in the Desert,” one of his upcoming films. But based on his success on all levels of the film industry, from small-budget independent flicks to blockbusters like “Star Wars” and “Moulin Rouge,” it is safe to say that Roth’s classic is in good hands.