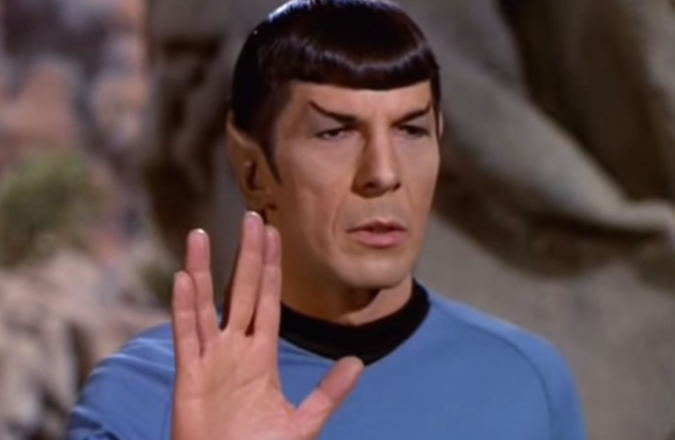 Leonard Nimoy, who played the overly logical part-human, part-Vulcan hero Spock on “Star Trek,” passed away Friday at the age of 83.

Though he had a wide-ranging career that included acting on stage and screen, directing, and writing, Nimoy was (and will be) forever associated with Spock.

The character’s signature gesture, as most people with moderate pop culture knowledge know, was his split-finger Vulcan salute greeting.

The salute, which Nimoy devised himself, was taken from a Jewish prayer. The split-finger gesture represents the Hebrew letter shin.

In the video below, Nimoy digs deeper into the salute’s Jewish origins.