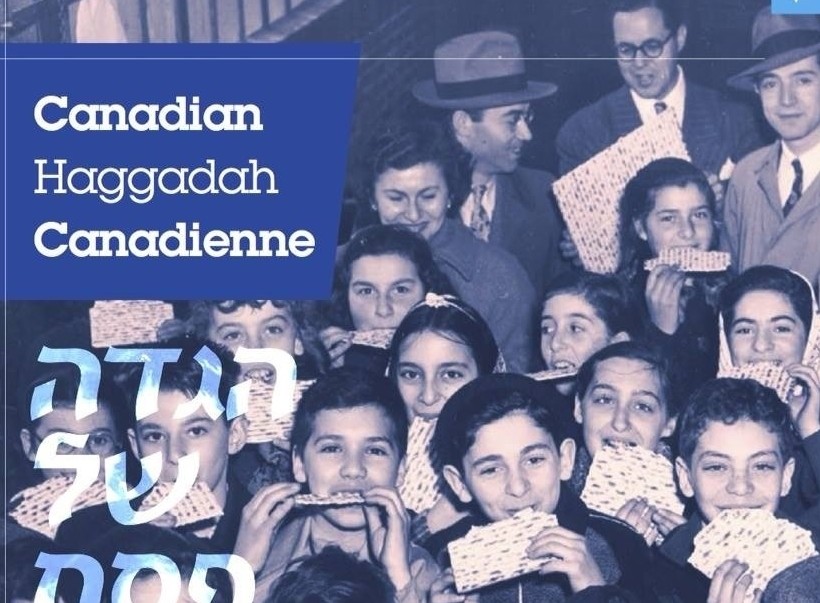 The new Haggadah is in English, French and Hebrew, and it features archival photographs of the Canadian Jewish community.

In this rendition of the Passover story, the Children of Israel do not play ice hockey or drink kosher l’Pesach maple syrup.

But the first-ever Canadian Haggadah does have a distinctly Canuck vibe.

For one thing the Canadian Haggadah Canadienne is in three languages – English, French and Hebrew. And instead of the standard illustrations of the Israelites building the pyramids or Moses parting the Red Sea, it features archival photographs that trace the history of Canada’s Jewish community, the world’s fourth largest.

The volume offers “a Canadian perspective on our timeless story of freedom – our Jewish history as seen through Canadian eyes,” states its introduction.

A unique Canadian gestalt has been brought into sharper focus for Scheier since he’s an American who came north 11 years ago. Marceau, a French Quebecer who converted to Judaism in 2004, claims a similar cultural awareness, because he was raised “on the border” between English-speaking and Francophone Canada.

“When you have people around the table who speak different languages, even though they understand the other, they are not comfortable enough.”

The two talked and concluded, “Maybe we’re the ones who should be on that bridge, making sure that Canadian Jews can celebrate together,” Marceau said.

Interspersed with commentary from 20 rabbis across Canada, spanning all denominations, are some 100 archival pictures of Jewish life from every region of the country: William Goldbloom stands proudly before his fur-and-hide store in Prince Rupert, British Columbia, in 1921; Grizzled Jewish prospector Marco Zimmerman stakes his claim in the Yukon Territory circa 1920; a doe-eyed immigrant boy arrives from Lisbon just days before Passover 1944; visiting Israeli dignitaries are all smiles in a meeting with Canadian leaders; Canadian Jews demonstrate on behalf of Soviet Jewry in the 1970s.

The Haggadah cover shows a gaggle of children munching on matzah at the 1948 opening of a matzah factory in Montreal.

And, of course, there’s an obligatory hockey moment among the book’s photos: Current Prime Minister Stephen Harper hoists a Team Israel jersey on his visit there last year.

“There so much flavor and so much that should start a conversation about what it means to live as a Jew in Canada and how deep our roots are,” Scheier said.

The Haggadahs are on sale for $20 each at Judaica stores in Toronto and Montreal and at Amazon.ca. They are scheduled to be available in Montreal on March 12, Toronto on March 18 and Ottawa on March 19.