Don’t know whom to vote for tomorrow? Ask the ‘Talmud’ 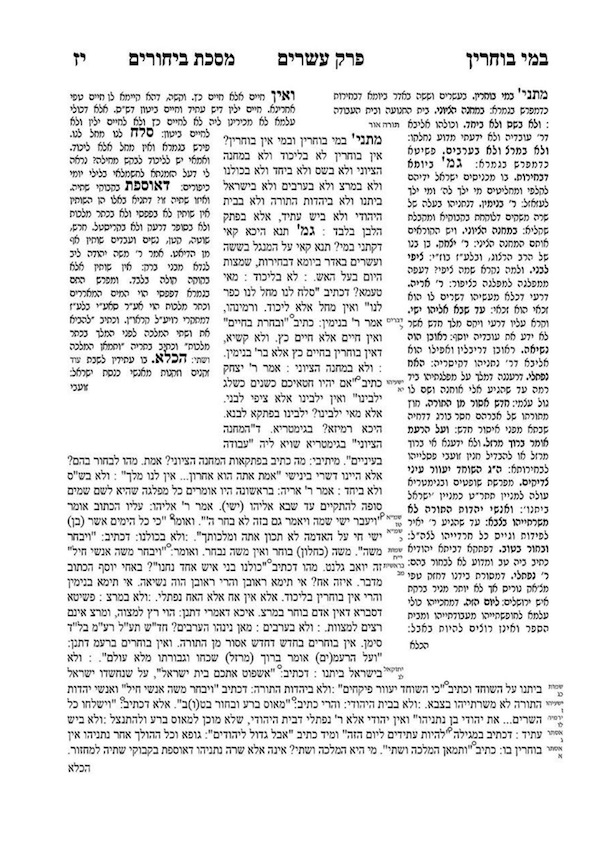 A page from the Talmud’s “Tractate Voters” concludes no party is worthy of a vote. (Courtesy photo)

Thus begins page 17 of the Talmud’s Tractate Voters. It continues: “One should not vote for Likud or Zionist Union or Shas or Yachad or Kulanu or Meretz or the Arabs or Israel Is Our Home or Yahadut HaTorah or The Jewish Home or Yesh Atid, but, rather, solely for the empty ballot itself.”

This page of Talmudic commentary was penned not by a second century rabbinic sage but by Doron Chitiz, a Judaic-studies teacher in the Israeli city of Raanana who, in the spirit of the recent Purim holiday, injected some cynicism into the otherwise heavy political campaign preceding Tuesday’s elections.

The South Africa-born Chitiz, 29, studied in yeshiva during college and ably employed the Talmudic style in his spoof, including abundant biblical citations and rabbinical-logical conclusions.

While writing previous Talmudic-themed Purim spiels — those tackled alcohol and soft-drink choices — Chitiz created a template for the body of the text along with faux analysis in the two margins by 11th-century scholar Rashi and the medieval commentators known as Tosafot, blending Hebrew and Aramaic and employing Rashi’s particular typography. 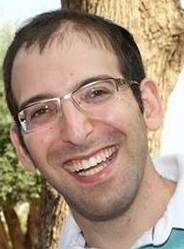 This year’s edition is so sharp that readers might imagine those rabbinic legends duly impressed, nodding in affirmation while stifling guffaws.

Chitiz, who will vote for Prime Minister Binyamin Netanyahu’s Likud Party, is an equal-opportunity skewer.

Not Likud, his Talmud writes in Tractate Voters (page 17 for the March election date; Chapter 20 for the new Knesset edition), because of the Yom Kippur plea, “Forgive us, pardon us, atone for us.” M’chal, Hebrew for pardon, happens to be Likud’s ballot symbol.

On Likud’s need for pardoning, Tosafot helpfully explicate: “Apparently, for her summoning an electrician on Yom Kippur night,” the “her” being Netanyahu’s wife Sara, who was accused of that very transgression in a recent state comptroller’s report.

Not Zionist Union, as per Isaiah 1:18: “Though your sins be like scarlet, they shall whiten as snow.” Whiten, Chitiz’s Talmud infers, refers to the party’s co-head, Tzipi Livni (her surname’s root is “white”), and also the blank ballot.

Not Kulanu, because Exodus 18:25 states: “Moses chose,” not that Moses was chosen, a reference to party leader Moshe Kahlon.

Not Meretz, derived from the injunction to run to perform mitzvot, whereas Meretz (whose root means run), an avidly secular party, employs no such haste.

And on and on, one sacred cow after another falling to Chitiz’s dagger.

When he passed around photocopies to fellow Purim dinner attendees, those possessing a sense of humor laughed, Chitiz said. Those without critiqued stylistic incongruities with the actual Talmud.

Chitiz will review the text with his students as a civics lesson. Later on, they’ll have to write a report in Talmudic form.

As to his plans Tuesday, when the country traditionally shuts down and Israelis fill every grassy spot for barbecues, Chitiz will follow his own Talmud’s order: “On the 26th of Adar, Election Day, it’s a mitzvah to grill.”