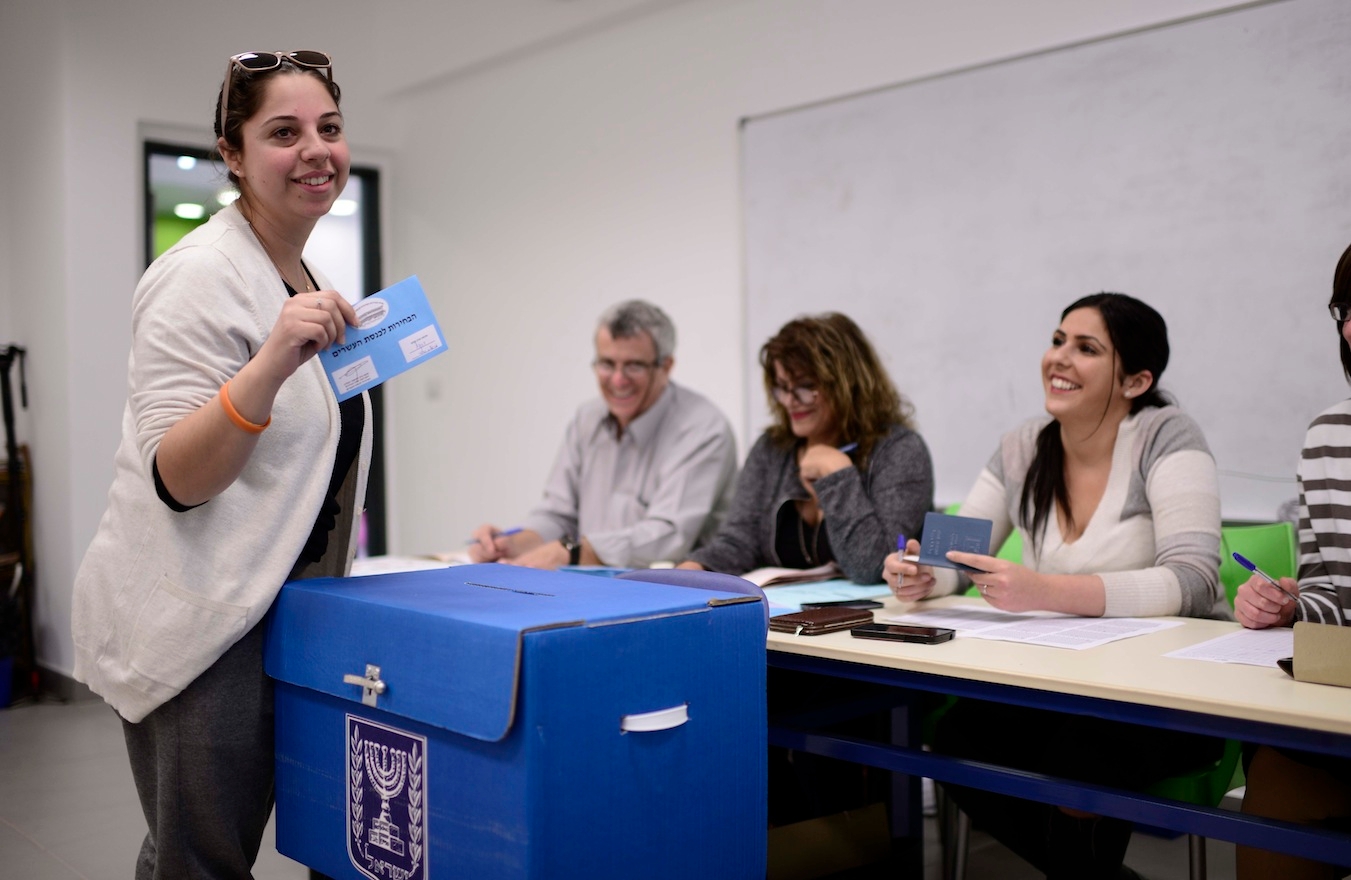 TEL AVIV (JTA) — Relaxing on a bench on Rothschild Boulevard here, first-time voters Ellie Ashkenazi and Ziv Oran, both 18, talked about wanting to oust Prime Minister Benjamin Netanyahu. But they couldn’t agree on which party to support to meet that end.

Voters needed to close ranks around Netanyahu’s main challenger, Isaac Herzog, Ashkenazi said, adding that the the policies of the staunchly leftist Meretz — not least the idea of dividing Jerusalem — were too “brutal” for her.

“I’m left wing, I believe in Bougie and I want to replace Bibi,” she said, using the nicknames for Herzog and Netanyahu. “I’m worried about Bibi winning again. Anything is better than Bibi.”

Much to her chagrin, Oran had cast his ballot for Meretz — “to annoy me,” Ashkenazi joked, nudging him. But Oran worried that with left-wing votes consolidating around Herzog’s center-left Zionist Union, Meretz would not acquire enough votes to even enter Knesset and its voice would be absent.

“I believe in their social policies,” Oran said. “I’m center-left and I want them in Knesset. Meretz will recommend Herzog [to be prime minister], so you’re not losing votes.” 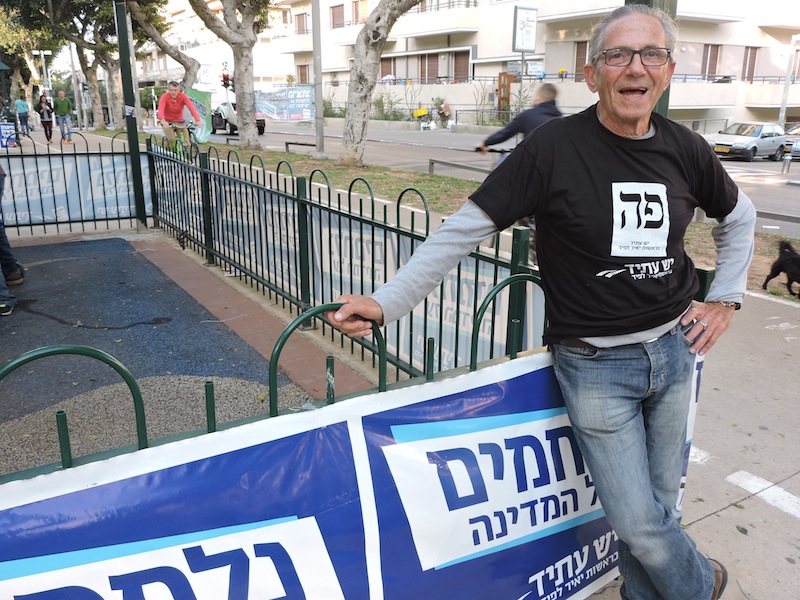 In Tel Aviv and Jerusalem, voters took advantage of the Election Day national holiday to stroll the streets with their kids, picnic on urban patches of grass and go shopping. They walked among political banners and dodged volunteers angling to stop them with a last-minute appeal.

But behind the carefree attitude, voters were divided — not just between left and right, but between whether to support the flagship party of their political camp or one of the smaller, more ideologically driven factions.

“There shouldn’t be extremes this way or that,” said Yakir Yaakovi, 23, a dried-fruit merchant in Jerusalem’s Mahane Yehuda market and a Netanyahu voter.

“He’s the only real one, he doesn’t mess around,” Yaakovi said of the incumbent. “If the left governs, God help us. There will be a civil war.”

The late Likud push reflected fear that it could lose the election as right-wing voters defect to other parties. Netanyahu gave several interviews over the weekend and spoke at a large rally in Tel Aviv to warn against right-wing division. On Election Day, Likud sent out a controversial message urging voters to come out, warning that “droves” of Arab-Israelis were heading to the polls.

Such efforts didn’t faze Gershon Swimmer, who moved to Israel in 2008 from Atlanta and was voting for Jewish Home, the religious Zionist, pro-settler party headed by Economy Minister Naftali Bennett. Swimmer felt confident that Netanyahu would win reelection and wanted to push him further to the right.

“I feel Naftali Bennett and the party represent me,” he said, sitting at a restaurant on Jerusalem’s Ben Yehuda Street. “He doesn’t want to give back land, he’s strong on the economy and he’s religious.

“I think Bibi will probably be prime minister. I’m more worried the left will get in the government and give away the country. I want to vote to help push Bibi to do the right thing.”

Some voters hadn’t chosen a side in the Netanyahu-Herzog debate. Florist Roi Mothada, 27, voted for the centrist Kulanu, which has emphasized its economic platform and plans to join the coalition whether it’s left wing or right wing.

“I don’t support one or the other,” Mothada said, referring to Netanyahu and Herzog. “One will be elected, but I want Kulanu to be as strong as possible. It’s a decision between bad and worse.”

Some voters went even further in their protest against both left and right. Haya Dahan, a 47-year-old mother of two, cast a blank ballot, writing in her young daughter’s name instead of choosing any of the 25 possible parties. In Israel, such ballots aren’t counted as valid votes.

“I don’t know who to vote for,” she said. “I don’t trust anyone. I hope in four years someone will prove themselves.”