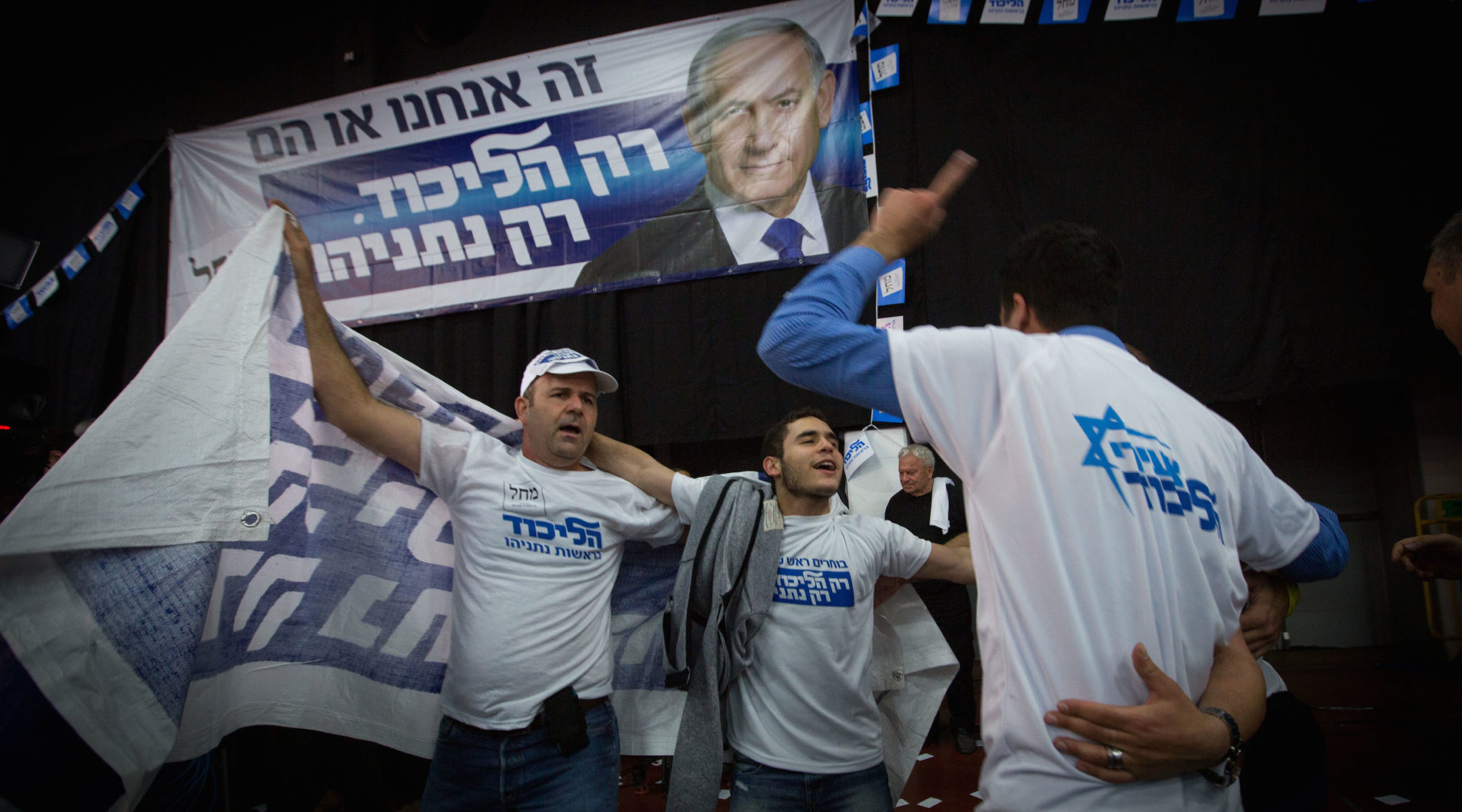 If you’re just tuning in, Benjamin Netanyahu will be Israel’s next prime minister. Again.

But who will be in his coalition? What will be Kulanu chief Moshe Kachlon’s price for entering the government? What does Zionist Union leader Isaac Herzog do now? 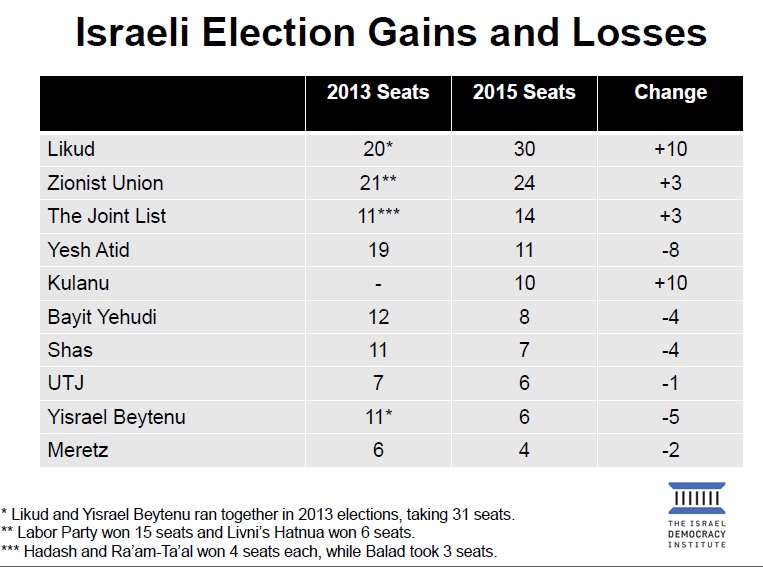 Stay up to date with JTA’s Israel Election updates:

The Israeli prime minister now has what he said he wanted when he called for new elections: a relatively easy path to forming a coalition with his “natural partners.”

Here are some options for Netanyahu’s next coalition.

5 takeaways from the Israeli election

Who will join forces with Netanyahu this time around?

Abbas: Will talk to any Israeli gov’t that backs Palestinian state

Palestinian Authority President Mahmoud Abbas said through a spokesman that he will talk to any Israeli government that accepts a two-state solution as the basis for negotiations.

The Zionist Union leader said he will lead the opposition rather than join an “extreme right government” with Benjamin Netanyahu’s Likud Party.

The Zionist Union party did better in Tel Aviv than Likud did in Jerusalem.

In an election with the highest voter turnout since 1999, a record 28 women were chosen for the parliament.

As Netanyahu’s Likud Party surged to 30 seats with 99 percent of precinct reporting, Herzog called the prime minister to concede defeat.

After Netanyahu’s decisive victory, the chief Palestinian negotiator declared that the Palestinians will “accelerate, continue and intensify” legal efforts at the Hague.

Trailing in the polls for several weeks, Netanyahu effected a dramatic turnaround to soundly defeat his principle challenger.