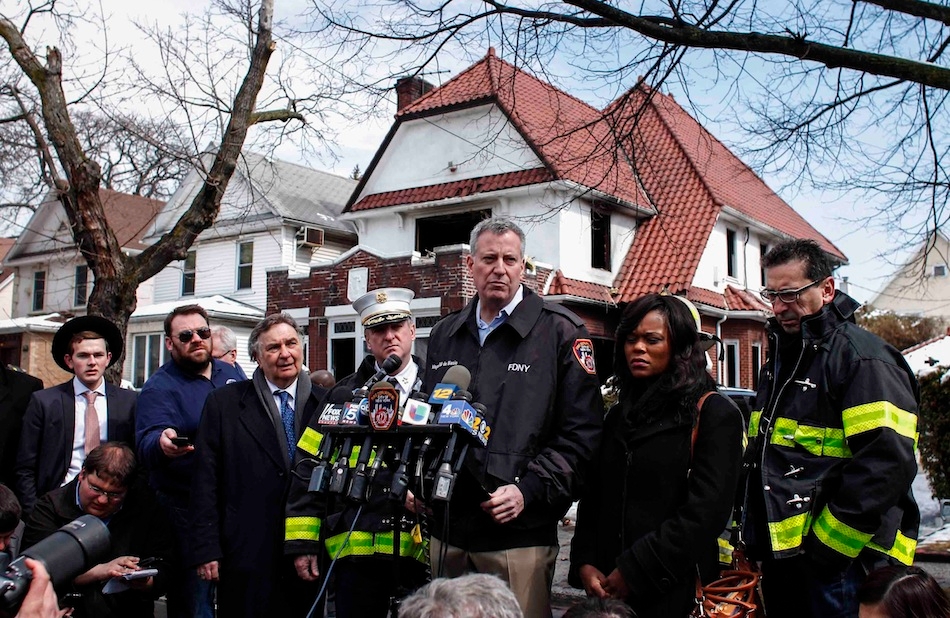 (JTA) — A memorial service will be held in New York for the seven children from an Orthodox Jewish family who perished in a Brooklyn house fire before they are buried in Israel.

The service for the Sassoon children, ages 5 to 16, was set for Sunday, with the burials in Jerusalem the following day. The family had moved two years ago from Israel to be closer to relatives, The New York Times reported.

A malfunctioning hot plate is believed to have caused the blaze overnight Friday.

The children’s mother, Gayle, and her 14-year-old daughter remain in critical condition and are on respirators, The Associated Press reported. They do not know of the deaths of the other family members.

The father, Gabi, who was away from home at a religious conference when the fire occurred, was still in shock after learning of the tragedy on Saturday night, according to the AP, citing an unnamed friend of the Sassoon family.

Authorities identified the victims as girls Eliane, 16; Rivkah, 11; and Sara, 6; and boys David, 12; Yeshua, 10; Moshe, 8; and Yaakob, 5. They were all found upstairs bedrooms of the two-story brick-and-wood single-family home in the Midwood section of Brooklyn.

“The horrific tragedy that struck the Sassoon family has left all of us deeply shocked and saddened,” state Assemblyman Dov Hikind, who represents the district that the family lives in, said in a statement.

Hikind urged his constituents to check that their smoke detectors are working and the safety of their hot plates.

“Our community is reeling from this unspeakable catastrophe,” he said. “Our prayers are with the Sassoon family, and we will continue to pray for the speedy recovery of the survivors.”

Gayle Sassoon reportedly grew up in Brooklyn, was married to her childhood sweetheart and divorced, and moved to Israel, where she met her husband and had eight children, The New York Times reported.