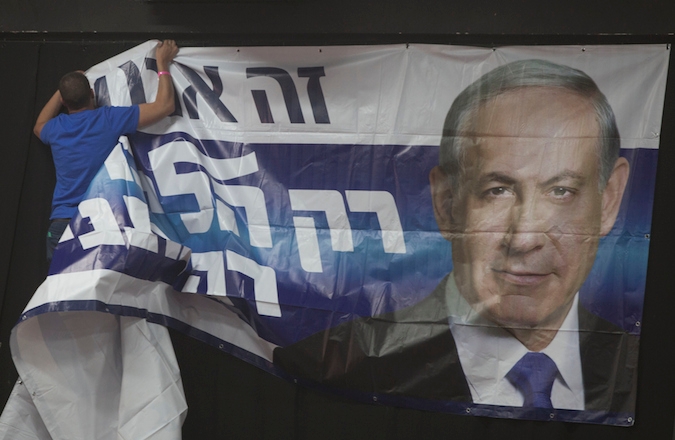 (JTA) — Prime Minister Benjamin Netanyahu apologized to Arab-Israelis for his Election Day remark about them voting “in droves.”

“I know that what I said a few days ago offended some of Israel’s citizens, offended Israeli Arabs,” Netanyahu told representatives of the Arab community during a meeting at his Jerusalem home on Monday. “I had no intention of doing so. I am sorry for this.”

In a video posted on his Facebook page on Election Day, Netanyahu urged his right-wing supporters to vote to counteract the Arab-Israelis who he claimed were voting “in droves” with assistance from foreign groups. The statement was widely criticized, and President Barack Obama told reporters he had expressed concern about it in a Thursday phone conversation with Netanyahu. Israeli President Reuven Rivlin also condemned the statement.

While the Arab-Israeli leaders at the meeting Monday applauded the apology, Israel’s Joint Arab List, which won the third most Knesset seats in last week’s election, rejected it, according to Israel’s Channel 2.

“The racism of Netanyahu and his government will not end with the inciting statement that he distributed during the elections,” the Joint Arab List said in a statement. “Racist legislation and exclusionary, discriminatory policies are Netanyahu’s working plan also for the coming Knesset, so we can only reject his apology and continue our struggle for equality for the Arab population.”

Speaking to the Arab-Israeli leaders on Monday, Netanyahu emphasized his record of “tremendous investment in minority communities” and noted that he regards himself “as the prime minister of each and every one of you, all the citizens of Israel, regardless of faith, ethnicity or gender.”

Arab Knesset members had demanded that Rivlin force an apology from Netanyahu for his remarks and said they would ask Attorney General Yehuda Weinstein to recommend that the prime minister be tried for his comments, according to the Times of Israel.