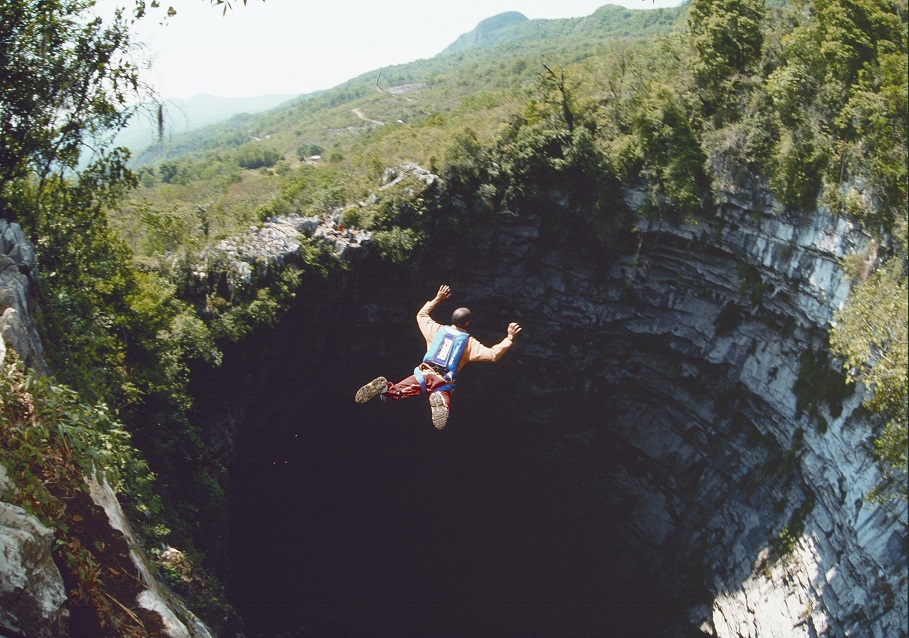 BOULDER, Colorado (JTA) – Omer Mei-Dan has jumped off more cliffs than he can count — not to mention helicopters, skyscrapers and bridges. Just don’t call him a skydiver.

An orthopedic surgeon and extreme sports athlete, Mei-Dan, 42, is a BASE jumper — one of an estimated 1,500 to 3,000 worldwide who jump from the fixed platforms for which the sport is named: buildings, antennas, spans and earth. Skydiving is a cakewalk by comparison.

Because BASE jumpers leap from much lower altitudes, they often have mere milliseconds to deploy their parachutes. And for leaps that involve hazards below, like craggy mountainsides or steel structures, the risks are exponentially greater. To guide and control their falls, jumpers often don wingsuits, which make them look like bats or flying squirrels.

Perhaps not surprisingly, BASE jumpers are killed with alarming regularity. Even a tiny mistake or misfortune — a gust of wind, impeded visibility, an equipment mishap — can mean sudden and violent death.

But that’s all part of the thrill.

“I like being afraid, I like the fear, I enjoy it,” Mei-Dan told JTA in an interview in Boulder, where he lives with his wife and three children. “In BASE jumping, every small thing dictates life or death. It makes me feel vibrant. Extreme sports athletes have the ability to sustain, cope with and enjoy the amount of stress other people would define as bad experiences.”

Mei-Dan, who was born in Israel and moved to this city in 2012, stands out among BASE jumpers because he has found a way to combine his passion for extreme sports with his other area of expertise: medicine. A highly sought-after orthopedic surgeon with a robust medical practice at the University of Colorado in Denver and Boulder, Mei-Dan studies extreme sports athletes, operates on them and helps other physicians understand how to guide their rehabilitation.

While he was in medical school, Mei-Dan was a Red Bull-sponsored extreme sports athlete. He did stunts for corporate sponsors like McDonald’s and Coca-Cola. Last winter, the doctor starred in a 10-episode show on Fox Sports called “Cutting Edge, MD” that focused on Mei-Dan’s treatment and rehabilitation regimens for injured professional athletes.

Mei-Dan’s own extreme athletic activities are not limited to BASE jumping. He does backcountry skiing and ice climbing in the winter, whitewater kayaking in summer, and rock climbing and mountaineering all year long. 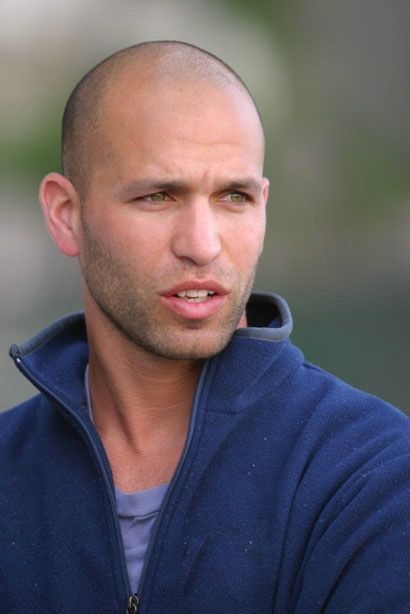 Dr. Omer Mei-Dan on BASE jumping: “I like being afraid, I like the fear, I enjoy it.”

Raised on Kibbutz Ein Hamifratz north of Haifa, Mei-Dan’s outdoorsy pursuits began on a surfboard in the Mediterranean at age 10 and quickly escalated. His father was a pediatrician and Mei-Dan was always interested in medicine, but his drive to become a physician was strengthened in the Israel Defense Forces, where he says he couldn’t abide standing on the sidelines while comrades were injured. A paratrooper, Mei-Dan also found he really liked jumping.

While studying medicine at Ben-Gurion University of the Negev in Beersheba, Mei-Dan spent about three months a year traveling abroad indulging his extreme hobbies. He picked up sponsors like Red Bull and Nissan, did stunts for National Geographic and Discovery, and launched his own production company, ExtremeGate, to document his adventures. His mostly Israeli production team includes his wife, Hagit, whose sport of choice is open-water swimming. In Israel, Mei-Dan has jumped off the Azrieli towers in Tel Aviv, went cliff diving near the Dead Sea and jumped from all manner of flying vehicles.

Extreme sports athletes differ from other sportsmen in their physiology, endocrinology and even psyches, and need to be treated differently, Mei-Dan says. For example, a doctor who knows when to clear an injured soccer player to resume playing may not know enough to do so for rock climbers or BASE jumpers. The doctor might not realize, say, that a dislocated shoulder injury could lead to a BASE jumper’s death if he loses the dexterity to pull his chute while in flight.

Mei-Dan outlined different approaches to treatment in a medical textbook he published in 2013, “Adventure and Extreme Sports Injuries: Epidemiology, Treatment, Rehabilitation and Prevention,” and last June he organized an international conference on extreme sports medicine in Colorado.

Mei-Dan says his research suggests that extreme sports athletes are not subject to the post-traumatic stress that might affect others who witness gruesome fatalities or undergo frequent near-death experiences like those facing BASE jumpers.

“These types of people are wired completely differently,” he said. “BASE jumpers are immune to PTSD.”

The Israeli doctor, who has the trim physique of a rock climber, hasn’t escaped all his feats unharmed. A two-inch scar on his clean-shaven scalp is the result of striking a cliff. He also has cracked his pelvis, dislocated his ankle, torn his elbow and cracked ribs. On average, Mei-Dan says he needs one or two reparative surgeries per year. He’s also seen many of his friends die right in front of him — something he shrugs off with the insouciance he says is necessary for extreme athletes.

“Seeing fatalities, experiencing near-misses, injuring myself and having surgery — it’s all part of jumping,” Mei-Dan said.

In his younger and more careless days, Mei-Dan often would give his jumps a twist to make things more exciting — and perilous. When he jumped from the Eiffel Tower, Mei-Dan and his jumping partner, Jeb Corliss, compounded the danger by jumping through the center of the monument rather than off it, falling through the hollow centers of the viewing platforms before deploying their chutes some 200 feet above the ground.

“The margin of error was about one-tenth of a second,” Mei-Dan recalled, noting that a jumper that tried soon afterward to replicate the stunt died in his attempt.

One thing Mei-Dan does not do before he jumps is appeal for divine help.

“No prayers will come out of this mouth,” he said with a chuckle. “I’m more atheist than anything else.”

Mei-Dan came to Boulder three years ago, lured by a great job, proximity to the mountains and a culture that reveres the outdoors. When fresh snow fell in Colorado in late February after a long dry spell, Mei-Dan woke early that Monday morning to ski the backcountry some two hours from his home before zipping back to the city to see patients in the afternoon.

“I love the life here. I feel it’s exactly what I want and what I need,” he said. “I can walk five minutes to the flatirons” — the 1,500-foot rock formations just outside Boulder — “and climb them with my children. It’s a lifestyle.”

The Mei-Dans are also involved in the local Jewish community. His kids go to the JCC Ranch Camp in Colorado in the summer, his wife is involved in the Jewish federation and the family is connected to other Israeli expats in the Denver area.

Though he has lived on five continents in the past 10 years, Mei-Dan said he didn’t imagine a long-term future outside of Israel until about three years ago, when he got the job offer in Colorado and realized that in Boulder he could both maintain his extracurricular pursuits and do the kind of clinical work he finds interesting.

“Instead of looking into these activities that I like to do so much as just hobbies and just do them once in a while, I can actually live this life and enjoy them in a place that also offers me the university and the clinical practice,” he said.

“Here you can snowboard, ice climb, mountain bike and rock climb in the same day, basically, and kayak and skydive and BASE jump and do whatever you want to do. This is how I want to live my life. I didn’t have to compromise.”