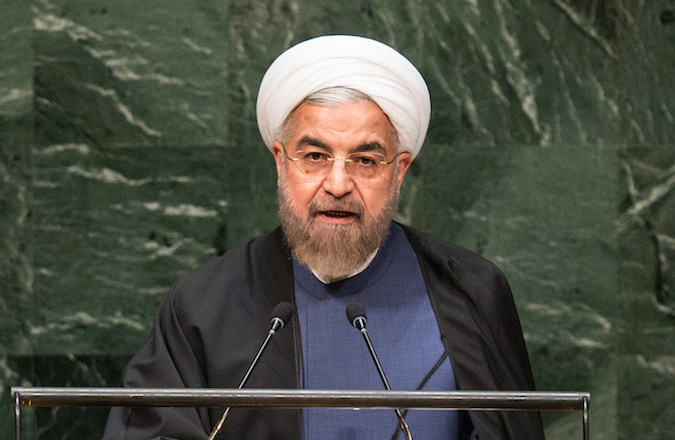 (JTA) — President Hassan Rouhani of Iran said his country will sign a final deal on its nuclear program only if sanctions are immediately lifted.

Rouhani made the demand Thursday in a nationally televised speech on Nuclear Technology Day in Iran.

“We will not sign any agreement unless all economic sanctions are totally lifted on the first day of the implementation of the deal,” Rouhani said.

The framework agreement signed last week says sanctions will be lifted only once international inspectors verify that Iran is in compliance with the final agreement. If Iran is found to be in violation of the agreement, the sanctions would be reinstated.

Supreme Leader Ayatollah Ali Khamenei said Thursday in a tweet from his official Twitter account, “All #sanctions should be removed just when the deal is reached. If sanctions removal depends on another process then why we started to talk?

June 30 has been set as the deadline for a final agreement between Iran and the six world powers, including the United States.