Op-Ed: What’s wrong with March of the Living 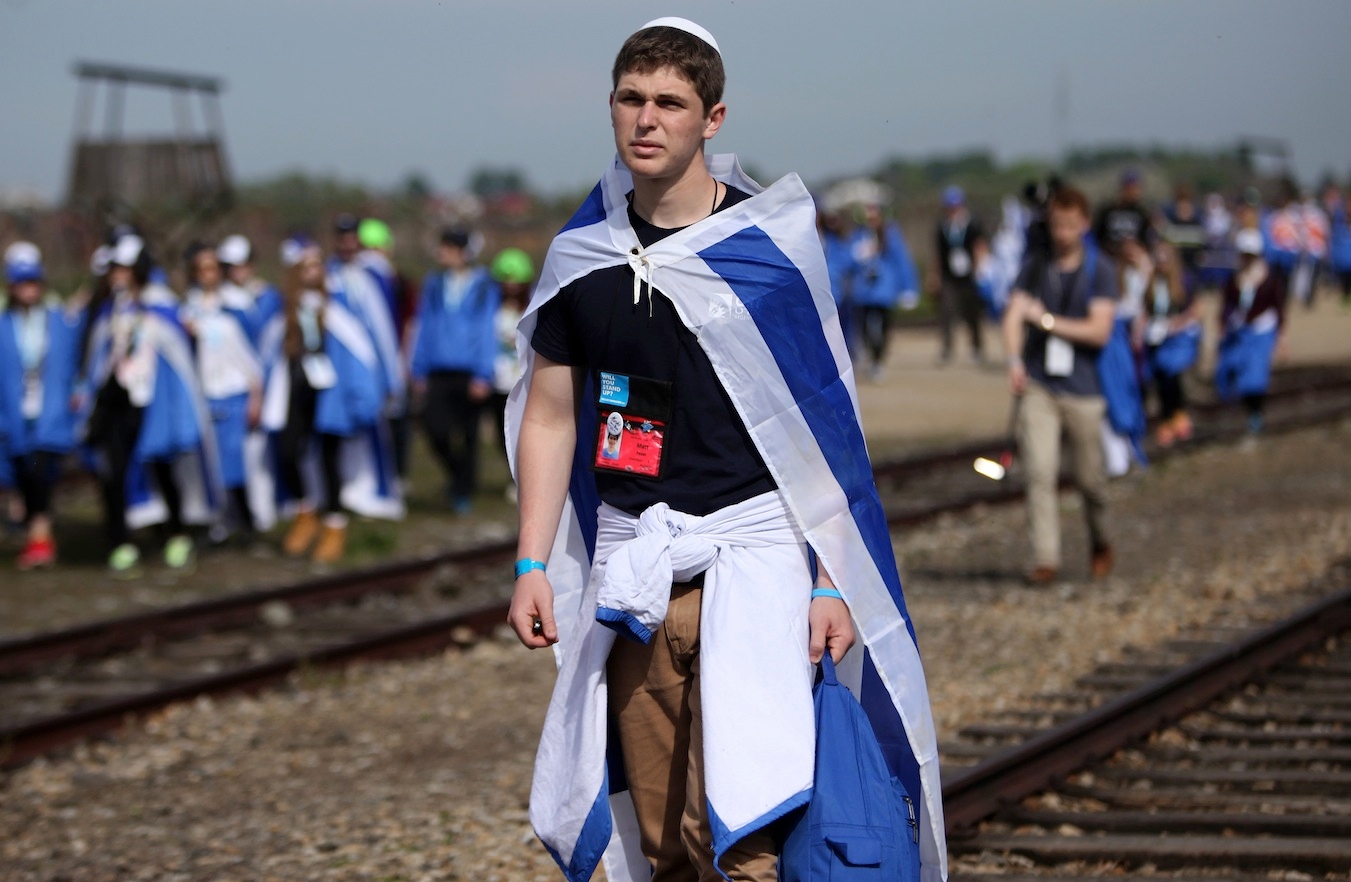 Jewish youth participating in the annual March of the Living commemoration at the Auschwitz-Birkenau concentration camp in Poland, April 24, 2014. (wjarek/Shutterstock)
Advertisement

NEW YORK (JTA) — The evening before we visited Auschwitz, over pizza with a group of young people in Oswiecim, the town on whose outskirts lies that infamous symbol, one of my students approached me with tears in her eyes.

Tears are hardly uncommon to visitors of sites of mass death. But for this student — a participant in a weeklong trip to Auschwitz undertaken as part of a course on Holocaust history and literature that I teach at Baruch College in New York City — the trip marked her first time on a plane, her first time in a foreign country, and her first time experiencing an academic setting that didn’t involve a laptop and a classroom located at a busy Manhattan intersection.

Unable or unwilling to bridge these two worlds — a crossing of time and space that seven decades after the war’s end enables a group of American students to casually dine with European counterparts at the edge of history’s most notorious killing center — she felt lost, detached from all that was familiar and unsure of what lay ahead.

Students on our trip were a diverse group, self-identifying as Latina, Jamaican, Polish, Israeli, Moroccan, Mexican and American, among others. By day we toured sites essential to a historical understanding of the Holocaust. In the evening we discussed readings connected to the places we had visited. Some students shared their own journals, which joined Primo Levi and Ruth Kluger as texts for analysis and reflection.

The great advantage of looking at the Holocaust in this way is that it eliminates the notion that this history belongs more to one person than another. This democratic take on the Holocaust makes the experience meaningful, even transformative, for everyone.

Typical Jewish teen tours hold themselves to a poorer standard. Confined to Jewish youth, the trips eliminate the diversity of voices essential to ensure that the imperative of remembrance is broadly observed. Aimed principally at Jewish identity building through the Holocaust, they offer a limited rendering of history, narrow in reach.

Trips like the March of the Living, which completed its 27th iteration in Budapest on Sunday, fail the objective of Holocaust remembrance itself through sheer simplification, making the genocide of European Jewry a subject to be explored among friends rather than the profound wrestling with history and its consequences that it could be. As a former participant in the march, I find its goals around Israel and Jewish identity laudable. But the very fact that it even has such goals makes it doctrinaire by nature rather than inquiring.

In a diverse intellectual environment like our trip, it is the questions, not the answers, that define the approach. And by sharing the richness of their own varied backgrounds and perspectives, my students discovered that the unavailability of easy answers to the questions posed by the Holocaust is important — essential even — to their learning.

It’s not a comfortable place to be. Learning to live with ambivalence is a hard lesson for undergraduates, but an essential one. After we returned home, one student approached me about the final paper he was struggling to write. The sheer enormity of our trip was proving paralytic. He felt powerless trying to confine his thoughts and analysis in a tidy little paper — a reaction that in itself might be the most important lesson learned.

It may never be possible to fully imagine or understand this history, and doing so surely grows more elusive with time. But by actively studying, analyzing, visiting, speaking and thinking about the Holocaust, by refusing to make a trip to Auschwitz easy or comfortable by fully embracing the intellectual challenge it presents, may be the best way to best remember.

(Jessica Lang is an associate professor of English at Baruch College and the Newman director of the college’s Wasserman Jewish Studies Center.)