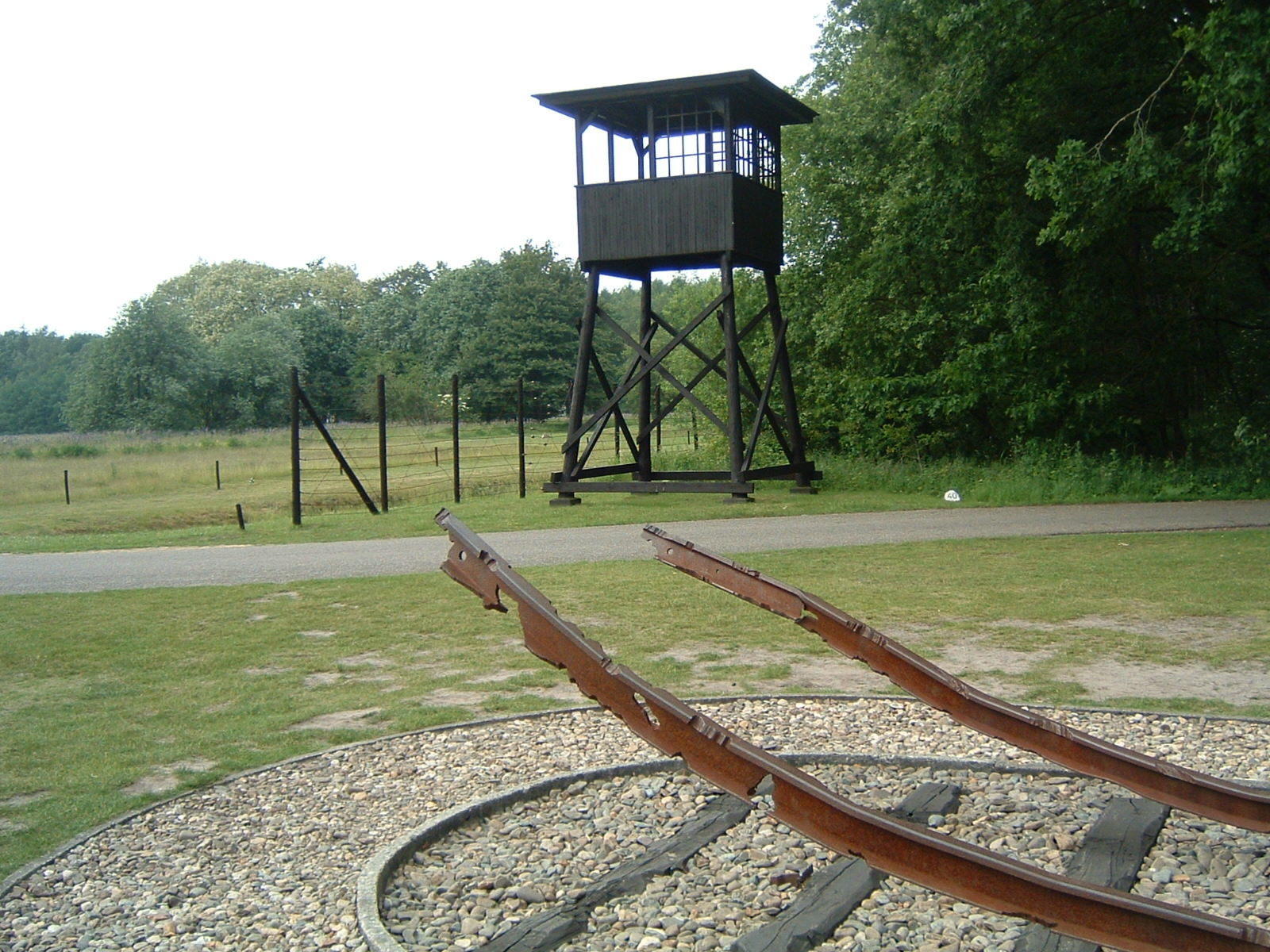 A monument at the Westerbork Transit Camp in the Netherlands. (Wikimedia Commons)
Advertisement

THE HAGUE, Netherlands (JTA) — The Westerbork Holocaust memorial museum installed an audio system that calls out the names of all known inmates of the former transit camp.

The system, unveiled earlier this week ahead of the 70th anniversary of the camp’s liberation, is installed inside two cargo wagons of the kind used by German Nazi occupation forces and their Dutch collaborators to transport approximately 107,000 Jews to death and concentration camps in Eastern Europe.

Westerbork is where teenage diarist Anne Frank and her family arrived after Nazis raided their hiding place in Amsterdam. It was liberated by the 2nd Canadian Division on April 12, 1945.

The NOS public broadcaster had its presenters and reporters record the names of the camp’s former inmates. The recording is to be played daily at the Memorial Center Camp Westerbork, NOS reported.

Separately, a municipal alderman from The Hague, Richard de Mos, asked the city to explain why it has yet to act on a motion passed last year that mandates a visit to Westerbork by all pupils in Holland’s administrative capital at least once before they graduate.

De Mos said he believed the city should send pupils on a school trip to Auschwitz in Poland, “but an obligatory visit to Westerbork Camp would be a good first step,” he told the Omroep West broadcaster on Wednesday.