The Pulitzer Prize winner who left journalism for Jewish PR 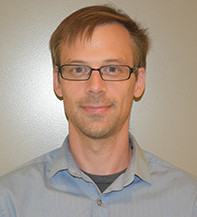 Winning a Pulitzer Prize is the ultimate recognition for a professional journalist. However, in an ironic twist, two of this year’s winners have already left the profession entirely.

One of them has become a publicist for the USC Shoah Foundation, an archive at the University of Southern California consisting of audio and video testimonies from survivors of the Holocaust and other genocides.

Rob Kuznia, 39, joined the USC Shoah Foundation last fall after working as a reporter for the Daily Breeze, a local newspaper covering the South Bay area of Los Angeles, from 2010 to 2014. Kuznia was awarded the Pulitzer Prize for Local Reporting for his investigation of Jose Fernandez, superintendent of the Centinela Valley high school district in Los Angeles. Kuznia’s series, which he wrote with other Daily Breeze reporters, helped unearth years of corruption and led to an FBI investigation.

“It’s a reminder to me that community journalism matters. A fourth estate is a really important part of our society,” Kuznia said in a post on the Shoah Foundation website. “Without anyone watching, who knows what can go on?”

Kuznia also said that through his new work in public relations, he has changed “from batter to pitcher.”

“Reporters rely on us to get the information. We’re crucial to shaping the story,” Kuznia said. “That was a big lesson for me.”

Of course, he understandably felt a “twinge of regret” at no longer being a reporter, according to LA Observed. But the combination of Los Angeles’ high cost of living and the low salary that comes with a local reporter job was an unavoidable problem. Another Pulitzer winner to leave journalism for PR — 31-year-old Natalie Caula Hauff, who won for her work on the Charleston, South Carolina Post and Courier series “Till Death Do Us Part” (on the state’s domestic violence epidemic) — wanted to find a “balance between work and family,” according to the Columbia Journalism Review.

In the Shoah Foundation post, Kuznia said that he now views working at an organization that deals with the history of the Holocaust as a step up.

“I’m very excited to be playing on a bigger stage,” he said.