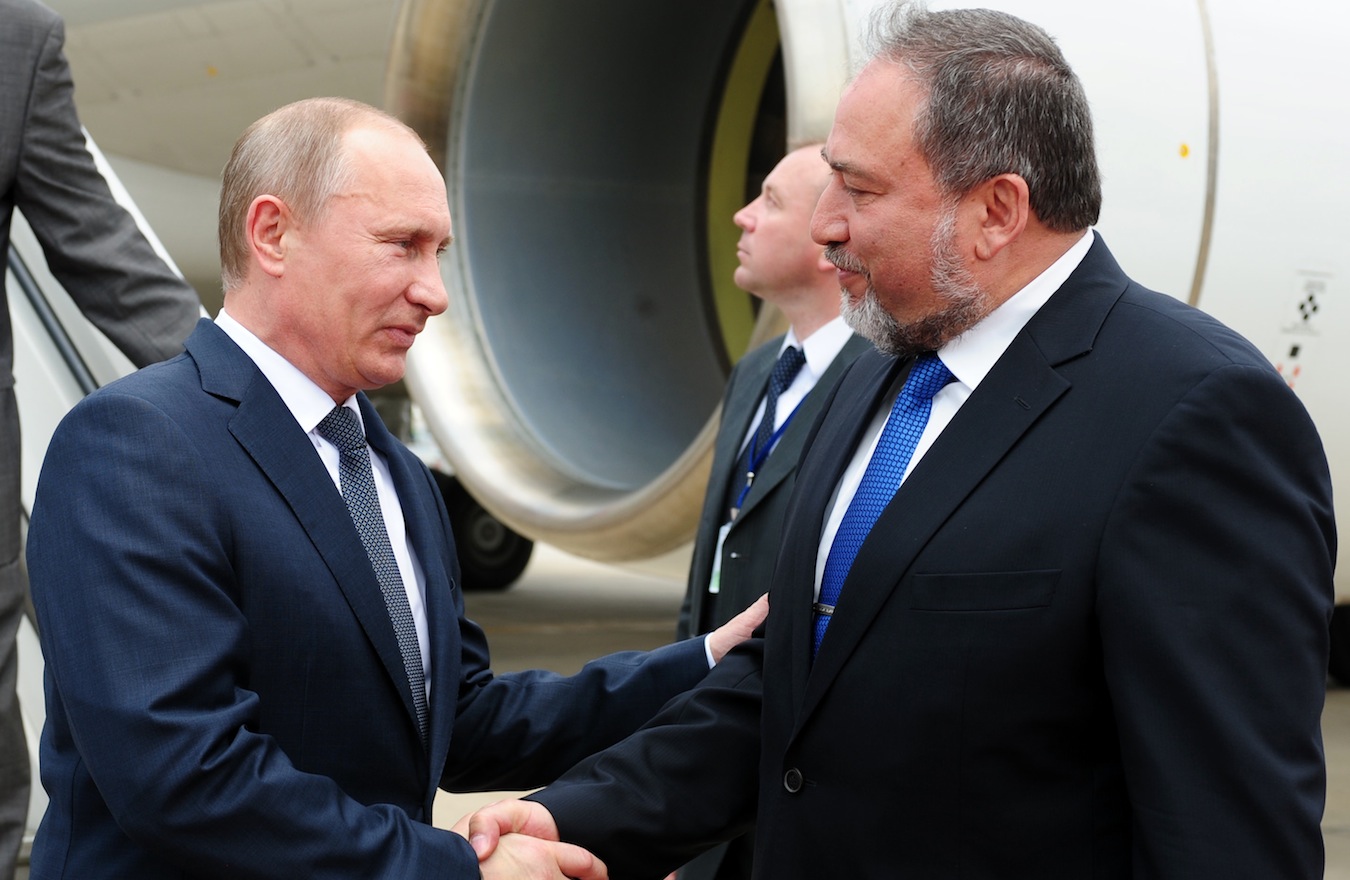 (JTA) — After Russia invaded Ukraine in March 2014, Israel resisted pressure to join the United States and its European allies in condemning the move — citing in particular its concern not to antagonize Russia for fear it could provide Syria with a powerful anti-aircraft missile called the S-300.

But if Israeli silence was indeed designed to keep S-300s clear off its doorstep, then that policy has clearly failed.

Ignoring vociferous Israeli protests, Russian President Vladimir Putin announced on April 16 that he would would sell S-300 missiles not to Syria, but to Iran — a move that defense analysts say is guaranteed to complicate any aerial strike on Iran’s nuclear facilities and tip the military scales in favor of the Middle East’s Shiite axis.

“By charting its own appeasement policy on Russia, Israel under Netanyahu and Liberman further alienated the United States, our strongest ally, with little to show for it,” said Roman Bronfman, a Ukraine-born former Israeli lawmaker with the left-wing Meretz party and a television commentator on Russia-Israel relations.

Until now, Russia and the former Soviet states had been a rare foreign policy success for Israel amid its escalating crisis with the Obama administration and growing isolation in Europe.

Israel maintained relative silence on Russia’s actions in Ukraine, even as some of its closest allies were ramping up their criticism. As recently as last year, Israel pulled out of a deal to supply Ukraine with military hardware to avoid angering Russia, Israel’s Channel 2 reported at the time.

Russia reciprocated by muting its criticism of Israel’s military campaign against Hamas in Gaza, according to Zvi Magen, a former Israeli ambassador in Kiev and Moscow, and now a senior research fellow at Tel Aviv University’s Institute for National Security Studies.

“Both sides were careful,” Magen said. “For years Russia refrained from supplying balance-disturbing weapons like the S-300 to the region; not to Iran, Syria or Egypt.”

The arrangement now appears to be in tatters.

Within hours of Putin’s announcement, Netanyahu said that Israel “views it with utmost gravity” and several Israeli media outlets quoted unnamed defense officials threatening to sells arms to Ukraine and Georgia, which has also had a territorial dispute with Russia. Even the United States, despite its harsh criticism of Putin, has thus far held off supplying arms to Ukraine, though it has recently begun training Ukrainian military personnel.

Putin responded publicly to the Israeli threats with a message of his own, saying in an April 18 interview with Rossiya 1 TV that Israeli arms sales would merely increase the death toll from the conflict without changing the outcome.

“It’s a choice for the Israeli leadership to make,” Putin said. “They can do what they see necessary.”

Russia’s silence, and its refusal to alter the military balance in the Middle East, were not the only dividends Israel drew from the rapprochement Liberman led with Russia and other Eastern bloc countries.

Under Liberman, Israel signed visa waiver agreements with nearly all the countries that once made up the Soviet Union, paving the way for improved business ties and luring hundreds of thousands of tourists to Israel. Those successes were part of a broader policy that saw Israel invest in new and lucrative partnerships — including with Japan, India and China.

But to Bronfman, the crisis in relations with Russia is proof that those efforts have their limits and that Israel overreached when it charted an independent course on Ukraine.

“Israel’s foreign policy is dependent on its best strategic partner, the United States,” Bronfman said. “Israel needs that partner if it is to exist in its problematic neighborhood, and these crises will just keep occurring as long as Israel doesn’t accept that.”

Magen, however, says the crisis with Russia is a limited one and could even offer Israel a potential silver lining.

“Putin is pushing the S-300 deal not because he wants to harm Israel, but because he is advancing Russia’s interests,” Magen said. “Putin does not want relations to be ruined, and that means that the Russians could offer some compensation for the sale of S-300s … [by] using the Russian vote at the U.N. Security Council to Israel’s advantage when it comes to the Palestinian issue.”