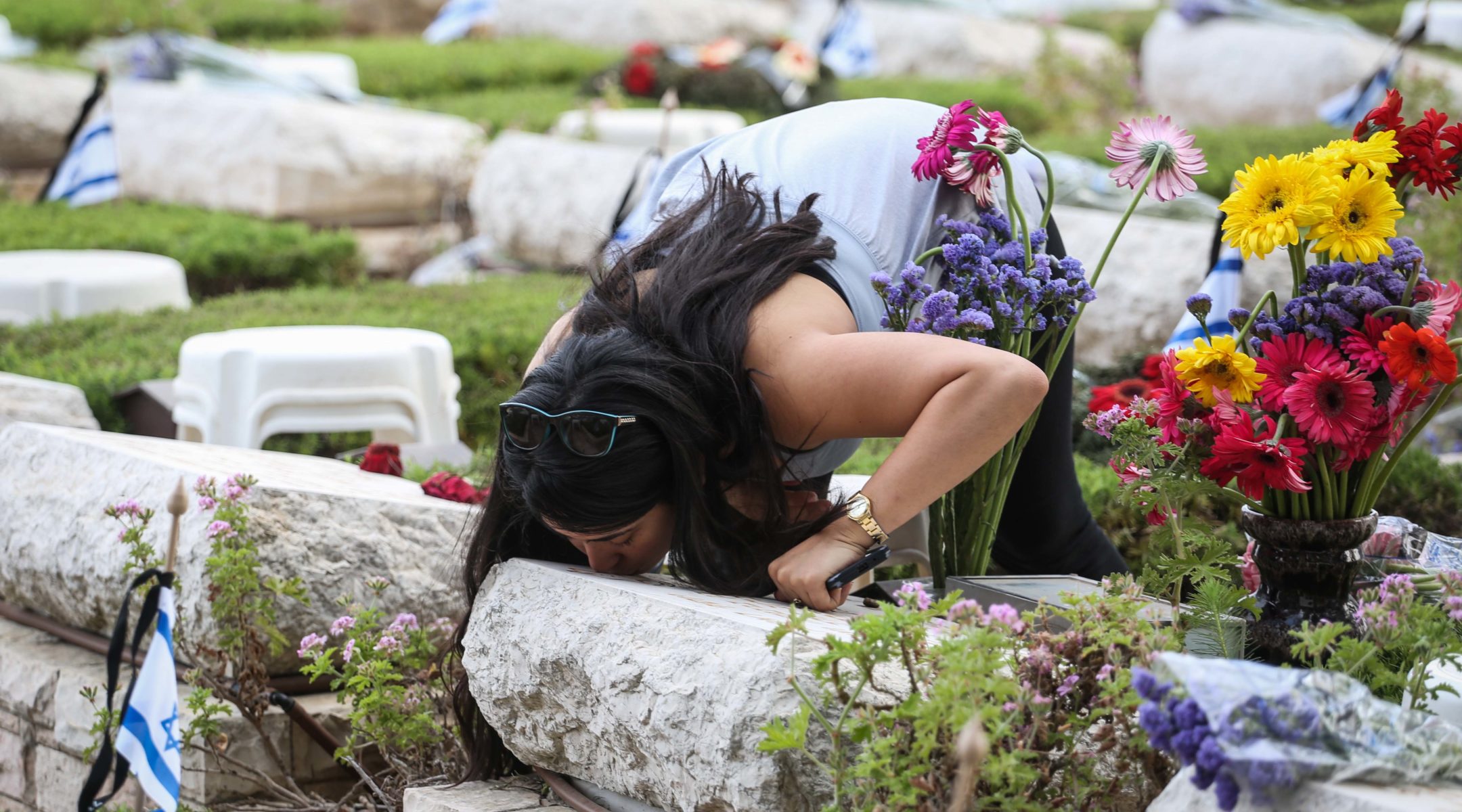 An Israeli woman kisses the grave of a loved one at the Mount Herzl military cemetery in Jerusalem, on Yom HaZikaron, which commemorates Israel's fallen soldiers and Israeli civilians killed in terror attacks, on May 05, 2014. (Hadas Parush/Flash90)
Advertisement

JERUSALEM (JTA) — Israel will recognize its 23,320 fallen soldiers as well as civilian victims of terror with the start of Yom Hazikaron, or Memorial Day.

Memorial Day begins on Tuesday night with a minute-long siren. A second siren, two minutes long, will sound at 11 a.m. Wednesday and marks the beginning of official memorial ceremonies throughout Israel.

Among those being honored are the 116 soldiers and civilians who were killed or died in the last year, including 67 soldiers and five civilians killed in Israel’s operation in Gaza last summer.

The figure of 23,320 fallen soldiers is calculated from 1860, when Jews first began to settle outside of Jerusalem. The dead  include members of the Israel Defense Forces, the Shin Bet security service, the Mossad, the Israel Police, the Israel Prisons Service and the World War II Jewish Brigade, and include soldiers who died from their disabilities suffered during combat, including 35 such soldiers this year.

“On Remembrance Day, the Israeli nation, as one big family, bows its head and unites with the memories of all of the fallen of Israel’s
wars as a moral obligation to those who in their death commanded us to live. So that we may be worthy of them,” Defense Minister Moshe Yaalon wrote after lighting a virtual candle on a memorial website of his ministry that allows the public to light the virtual candles and leave messages.

On Saturday night, Prime Minister Benjamin Netanyahu visited the grave of his brother, Yonatan, who died in 1976 during the rescue of kidnapped Israelis in Entebbe, Uganda. Netanyahu has visited the grave ahead of Memorial Day since taking office in order to avoid disturbing bereaved families on the actual day.