Why the Boston Marathon’s last-place runner earned his medal 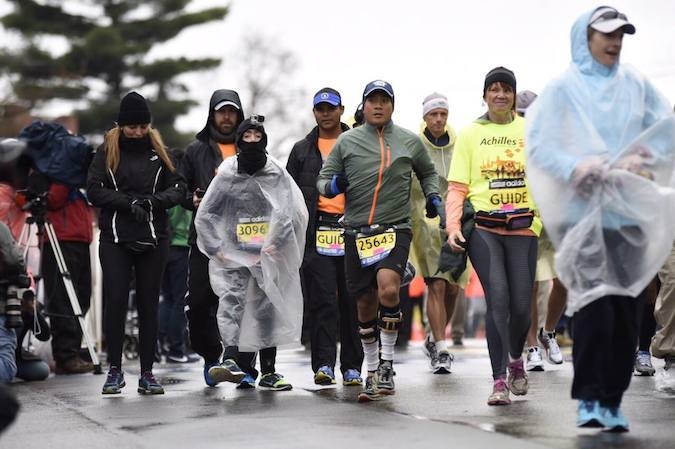 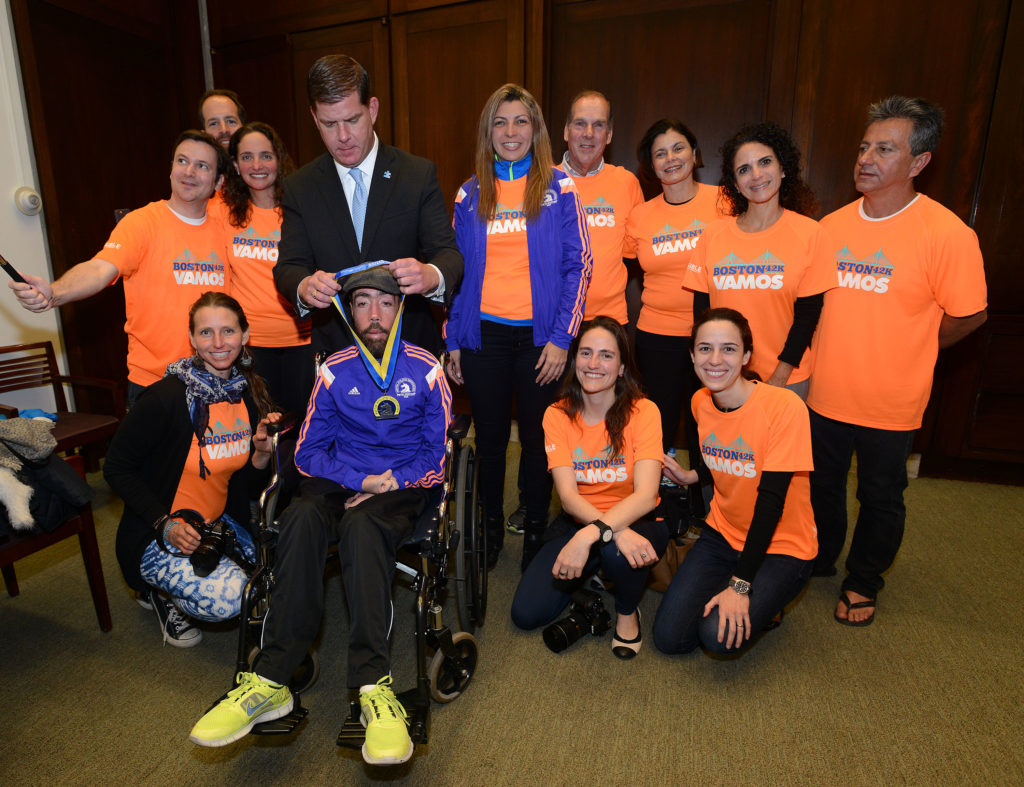 Maickel Melamed, in wheelchair and flanked by his “team,” receives a medal from Boston Mayor Martin Walsh, April 21, 2015. (City of Boston, Mayor’s Office)

Melamed finished far behind the marathon’s winners, but he nonetheless received a medal.

That’s because Melamed, who is Jewish, has lived since birth with a medical condition similar to Muscular Dystrophy that severely restricts his mobility. Mayor Martin Walsh said he assembled the ceremony to recognize Melamed after learning about the Venezuelan’s inspiring last-place finish. 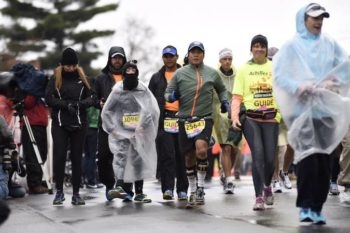 “For you. I run for you,” Melamed said at the ceremony, acknowledging the two-year anniversary of the Boston Marathon bombings that killed three people and left others with loss of limbs and other serious injuries. “I run to send a message, to rise the bar of expectation for your own self.”

“The message here is that love is more powerful than death,” Melamed said.

The storied 26.2-mile Boston course marks the fifth marathon finish for Melamed, who will turn 40 next week. He also has completed races in Berlin, Chicago, New York and Tokyo.

In 2011, after Melamed finished the New York marathon, a Venezuelan television reporter posted an anti-Semitic tweet mocking Melamed, sparking condemnation from the Simon Wiesenthal Center. Melamed, who has taught at the Caracas Jewish day school he attended growing up, works with youth groups and is a popular motivational speaker.

“It was real tough, but it was marvelous,” Melamed told reporters at the Boston ceremony Tuesday. “You have to know why you’re doing it, because in the last mile, the marathon will ask you if you have a reason, and if you don’t have it, you will quit.”

Melamed said Boston held a special attraction, recalling that as a child, his parents brought him to its Children’s Hospital for medical treatment.

“I learned to say, ‘Good morning’ with a smile on my face here in Boston.”

Seated in a wheelchair during the ceremony, Melamed acknowledged his team of supporters from the Caracas-based foundation Vamos, who at times held umbrellas shielding him from the driving rain and thunderstorms.

“I’m not running this alone,” he said. “We as a team crossed the finish line.”