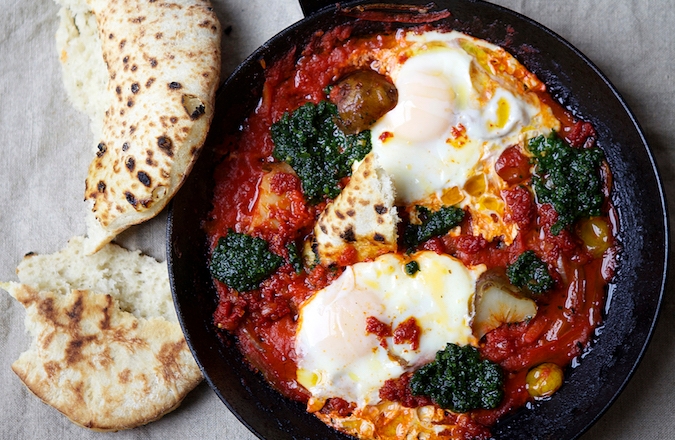 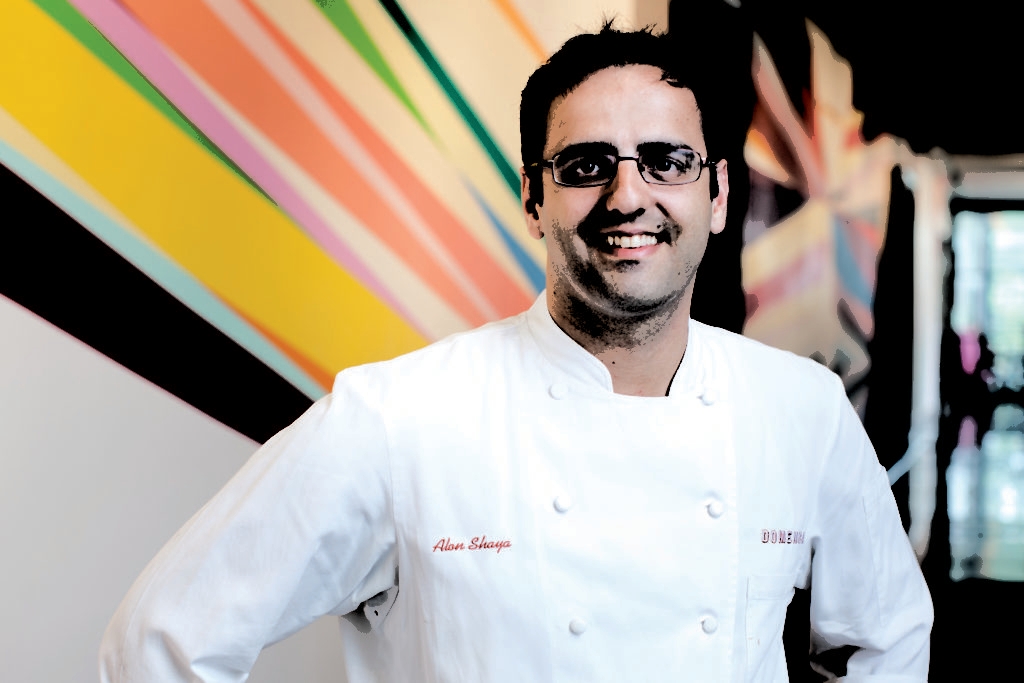 UPDATE: Alon Shaya was named best chef in the South by the James Beard Foundation on May 5.

(JTA) — New Orleans is an unlikely locale for an Israeli restaurant.

After all, The Big Easy is famous for its decadent shellfish-and-pork-heavy cuisine, whereas the Jewish state is known for its use of fresh vegetables and mostly kosher or kosher-style fare.

But Israeli-American chef Alon Shaya’s newly opened Shaya, which offers an Israeli-inspired menu using local New Orleans ingredients, has been drawing crowds every night. (For those wondering, it is not kosher.)

A James Beard Award winner who has been named by Esquire magazine as a “chef to watch” and been featured in Food and Wine magazine, Shaya, 37, has become an established part of the New Orleans food scene. Domenica, a restaurant he opened in 2009 with John Besh, has garnered rave reviews and awards.

Shaya recently spoke with JTA by phone. The interview has been condensed and edited.

JTA: Why did you decide to become a chef?

Shaya: I always loved to cook. Even when I was 7 years old I was preheating the oven and making hamantaschen. We moved from Israel to Philadelphia when I was 4, and food was just always a part of our household. My grandparents would come from Israel every year, and each time they would come, food was everywhere. Then when I was in high school, my home economics teacher, Donna Barnett, grabbed me by the ear and said you have a passion for this, stick with it! She set me on this professional path. In fact, she was here last week and ate at both my new restaurants (Shaya and Domenica). We have remained very close over the years and are taking a trip to Israel together in June!

What kind of trip?

I am going with three other chefs — Michael Solomonov, John Currence and Ashley Christenson — for a culinary tour with 16 other people. We will be traveling, eating, cooking, visiting the best of the best in Israel: wineries, restaurants, farms and this biodynamic resort where they make their own bread, cheese, honey, soap — everything.

It seems like Israeli food is having a moment in America right now. Do you agree?

But Israeli food is finally coming across as something that people are excited about. I think social media has played a big role in this, along with chefs like [Yotam] Ottolenghi who produce beautiful cookbooks.

This is not trendy food; it’s food that people are discovering for the first time but that has been cooked the same way for generations. But it’s also new as the population in Israel grows and Greeks start cooking for Yemenites, and Europeans cook for Moroccans, and so the food takes on a life of its own. The food in Israel makes up a diverse mosaic: Bulgarian, Turkish, Moroccan, Greek. You can’t boil it down to just one thing. It is diverse, and it has evolved.

How did you end up in New Orleans?

I attended the Culinary Institute of America in New York and then moved to Las Vegas, working primarily in Italian restaurants. I then lived in St. Louis for a few years, where I met Octavio Mantilla, who is now my business partner. He convinced me to come check out New Orleans with him. I met John Besh and the stars were aligned — we discussed me coming to work for him, and two weeks later I had my bags packed and I moved.

It’s been 10 years since Katrina, and New Orleans has experienced quite a revival. How has its food scene changed? Have you seen a change Jewishly in the city?

I only lived in New Orleans for two years before Katrina, but it has completely changed, I think for the better. More young chefs are opening their own businesses, pushing the envelope.

I think Katrina really impacted the Jewish community here. A lot of young Jewish families never came back — they found jobs in other places and stayed. But now I see more younger Jewish families putting down roots, and the city is so vibrant right now: The film industry has grown, as well as the medical industry and even start-ups. The economy has diversified.

How has Shaya been received?

We have been booked pretty much since we opened, and you always have to make a reservation at least a month in advance if you want to come on the weekend. No one else is interpreting Israeli food in New Orleans. Another reason we have been popular is because our food is vegetarian-friendly and healthy, which is not so easy to find in New Orleans.

It’s about getting the skins off of the chickpeas. We soak them first in water and baking soda, and as they cook we are constantly stirring to remove the skins. We spend one or two hours every morning just stirring and skimming chickpeas in order to create a smooth hummus.

My favorite American food is fried chicken. I mean, I live in the South. It’s addictively good.

My favorite Israeli food is this Bulgarian spread called Lutenitsa that my grandmother made. It’s on the menu at Shaya, and I would say it is the dish that inspired me to become a chef. When my mom came to the restaurant and tasted it she said, “Savta [grandma] would be so proud.”

(Shannon Sarna is editor of The Nosher blog on MyJewishLearning.) 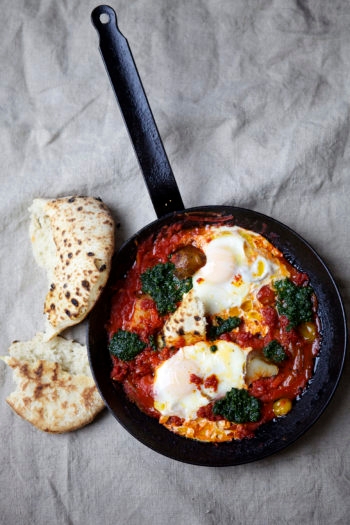 The night before, season the lamb shoulder generously with kosher salt and all of the ground spices. Place in the refrigerator. The next day when you are ready to cook, place a large cast-iron Dutch oven that is large enough to hold the lamb shoulder on medium heat. Add in 3/4 cup of the canola oil and begin to sear the shoulder on all sides until completely golden brown.

Remove pot from heat and set the shoulder aside. Pour out the dirty oil and replace with the remaining canola oil. Reduce heat to low and add the onions, carrots and garlic. Cook until all are golden brown and tender. Return the shoulder to the pot and pour the chicken stock over it until shoulder is just submerged. Add the rosemary sprig, orange zest and orange juice. Bring to a simmer and place the lid on the Dutch oven. Place in the oven and cook for 4 hours. The meat should be falling off the bone when it’s removed. Let rest for 15 minutes out of the braising liquid.

Heat a large cast-iron skillet with 1/2 cup of olive oil over medium heat. Add the braised lamb shoulder to the oil and sear for 5 minutes until golden brown and crispy. While the lamb shoulder is searing, add the diced onions, crushed garlic and crushed chili flakes to the pan to slowly caramelize. Flip the shoulder so the golden brown and crispy side is up and add the tomato sauce. Bring to a simmer and season with salt.

Move the shoulder to the far side of the pan and crack the eggs into the other side. Once the egg whites have set, pull from the heat and sprinkle all of the sliced green onions on top. Serve with sliced rustic style bread.