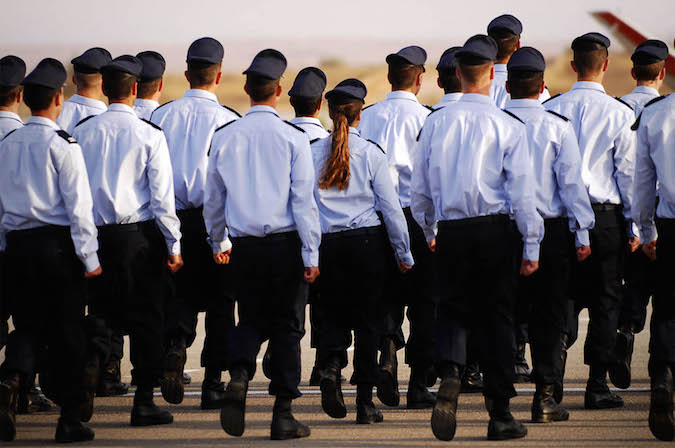 (JTA) – Four troops are suspected of raping a female soldier in one of the Israel Defense Forces’ worst-ever sex crimes cases.

Military Police detectives suspect the soldiers took turns raping the soldier last month at the Hatzerim Israel Air Force base near Beersheba, according to a report Thursday by Israel Radio.

One of the soldiers is believed to have filmed at least part of the assault, according to a report by the news site nrg.co.il.

The suspects, who are responsible for maintenance on the base, have been placed under arrest pending the investigation. The alleged victim was at first reluctant to press charges but was persuaded to do so at the request of her commanding officers on Tuesday, the IDF said in a statement.

“When the Investigating Military Police received the complaint, it initiated an investigation and the soldiers were placed under arrest,” the statement read. “In parallel, the complainant is receiving treatment at the Support and Trauma Center, and her treatment is being closely monitored by superior officers.”

The suspects were arrested Wednesday, and their remand was extended for the duration of the weekend on Thursday, the Walla website reported.

Violent sex crimes are rare in the IDF. However, in 2012, three instructors from the Israel Air Force’s technical school faced punitive measures for having consensual sexual relations with underage girls.