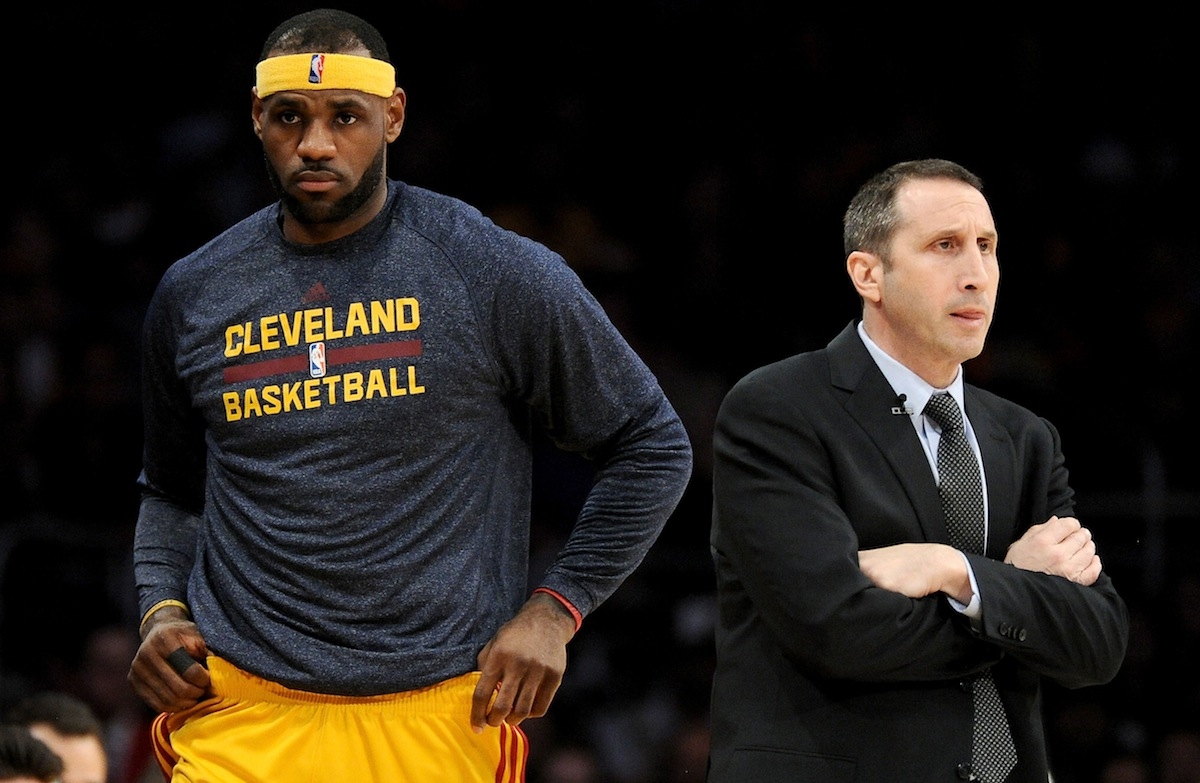 Coach David Blatt and star player LeBron James both say that Blatt has made the needed adjustments in his rookie season guiding the Cleveland Cavaliers. (Harry How/Getty Images)
Advertisement

Tonight’s Eastern Conference semifinals Game 5 between the Cleveland Cavaliers and the Chicago Bulls is pivotal for both teams – the best-of-seven series is tied at two games apiece — but it may be the biggest for Cleveland’s Jewish coach, David Blatt.

Blatt, the American-Israeli former coach of Israel’s Maccabi Tel Aviv team, is taking heat for the way he handled the end of Game 4, which his team stole on an improbable buzzer-beater shot from LeBron James. Blatt had tried to call a timeout with a few seconds left, though the Cavs had no timeouts left (the resulting technical foul shots likely would have won the game for the Bulls if the referees had noticed). Then he drew up a play that had James – one of the best players in the history of the game – inbounding the ball rather than taking the final shot.

“To be honest, the play that was drawn up, I scratched it,” James said after the game. “I just told coach, ‘Just give me the ball. We either going to go into overtime or I’ma win it for us.’ It was that simple.”

This essentially validated what many fans had been thinking the entire season: James, and not his rookie coach, runs the team.

It’s fair to blame Blatt for these late-game mistakes, but the level of criticism he has faced all season is suspicious. Sure he’s an outsider – despite his success in the European league, the NBA is on a higher level, and many questioned Cleveland’s decision to hire him.

However, it is also clear that Blatt has not been recognized for holding his team together throughout a turbulent season that saw James get off to a rocky start in his second stint playing in his hometown and injuries to the team’s two other star players, Kevin Love and Kyrie Irving.

Will tonight’s game be the important rebound Blatt needs to cement his standing? Or will the Israeli outsider remain stuck in rookie purgatory?

Game 5 between Cleveland and Chicago airs tonight at 7 p.m. on TNT.