George W. Bush made a painting for Sheldon Adelson 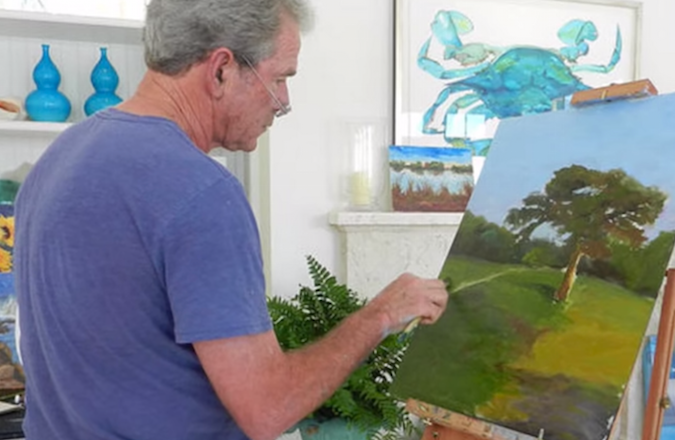 Jewish casino magnate and political mega-donor Sheldon Adelson is now the proud owner of a painting by a reclusive artist whose works are rarely seen in public – and happens to be a former U.S. president.

The New York Times has reported that George W. Bush, who began painting amateur portraits in 2012, gave Adelson one of his original paintings at last month’s Republican Jewish Coalition conference in Las Vegas.

According to the Times, the painting is of Adelson’s Marina Bay Sands resort and casino in Singapore, which is one of the most expensive buildings ever constructed.

Since his sister Dorothy’s email account was hacked in 2012 and the world learned of his artistic exploits, Bush has focused mainly on portraits of world leaders, such as former Italian Prime Minister Silvio Berlusconi and former British Prime Minister Tony Blair. He has even painted former Israeli Prime Minister Ehud Olmert.

The fiercely pro-Israel Adelson will likely spend tens (if not hundreds) of millions on the next Republican presidential candidate. Bush’s brother Jeb, who is positioning himself for a presidential run in 2016, has distanced himself from comments made by James Baker, Bush senior’s secretary of state, to bolster his pro-Israel credentials. Baker, who had tense relations with the Israeli government of the early ’90s, criticized Netanyahu at the March conference of J Street, which describes itself as a pro-Israel and pro-peace lobby.

So perhaps the gift was more than just a selfless gesture?

Either way, if the painting is comparable to Bush’s previous portraits, it will be, in the words of one art critic, of at least “high amateur” quality. The question is, where will Adelson display it?