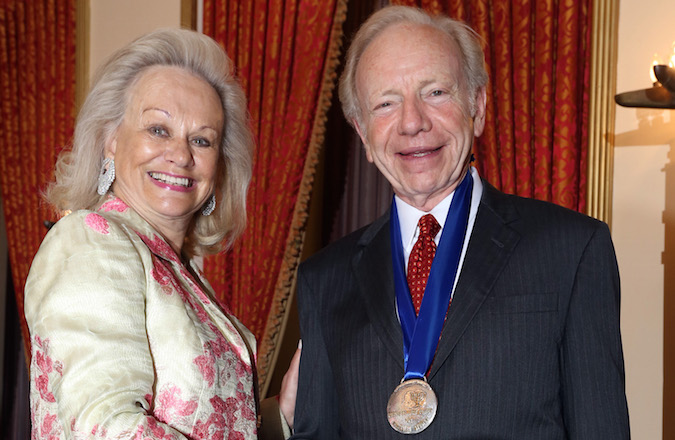 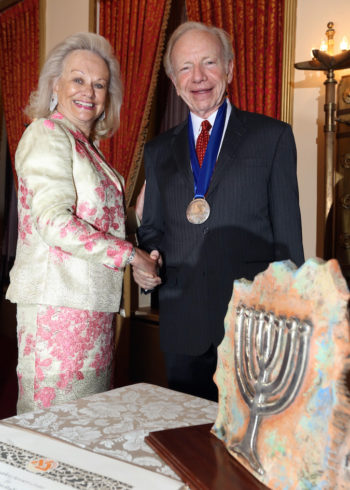 JERUSALEM (JTA) — Former U.S. Sen. Joseph Lieberman, in an interview with JTA, surmised that the next U.S. administration would be friendlier with Israel than the current one. He also expressed concern over America’s nuclear negotiations with Iran, saying they are “going in a bad direction,” and urged Israeli Prime Minister Benjamin Netanyahu to embrace the long-shelved Arab Peace Initiative.

Lieberman, an Orthodox Jew and the Democrats’ vice presidential candidate in 2000, predicted that if the 2016 presidential election were held today, a higher percentage of Jewish-Americans would vote Republican than in past races. But he noted that former Secretary of State Hillary Clinton, the party’s front-runner for the Democratic nod, could reverse that trend through vocal support of Israel.

“I think there will be a friend of Israel in the White House,” he said, noting that both Clinton and the leading Republican candidates all have pro-Israel records. “It will be a new beginning, a new opportunity. Is it going to be better than it has been under President Obama? Probably, yeah.”

Lieberman expressed concern over support for Israel in the Democratic Party. While almost all Democratic lawmakers support Israel, he said, Lieberman worried that younger party activists are more skeptical of the Jewish state.

“It’s something people who care about Israel are really working at,” said Lieberman, a four-term senator from Connecticut, who won as an independent in 2006 after losing the Democratic primary — in part because of his continued support for the Iraq War. “Part of it is to remind people who are liberal Democrats that, without saying everything Israel ever does is perfect, Israel is by far the most liberal country and society.”

On the issue of the Saudi-backed Arab Peace Initiative, Lieberman said the proposal should be used “as a basis for negotiations which would hold the promise of progress not only with the Palestinians, for the two-state solution, but also of beginning a rapprochement with the Arab world.”

The initiative would establish diplomatic relations between Israel and the Arab world in exchange for a withdrawal from the West Bank, the establishment of a Palestinian state and an agreed-upon solution for Palestinian refugees. Successive Israeli governments have ignored or rejected the initiative as a non-starter since it was first offered in 2002.

Lieberman acknowledged that progress on the Palestinian front would be difficult, given Netanyahu’s right-wing coalition and his March statement ruling out a Palestinian state on his watch. But he said being “on the offensive” in the peace process could help improve Israel’s relations with the Obama administration.

“That’s something the prime minister has to deal with and try to resolve,” Lieberman said. “It seems to me that no Israeli government should ever be in a position where other people in the world think it’s not seeking a just peace with the Palestinians, no matter how hard it would be practically to achieve that.”

In the interview, Lieberman also said the framework agreement reached in April between Iran and world powers, including the United States, leaves much of Iran’s nuclear infrastructure in place while providing total sanctions relief to Iran.

And Lieberman called Netanyahu’s March speech to Congress on the dangers of an Iran deal “a plus.” The speech aroused controversy due to Netanyahu’s public opposition to the emerging agreement, as well as its timing: two weeks before Israel’s March 17 Election Day.

First elected to the Senate in 1988, Lieberman received the Democratic vice presidential nomination in 2000, running alongside then-Vice President Al Gore.

Lieberman, who has been to Israel more than 50 times, arrived this week to receive the Guardian of Zion Award from Bar-Ilan University’s Rennert Center for Jerusalem Studies. Since leaving office, he has returned to practicing law, and also co-chairs bipartisan committees in two leading Washington conservative think tanks, the American Enterprise Institute and the Hudson Institute.