For Israeli war volunteers, service was most important act of their lives 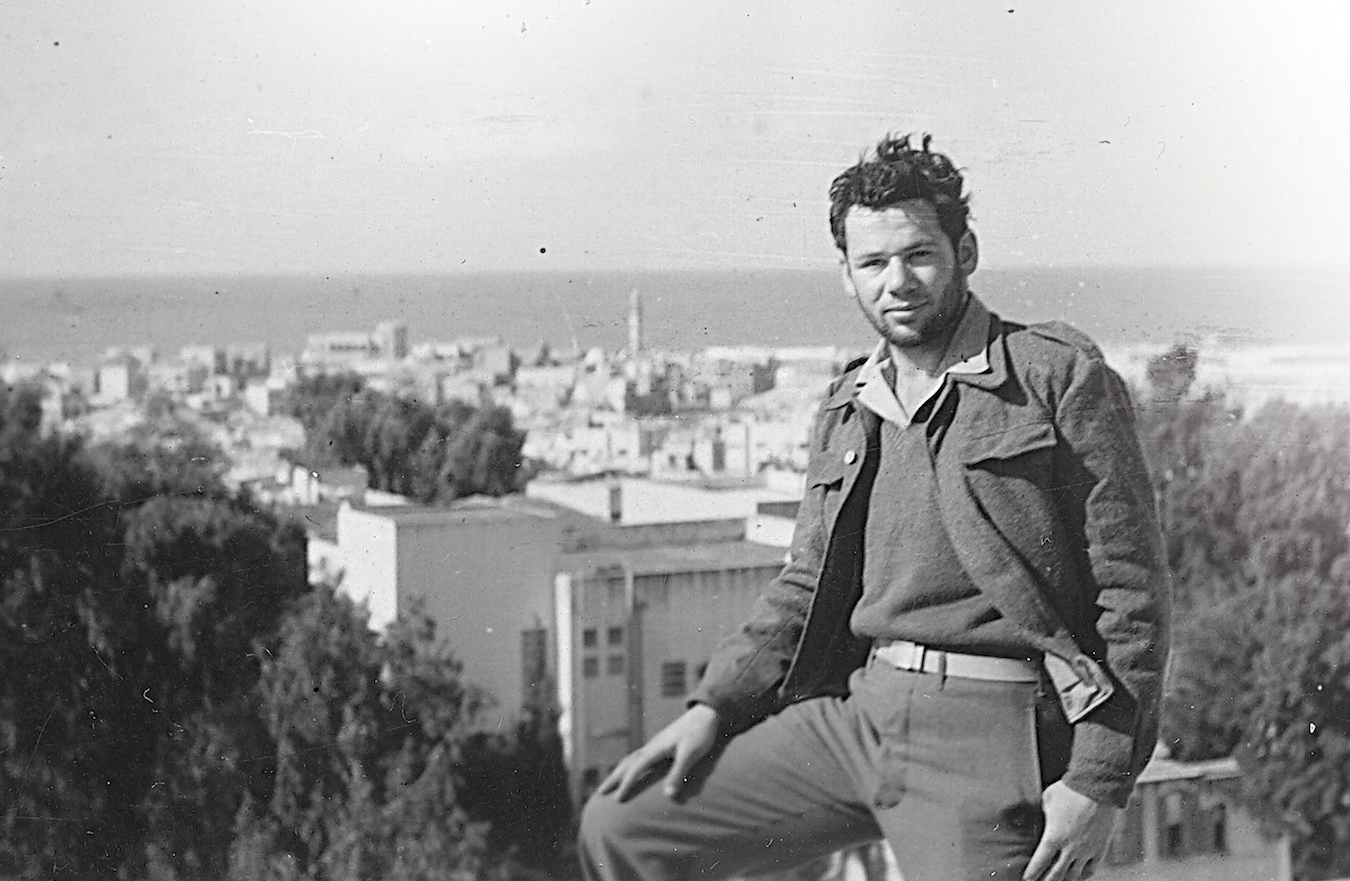 Tom Tugend during his time volunteering during Israel's War of Independence in 1948. (Courtesy photo)
Advertisement

LOS ANGELES (JTA) — In May 1948, I was walking down Market Street in San Francisco when I passed a small movie theater with a marquee that announced “The Jews Fight for Their State.”

For the first time, it fully hit me that the Jews – by the gentile consensus of the time, mainly cowards and draft dodgers – were actually taking on five vastly superior armies.

I took the train back to Berkeley but had a hard time focusing on my studies at the University of California. With the school year nearing its end, I decided to go join the fight.

I was among some 4,000 volunteers from 57 countries who volunteered during Israel’s War of Independence, a group collectively known as Machal, the Hebrew acronym for volunteers from abroad. Some of their stories are told in two recent films focusing on the wartime contributions of the airmen who, to a large extent, gave birth to the Israeli Air Force.

As far back as Melville Shavelson’s 1966 “Cast a Giant Shadow,” movies have rubbed layers of Hollywood gloss on this history. The macho flyboys featured in “A Wing and a Prayer” and “Above and Beyond” are celebrated for their ingenuity and courage in smuggling the first combat planes to the nascent Jewish state, and then using the aircraft to scare the wits out of the surprised Arab forces. 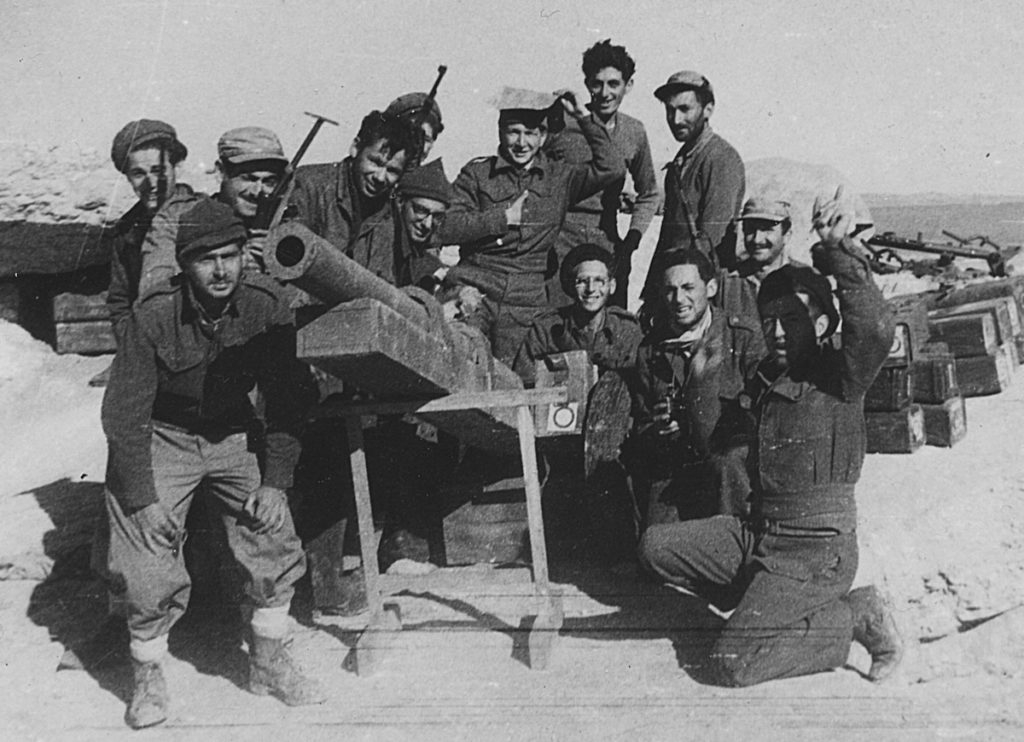 But while these overseas volunteers certainly played a role in Israel’s victory, I believe that the major contribution of these volunteers was to lift the morale of the Israelis by showing them that their Diaspora brethren – along with a fair number of non-Jewish volunteers – were with them, atoning in a small way for their elders’ inaction during the Holocaust.

As with all men who go to war voluntarily, our motives were mixed – and not always idealistic. After the emotional intensity of fighting as a U.S. infantryman in France and Germany during World War II, I found it hard to settle down. My early exposure to Zionism in Berlin in the mid-1930s had also left an imprint. And since a new Jewish state is established only every 2,000 years or so, I figured I probably wouldn’t be around for the next one.

My first step was to figure out how to get there. The U.S. State Department, which did not share my enthusiasm for Israel, stamped most passports “Not good for travel to Palestine” and warned that serving in a foreign army might well entail loss of American citizenship.

My journey took me from the offices of the butchers’ union in San Francisco, whose business agent doubled as a secret recruiter, to Israel’s so-called “Land and Labor” headquarters in Manhattan, and then by ship across the Atlantic to the French port of Le Havre. There we were met by an Israeli contact who put us on a train to Paris, and from there on to Marseilles. At the city’s train station, another contact conveyed us to Camp Grand Arenas, which served as a transit point for North African Jews and European Holocaust survivors waiting for boats to take them to Israel.

At the time, a temporary armistice had been declared between Jewish and Arab forces, supervised by a U.N. contingent which was to ensure that neither side brought in reinforcements. Nevertheless, we set out under tight security on the Pan York, a creaky former banana carrier. The ship’s hold had been reconfigured with planks, stacked four levels high, that served as beds – an arrangement familiar from concentration camp photos.

Nobody was allowed up on deck, and the Israelis in charge, laboring under the delusion that the English and American volunteers represented a sane and stable element, assigned us to keep order until the ship cleared the harbor. When the ship arrived in Haifa, the genuine refugees passed quickly through immigration inspection, while we foreign volunteers were taken by a circuitous route around the U.N. inspectors enforcing the armistice rules.

The Israeli manpower distribution system, as least for foreign volunteers, was a throwback to feudal times, when the local baron recruited troops by promising certain bounties. My recruiter was Lester Gorn, a Hollywood scriptwriter who had served as a U.S. Army major during World War II.

Gorn had persuaded Israel’s army command to let him organize something called the 4th Anti-Tank Troop, which was to consist solely of English-speaking volunteers, or “Anglo-Saxim” in local parlance. The troop would be a “democratic” outfit, Gorn said, with no ranks or saluting and with all major decisions to be taken by majority vote — except in combat.

For a lowly ex-GI with little fondness for military punctilio, the offer was too good to turn down and off I went in Gorn’s jeep. We soon arrived at the unit’s encampment and I quickly noticed that something was missing: There were no anti-tank guns in sight, only one wooden replica of a cannon.

When I pointed out the omission, Gorn assured me that as soon as the Israeli infantry captured a gun from the enemy, we would be in business.

Indeed, within a short time, the unit welcomed a 17-pound artillery piece that had been seized from the Jordanian Legion. We made do with this venerable weapon until the battle of Faluja, where Israeli troops surrounded a sizable Egyptian force under the command of one Col. Abdel Nasser, later to become president of Egypt.

The beleaguered Egyptians fought stubbornly, but one day our unit, part of the encircling Israeli force, received a perfect present – a shipment of anti-tank guns from Czechoslovakia that was originally destined for Germany’s Wehrmacht. The weapons were so new, they were still wrapped in the original oilcloth, which we quickly ripped off to discover a curious emblem stamped into the side of the gun barrel – a big, fat swastika.

Irony doesn’t get much better than that – a bunch of Jewish guys firing a swastika-emblazoned gun at the enemy.

Our unit was a strange mixture of men, all from English-speaking countries. The youngest member was Jason Fenton, a downy-cheeked 16-year-old Brit who later became a professor of English in Southern California. The oldest guy, probably in his mid-40s, was a Polish-born immigrant to the United States who upon spying a young female urged us to “clean those rusty pipes.”

To get a little closer to the enemy, I joined an Israeli infantry squad in a night patrol to feel out the Egyptian defenses. We got near enough to hear the voices of the Egyptian guards – there was an exchange of gunfire, but no casualties.

“I am intensely alive and aware of everything,” I wrote of the experience a few weeks later. “Every movement or noise makes a sharp impression. Everything I see, hear and smell etches itself into my memory.”

On the way back, the mood is quite different. “After a few hundred meters,” I wrote, “my stomach muscles loosen, the tenseness is slowly drained from my body and in its place creeps a heavy tiredness. The senses are dulled and the box of ammunition gets heavier with every step.”

In what proved to be the last major action of the war, our unit drove down the eastern edge of the Negev, along the Jordanian border, heading for the Red Sea. Around 5 a.m. on March 11, 1949, we crested the final hill and spread out below us was the village of Um Rash Rash, consisting of two mud huts and a flagpole – the site of the future bustling city of Eilat.

On both sides of the bay, craggy mountains flanking the waters of the Red Sea were turning reddish in the early sunlight. After weeks of dirt and dust, we stripped off our fatigues and jumped buff naked into the sea.

After the war, the role played by the foreign volunteers was largely ignored by historians. Hollywood had the opposite problem – their renderings tended to exaggerate their contribution. Make no mistake – the Israelis won their own war, and paid the price in dead and wounded.

Still, for most of us, our small part in the creation and survival of the Jewish state represents, I believe, the most important act of our lives. During World War II, GIs scrawled on the shattered walls of European battlefields the words “Kilroy Was Here.” In a similar sense, the surviving volunteers of the War of Independence can affirm with some pride that we were there.