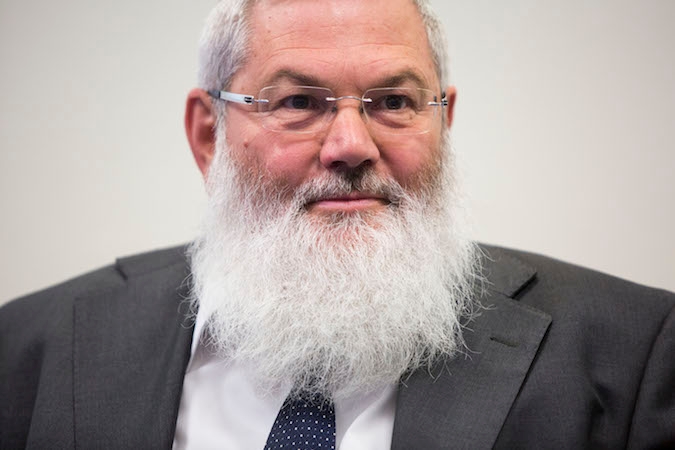 Outgoing deputy minister Rabbi Eli Ben-Dahan seen at a ceremony for replacing of minister, held at the Ministry of Religious Affairs in Jerusalem, May 18, 2015. (Yonatan Sindel/Flash90)
Advertisement 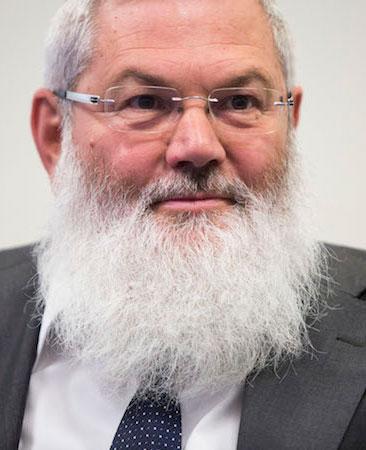 Outgoing deputy minister Rabbi Eli Ben Dahan seen at a ceremony for replacing of minister, held at the Ministry of Religious Affairs in Jerusalem, May 18, 2015. (Yonatan Sindel/Flash90)

But now, the haredi parties have a more surprising opponent: Jewish Home, a fellow religious party and coalition partner.

Speaking to JTA, senior Jewish Home Knesset Member Eli Ben Dahan said haredi parties care only for their own constituents. He fears that they will repeal several religious reforms he initiated.

“We see ourselves as responsible for all of the people Israel — also for secular and traditional Jews, not just for the religious,” said Ben Dahan about Jewish Home. “Therefore, our perspective is different. I think the haredi public, its representatives — what’s more important for them is what will be important to the haredi public, and less what will be good for the Jewish people.”

Like the haredi parties, Jewish Home — which largely represents Israel’s modern Orthodox community — opposes sweeping changes to Israeli religious law like allowing civil marriage or recognizing non-Orthodox conversion. But while in the Religious Services Ministry, Ben Dahan was in the process of enacting a series of reforms aimed at making Israel’s religious infrastructure more efficient, accountable and user-friendly.

Last year, his office announced plans to “revolutionize” the kosher certification industry, putting safeguards in place to prevent the bribing of supervisors and offering restaurants more stringent levels of certification. Because private, haredi-run courts had managed higher-level certification in the past, Ben Dahan fears that haredi parties will roll back the reform.

Another of Ben Dahan’s reforms would require rabbis of small communities like kibbutzim to actually live in those communities. He also began reforming the appointment process for these rabbis, giving consituents more say in their selection. Another reform aimed to make burial committees’ pricing and procedures more transparent.

Azoulay’s spokesman, Meir Pinchas, told JTA that Azoulay was still examining the planned reforms, and hadn’t decided whether or not to continue implementing them. But Ben Dahan has good reason to worry. During his term, he engaged in public spats with Shas over his reforms, as well as over his party’s support for drafting haredi men into the Israel Defense Forces.

In March 2014, according to Israeli reports, the debates escalated into name-calling. A Shas rabbi called a prominent religious Zionist rabbi “the seed of Amalek” for supporting the haredi draft. Ben Dahan then criticized the Shas rabbi for desecrating God’s name, whereupon Shas sent out an official statement accusing Ben Dahan of “joining with the haters of God in their shameful war.”

Ben Dahan admitted that Jewish Home “won’t have influence like we did.” He said that to safeguard the religious reforms, the party may have to trade political favors in the ministries it does control — agriculture, education and justice.

“If there are things that we feel hurt us, it’s always possible to take opposing steps,” he said. “They need things from us in education, agriculture or justice. I hope we don’t come to that. That’s not a good thing. That’s why the last coalition fell apart. Everyone wanted something.”

There’s one tool Ben Dahan is loath to use to continue his reforms: American Jewish pressure. Although the American Jewish community has lobbied the Israeli government on issues like conversion and prayer at the Western Wall, Ben Dahan says Jews outside of Israel shouldn’t dictate its internal policy.

“As long as they’re not here in large numbers, they won’t have influence,” he said. “You can’t be over there and say it should be such-and-such. You should come here.”

Ben Dahan acknowledged that more unites Jewish Home and the haredi parties than separates them. He said religious issues will likely not break up the government. But as long as the coalition holds, he doesn’t expect much progress in his former ministry.

“I think that in this area of religious services, there won’t be a breakthrough,” he said. “I don’t know what to tell you. It’s not up to me.”