Poll: Half of Jewish-Israelis back segregated buses in West Bank 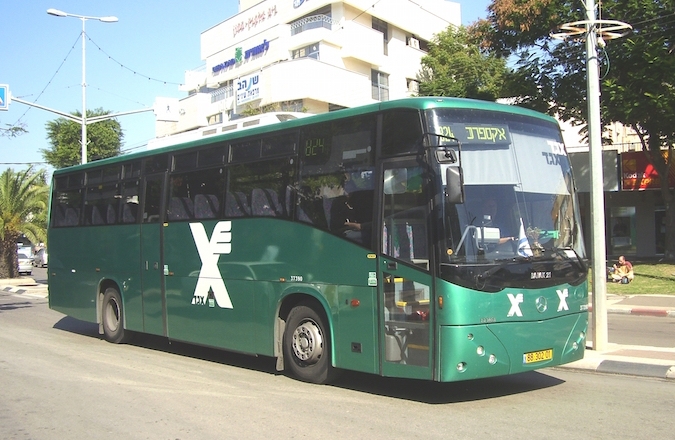 (JTA) — More than half of Jewish-Israelis support having separate Jewish and Palestinian buses in the West Bank, a new poll found.

The latest monthly Peace Index poll conducted by the Israel Democracy Institute and Tel Aviv University’s Evens Program in Mediation and Conflict Resolution focused on attitudes toward Jewish settlements in the West Bank, the diplomatic arena and the Cabinet appointments in the newly formed governing coalition. The June 4-5 survey surveyed 600 respondents, Jews and Arabs.

Among the Jewish-Israelis, 52 percent backed separating Jewish and Palestinian passengers on West Bank buses, while 42 percent opposed such a practice. A segregated bus program was implemented in May but was ended within a day following domestic and international criticism.

The poll found that 69 percent of Jewish-Israelis characterized Israel’s international standing as “not good,” while 71 percent agreed with this statement: “The countries of the world make demands for moral behavior on Israel that they do not make on other countries that are in situations of conflict.”

The Peace Index poll also found widespread skepticism that Prime Minister Benjamin Netanyahu would be willing to consider giving up settlements outside the settlement blocs, even though he told European Union officials that he would consider negotiations on the matter.