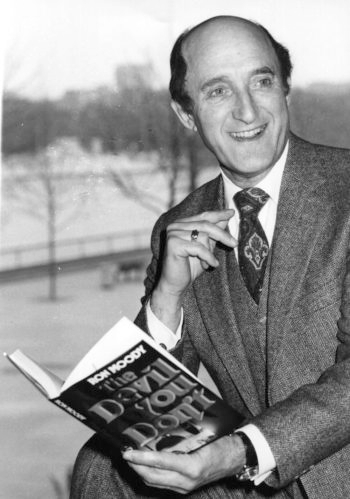 Moody, who played the Jewish criminal Fagin in the stage and film versions of “Oliver,” an adaptation of Charles Dickens’ “Oliver Twist,” died on Thursday.

His film portrayal of Fagin garnered an Oscar nomination and Golden Globe award as best actor.

Moody, the son of Russian-Jewish immigrants, went on to a regular role in the BBC show “EastEnders” and several other major TV programs, including “Starsky and Hutch.”

The New York Times, which described Moody as a “spindly, long-faced man with a prominent nose,” wrote in his obituary that Moody “steered clear of stereotype” in depicting the character Dickens termed a “merry old Jew.”

In a 2010 interview with The Jewish Chronicle of London, Moody said, “I couldn’t possibly have played the role if it was seen as anti-Semitic. I knew in my Jewish bones he was a funny character who would get laughs because I played him anarchistically.”

The Chronicle reported that being Jewish was “a cornerstone” of Moody’s life. The actor kept kosher “most of his life” and was a member of the New North London Synagogue. He married at age 60 after his then-fiancee, Therese Blackbourn, converted to Judaism. Blackbourn and the couple’s six children survive him.

In a 2005 interview with the Times, Moody reflected on being typecast for “Fagin-type roles,” but said, “I’ve no regrets. You take responsibility for your actions. You don’t kvetch. Playing Fagin in the play and film was a small miracle.”

Moody, whose original last name was Moodnick, grew up in London and served in the Royal Air Force during World War II.