L.A.’s reigning queen of cannabis is a pot ‘doctor’ to the stars The Rastafarian rapper formerly known as Snoop Dogg didn’t have anyone to operate the custom-made indoor marijuana greenhouse that came as a gift from its manufacturer, so he asked his “doctor” to keep it filled with cannabis flowers.

The public face of Alternative Herbal Health Services, Browner — who believes she was the inspiration for the hit Showtime series “Weeds,” about a suburban housewife turned pot dealer — became an unofficial weed doctor a decade ago, when she had a physician write Snoop his first recommendation for medical cannabis. After seeing the hip-hop artist on the news for marijuana-related legal trouble, Browner, 40, decided to do her old friend a favor.

“I called him and said, ‘I’m going to bring a doctor over, and it’s going to change your life,’” she recalled. “He’s like, ‘What, you crazy? A doctor for weed?’ He kept saying ‘Dr. Dina, Dr. Dina,’ and from then on it was my nickname.”

Since 2003, when Browner became the first woman to open a medical marijuana dispensary in Southern California, she has cultivated an A-list clientele that includes actors, hip-hop moguls and politicians (including a few Republicans who publicly oppose pot legalization, she says). More than a decade later, as more states move to legalize both medical and recreational marijuana use, Browner is emerging as a spokeswoman of sorts for the cannabis plant, touting its medicinal value on “Good Day LA,” gracing the cover of Dope Magazine and lighting up “the world’s most expensivest joint” with rapper 2 Chainz in a GQ video that went viral. 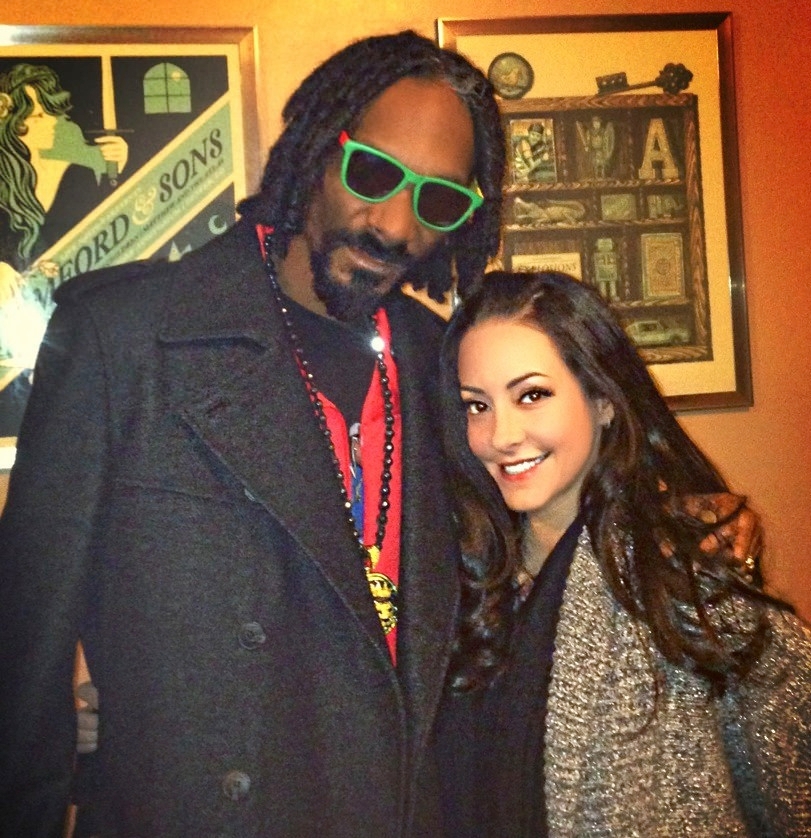 Inspiration for her career as a medical marijuana consultant came from an unlikely source: United Synagogue Youth, the Conservative movement’s youth group. At her first USY convention, Browner spent the day organizing Braille books at a charity for the blind. Afterward, she said, she was struck by how good helping others made her feel.

“I was learning about tzedakah and giving back,” she said. “That’s what started me in the industry I’m in now.”

“She’s blazed a new path for the industry overall, particularly for women,” Kaufmann said, “and has done it all with a clear passion for activism and a connection to her Jewish identity.”

Browner, a telegenic brunette with a camera-ready smile, grew up in a conservative Jewish family in the San Fernando Valley. Her first brush with pot came in the early 1990s, when she smoked a blunt with Snoop Dogg in a friend’s backyard.

Her friend’s stepfather happened to be the lawyer defending Snoop in his murder trial (he was acquitted in 1996), and as Browner tells it, her teenage friends warned the rapper to be careful, lest straight-laced Dina rat him out for smoking weed. Snoop called Browner over to his circle, pointed to the blunt and said, according to Browner, “You better hit this.” That way, if he went down, so would she.

When the pair reunited a decade later, Browner — who has consulted to dozens of dispensaries in California, Colorado and Oregon — was still in the closet about her profession (she’d told her boyfriend’s parents she was a “business consultant”). But a couple years ago, her cover was blown when Snoop outed her as his weed doctor in a GQ magazine story.

Browner actually believed the former Death Row Records artist had done as much eight years earlier, when she thought she recognized herself on a giant billboard for “Weeds.” The woman on the billboard turned out to be the actress Mary-Louise Parker, the protagonist of what was then a new series premiering on Showtime.

Browner remains convinced that the hit comedy was more than partly based on her life. Like Nancy Botwin, Parker’s fictional character, Browner lived in an upscale suburban community in Southern California. But unlike Botwin, who worked the black market, Browner has always sought to keep her weed-related activities within the law.

A former fashion sales representative (her father’s family was in the clothing business), Browner stumbled into the cannabis industry by accident. In 2003, a friend who had been diagnosed with stage 3 cancer called and said he wanted to kill himself — that’s how sick the chemotherapy was making him. Browner brought her friend a joint to ease his suffering, and his appetite and spirits improved almost immediately, she said.

“His stomach started to growl, and he said, ‘I can’t believe this. It’s the first time I’ve wanted to eat something since starting chemo,’” she recalled. “The next day he called and said he needed more.”

READ: At Cannabis Seder, Bob Marley tunes and a blessing over the weed

But in the early 2000s, a recommendation for medical marijuana was still hard to come by, even though California had legalized its use in 1996. After some research, Browner eventually found a doctor in the Bay Area who was willing to recommend the cannabis plant.

While her sick friend threw up in the car, she drove him north to San Francisco, where they waited three hours to see that doctor. Then Browner and the pot doctor struck a deal: He would fly to Los Angeles one day a week to see patients if she would run the office.

But the problem wasn’t solved. Short of turning to the black market, patients still had nowhere to purchase their medicine.

“At that point, I realized we had a need for dispensaries,” Browner said. “So I talked to a couple friends who decided to open a dispensary in West Hollywood. Flash forward a decade later, we’re still here and we’re still doing it.”