Why is kidney donation such a tough topic for Jews? 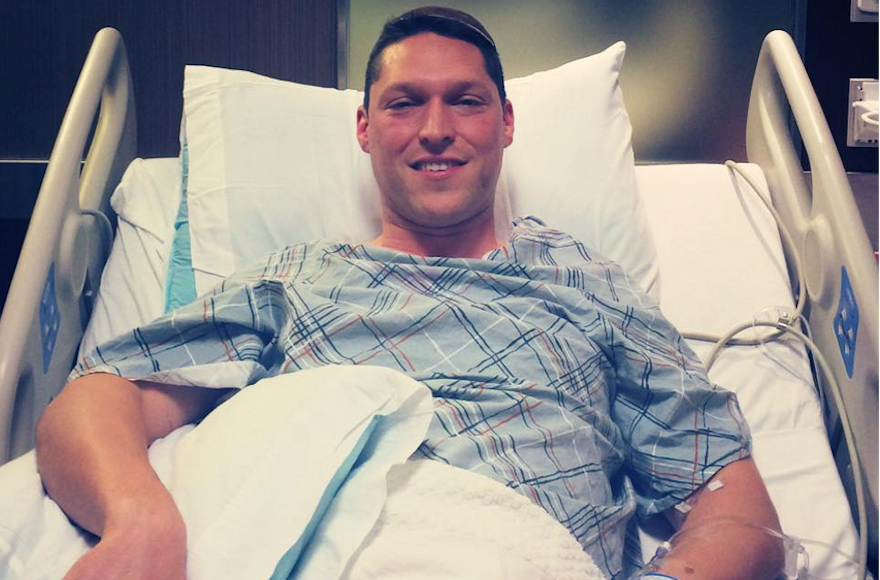 On Tuesday, American Orthodox Rabbi Shmuly Yanklowitz donated one of his perfectly healthy kidneys to a young Israeli, Yossi Azran. In the process, Yanklowitz joined two small groups: People who have donated a kidney to a stranger, and Jews who donate kidneys at all.

When it comes to Jews and kidney donation, the numbers are somewhat baffling. According to the Times of Israel, in comparison to other groups, Diaspora Jews overall have one of the lowest percentages of kidney donors in the world. And Israel’s rate of 31 donations per million inhabitants pales in comparison to that of the United States, which stands at 90 per million citizens.

Kidney disease can be debilitating and deadly, forcing those on organ donation waiting lists to receive dialysis — which involves sitting hooked up to a machine for four hours at a time several times per week to cleanse the blood — for years. In addition, the demand for kidneys vastly exceeds the supply. As of this April, 101,662 Americans need kidneys, far more than the 17,105 kidney transplants that took place in the U.S. all of last year.

So why do Jews tend to be more hesitant when it comes to donating this vital organ?

As the Jewish bioethicist Dina Najman told the Times of Israel, there are a “broad” number of Jewish legal issues involved, but the debate ultimately comes down to the concept of pikuach nefesh, or saving a life, which supersedes almost every commandment. Kidney donation may save the life of the recipient, but it can also endanger the life of the donor.

“Through the centuries, rabbis including the great physician-philosopher Rambam (who was pro compensation for donors) have debated the issue with conflicting opinions,” Amanda Borschel-Dan explained. “But as the technology of the surgeries has decreased their risks, rabbis have increasingly ruled it to be a great mitzva or the fulfillment of a positive commandment.”

The idea of post-mortem organ donation — which accounted for nearly two-thirds of American kidney donations last year — is another issue. Some interpret Jewish law to mean that one must be buried with all of their organs in order to be resurrected at the End of Days.

In a way, Yanklowitz’s worries about his operation epitomized the Jewish organ donation dilemma.

“Once I knew that God wanted me to do this, I knew that two kidneys were put into my body for [Azran], not for me,” he said. But he also felt that he “was being asked to do something more than I was capable of… Placing myself on the operation table was very counterintuitive.”