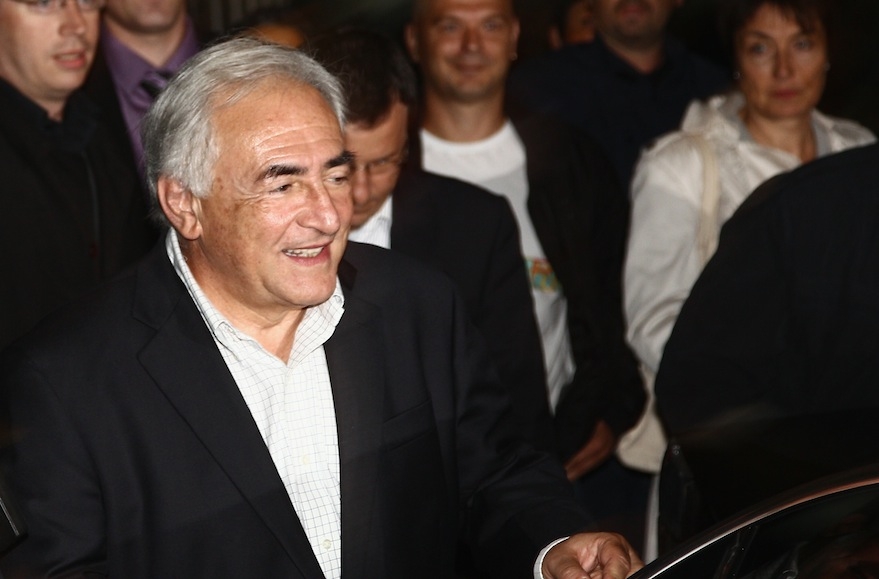 Strauss-Kahn returns to France on September 4, 2011, after the sex assault charges against him were dropped in the U.S. (Getty Images)
Advertisement

For Dominique Strauss-Kahn, former finance minister of France and ex-managing director of the International Monetary Fund, the answer turns out to be: “Hello Twitter! Jack is Back.”

Strauss-Kahn, whom a French court acquitted on June 12 of allegations that he knowingly hired the services of hookers, left that enigmatic message on his Twitter account, @dstrausskahn, on June 21, when he joined the social network. He has not tweeted since, though he has amassed 44,000 followers in the space of three days.

While he denied knowing his sexual partners were prostitutes, he did not dispute sodomizing several of them at after-hours sex parties in hotels as of 2010 – one year before French prosecutors heard his name while investigating a prostitution network in Lille, northern France.

Once a promising Socialist Party candidate for the French presidency – many French Jews hoped he would become the first member of the tribe to hold the post — DSK arguably has paid dearly for his double life. His political career ruined and his name synonymous with shameless exploitation of the poor, his ex-wife (Jewish) television presenter Anne Sinclair left him in 2013.

Still, some were inclined to believe his expressions of regret in court came from the heart – an impression strengthened by DSK’s insistence that he truly believed the young women he penetrated were just looking for a good time, and his out-of-court settlement with a chamber maid from a New York hotel who accused him of rape. U.S. prosecutors cleared him of the rape and related charges in 2011.

Lingering doubts were likely not allayed by the triumphant tone of DSK’s latest tweet, according to Le Point, which offered several interpretations of the text to its readers.

“Jack is Back is what the prostitutes and police officers of Whitechapel used to say regularly in 1888,” the paper read, in a clear reference to Jack the Ripper — the uncaught slayer of several prostitutes in London.