$11 million Jewish cultural center to be built in Paris 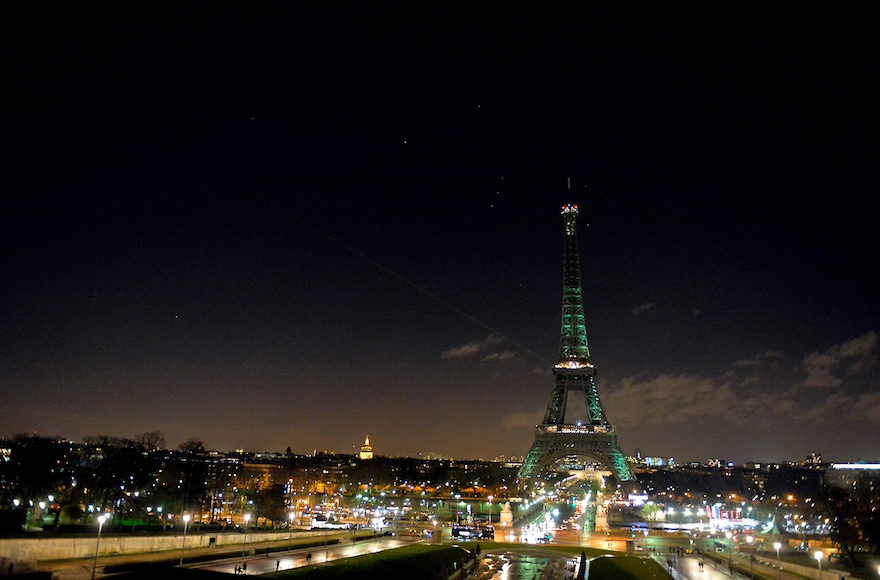 The City of Paris leased the land for the center, which will be among the largest opened in Western Europe in recent years, free of charge. (Aurelien Meunier/Getty Images)
Advertisement

PARIS (JTA) — An $11 million Jewish cultural institution will be built in Paris, the city’s mayor and the oldest existing Jewish organization in France announced.

The European Center for Judaism will be built in the 17th arrondissement, or district, in northern Paris and is set to open in 2017, according to the announcement on Sunday by Mayor Anne Hidalgo and Joel Mergui, the president of the Consistoire Centrale, the body responsible for providing French Jewry with religious services since its foundation in 1808 under Napoleon I.

“I wouldn’t want us to leave for the summer vacation and close this especially tragic year for France and for the Jewish community without being able to provide a note of hope,” Mergui told the Liberation daily. He said the center will operate from “a large building situated in an area of Paris where a large Jewish community has developed.”

Hidalgo is scheduled to attend a fundraising dinner on Monday at the seat of the Paris municipality along with French Interior Minister Bernard Cazeneuve and officials from the European Jewish Congress under Moshe Kantor, who has helped to realize the center’s construction.

The institution, which is intended to serve as an academic center as well as a cultural institution, will have a synagogue, conference halls, exposition space and offices, according to Liberation.

Just over a quarter of the $11 million estimated cost will be paid in subsidies by government offices. The City of Paris leased the land for the center, which will be among the largest opened in Western Europe in recent years, free of charge.

The center’s opening comes at a time of record emigration from France by French Jews, partly because of violent anti-Semitism that has led to the slaying of 12 people since 2012 in attacks attributed to French Islamist terrorists targeting Jewish institutions. About 20,000 French Jews have left for Israel since 2012.

“It would’ve been easy to give up on this project and say that Jews are leaving,” Mergui said. “I want to convey a different message to France and its Jews: We determine our own future.”