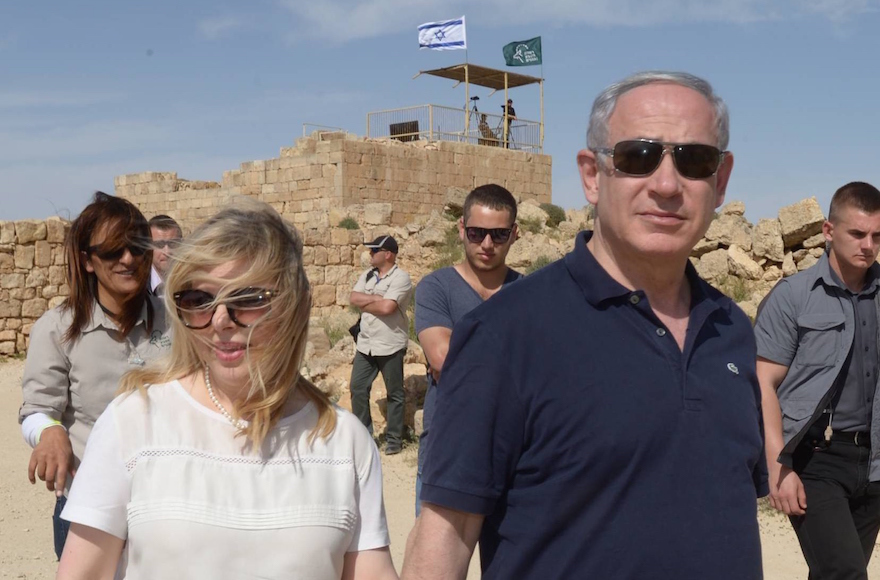 Netanyahu, 65, in both cases had routine prostate examinations that found “nothing uncharacteristic for a man of his age.” (Handout/Getty Images)
Advertisement

(JTA) — Israeli Prime Minister Benjamin Netanyahu was “smuggled” to medical appointments in disguised vans shortly before and after elections.

Netanyahu, 65, in both cases had routine prostate examinations that found “nothing uncharacteristic for a man of his age.”

In the first instance, shortly before the March 17 elections, he was transported to Mayanei Hayeshua Medical Center, a haredi Orthodox hospital in the Tel Aviv suburb of Bnei Brak, in what appeared to be a pita delivery van, Israel’s Channel 2 reported.

Shortly after the vote, Netanyahu was taken in a disguised pest-control van, with his security guards dressed as pest controllers around the vehicle.

Channel 2 did not explain why Netanyahu employed the disguised vehicles.