You can now buy a ‘Jewish prayer shawl’ at Old Navy 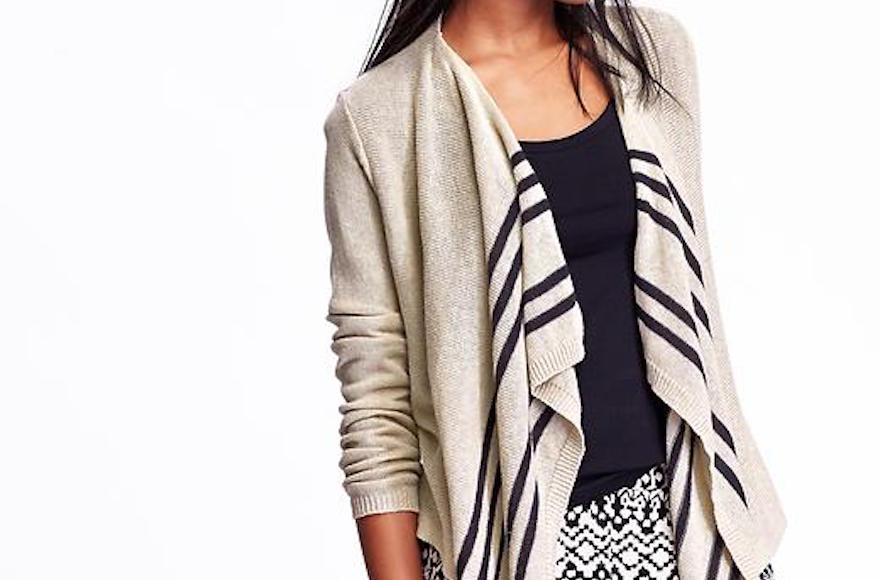 The retailer, part of struggling clothing giant the Gap, recently began selling the Women’s Handkerchief-Hem Open-Front Cardigan, which looks remarkably similar to a tallit, or Jewish prayer shawl, as the Times of Israel pointed out.

This isn’t the first time that major fashion retailers have waded into Jewish-themed — or anti-Semitic — territory. Most notably, last summer, international clothing chain Zara sold a children’s striped “sheriff” T-shirt that looked disturbingly like a concentration-camp uniform, complete with a six-pointed yellow star on the left breast.

In the ensuing social media firestorm, the Spain-based chain issued an apology and pulled the item from stores.

Back in 2011, Stockholm-based international clothing chain H&M — itself accused of anti-Semitic fashion in the spring of 2014 — issued a women’s poncho that also bore a striking resemblance to a tallit.

Aside from the novelty of a religious-themed Old Navy piece, it seems the sweater is getting mixed reviews from customers. “Adorable,” raved one online reviewer, while another complained it was “super itchy.” It’s now on sale for $34.