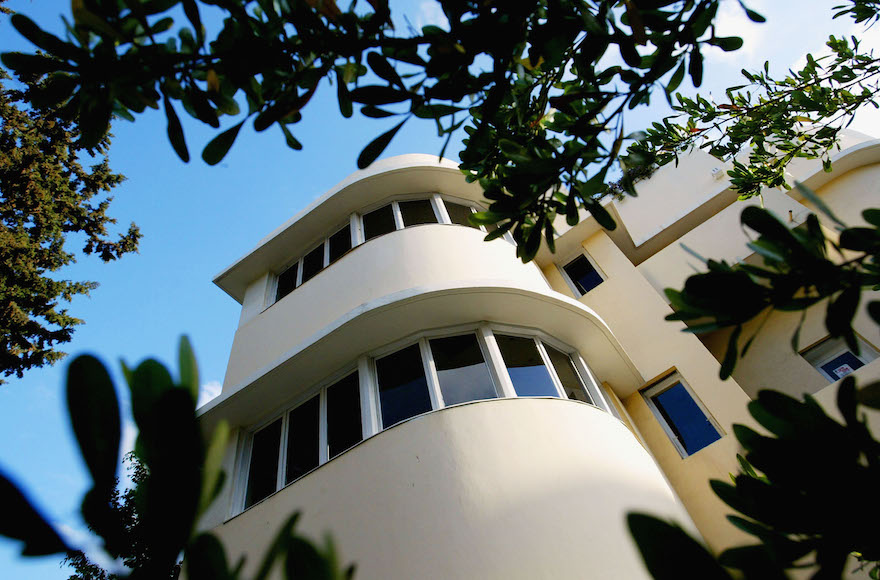 The Braun House is seen on May 28, 2004, in Tel Aviv, Israel. (Uriel Sinai/Getty Images)
Advertisement

BERLIN (JTA) — Germany will invest $3.2 million in the next nine years to help save Bauhaus-style buildings in Tel Aviv.

The investment for buildings in the so-called White City district was announced recently by the German government and will help Israel preserve an architectural legacy that recalls Jewish design pioneers who fled the Nazi regime in the 1930s.

The first installment has already been presented to Tel Aviv Mayor Ron Huldai.

Reportedly the buildings have been adversely affected by the salty sea air, and original items such as windows and doors cannot be easily replaced.

The funding will also go toward creating a Bauhaus Center in the city’s Max-Liebling House, which is due to open in 2017. Reportedly the center will serve as a hub for experts involved in planning and overseeing restoration work.

The White City, the world’s largest Bauhaus settlement with more than 4,000 buildings, was named a UNESCO World Heritage site in 2003. Its architects were students of the German architect Walter Gropius (1883-1969); many brought building materials to then-Palestine with them.