In Israel’s domestic politics, Iran deal is a gift for Netanyahu 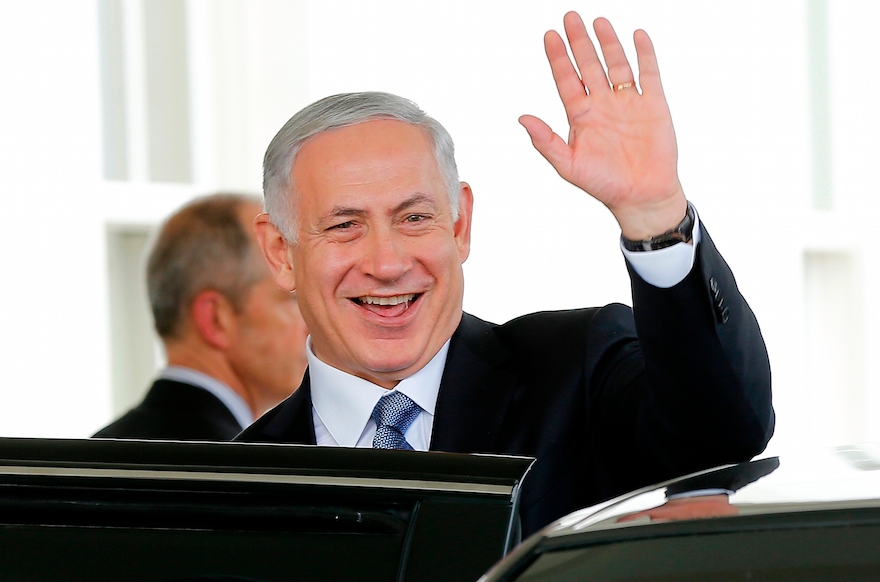 Maybe Israeli Prime Minister Benjamin Netanyahu should be thanking the Obama administration for the Iran deal.

But within Israel, the deal looks to be a political godsend for the prime minister.

A few days ago, Netanyahu’s narrow, two-seat majority in Knesset faced trouble. Last week, he warned his coalition partners that he would have to renege on budgetary promises he made when they formed the government in May. In response, a coalition lawmaker threatened to force another election — just four months after Israelis last went to the polls.

Now, the Iran deal appears to have given Netanyahu a new mandate to lead. Isaac Herzog, leader of the Knesset opposition and chairman of the center-left Zionist Union party, reportedly may join Netanyahu’s coalition, forming a unity government to fight the agreement and counter any subsequent Iranian threat. With Zionist Union’s 24 Knesset seats, the narrow, 61-member coalition would become a broad, 85-seat government.

Herzog and Netanyahu met Tuesday night to discuss the deal, and according to a statement from the Prime Minister’s Office, Herzog said he “would do his utmost on behalf of the security of the State of Israel in the new situation that has been created.”

This isn’t the first time opposing parties have come together in the name of national security. Just ahead of the Six Day War in 1967, Prime Minister Levi Eshkol formed a national unity government with his right-wing rivals to present a united front against Israel’s enemies. The next day, Israel went to war; this time, analysts say, Israel could be hard-pressed to take military action and will lobby the U.S. Congress to reject a deal before contemplating a strike.

Some of Netanyahu’s rivals have blamed Netanyahu for failing to block the deal or improve its terms. Yair Lapid, head of the opposition centrist Yesh Atid party, called for the prime minister’s resignation. He alluded to another military campaign, comparing Netanyahu to Prime Minister Golda Meir after the Yom Kippur war, which Israelis largely view as a debacle.

But Israelis look to be siding with Netanyahu on this one. A poll Thursday by Israeli Channel 10 found that 69 percent of Israelis oppose the Iran deal, while 74 percent believe it won’t stop Iran from getting the bomb. Only 10 percent of Israelis support the deal. Sixty percent say Israel should lobby Congress against the deal, while 33 percent favor military action to prevent an Iranian nuclear weapon — with 40 percent opposing a strike.

The country is split on whether Netanyahu erred or acted wisely in his campaign against the agreement, with 37 percent placing him at fault and 34 percent supporting him. But the vast majority of Israelis buy Netanyahu’s main argument: that this is a bad deal that will fail in its goal. And if he succeeds in attracting Herzog and padding his coalition, he won’t need to worry about his approval ratings for a while, anyway.