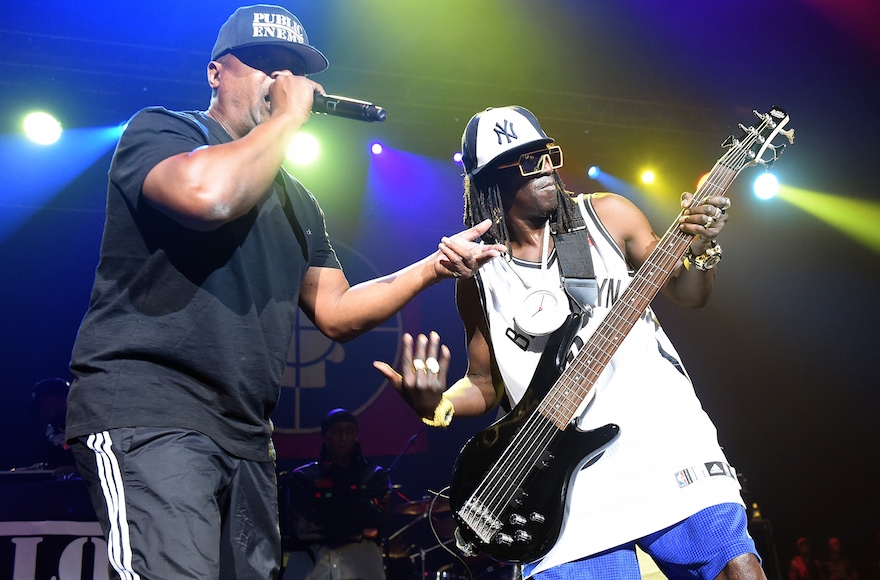 Public Enemy, the Grammy-nominated hip-hop group, released its 13th studio album on Thursday. The title of the album, “Man Plans, God Laughs,” is a translation of a well-known Yiddish proverb.

It’s unclear whether or not the band, formed on Long Island, New York, in 1982, knowingly used a Yiddish phrase. Efforts to reach the band were unsuccessful.

Public Enemy’s hit songs include “Don’t Believe the Hype,” “Bring the Noise” and “Fight the Power,” the theme to Spike Lee’s film “Do the Right Thing.” The band has been extremely influential with its dense musical production techniques, lyrical content and strong political stance.

Accusations of anti-Semitism have surfaced several times in the band’s history. In a controversial 1989 interview with The Washington Times, band member Richard Griffin, aka Professor Griff, claimed that Jews were “responsible for the majority of wickedness that goes on across the globe.”  Following the controversy, the band’s leader, Chuck Ridenhour, “Chuck D”, made a public apology and temporarily disbanded Public Enemy, though it regrouped less than a month later.

Public Enemy’s 1990 song “Welcome to the Terrordome” caused a stir with lyrics reviving the ancient accusation that Jews were responsible for the crucifixion of Jesus.

“Man Plans, God Laughs” was released on the music streaming service Spotify and for download from RCSMusic.