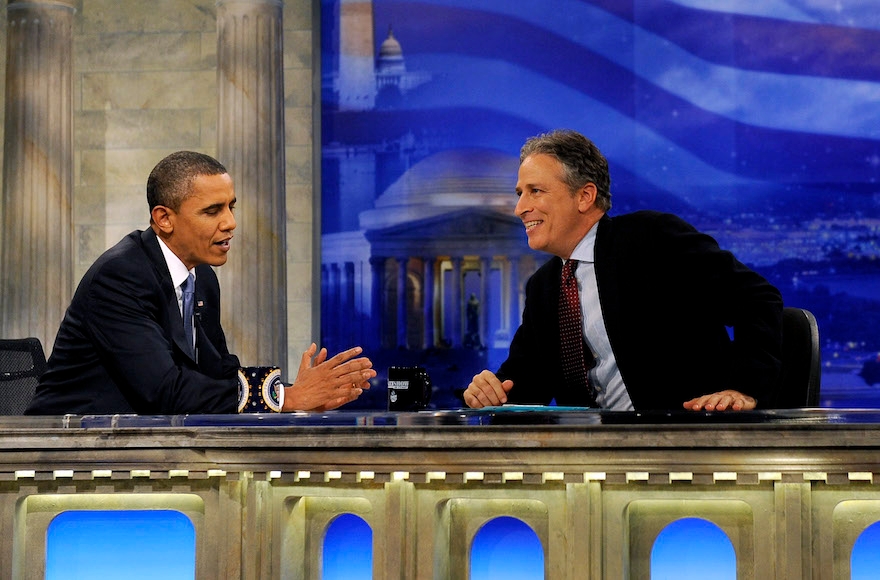 Maybe it’s that he’s leaving the “Daily Show” in two weeks. Maybe it’s that he’s close with President Barack Obama, who’s been on his show seven times starting in his Senate days. Either way, Jon Stewart was not afraid to ask the president tough questions about the Iran deal on Tuesday night.

After threatening to recite his Haftorah portion – which he joked was “about 29 minutes long” – Stewart quickly got down to business in his last on-air interview with the president before he leaves the “Daily Show” on August 6.

“Whose team are we on in the Middle East?” Stewart asked.

Obama, who offered an impassioned defense of the Iran deal at the Veterans of Foreign Wars Conference in Pittsburgh earlier in the day, said the deal does not make the U.S. and Iran allies overnight.

“This is an adversary. They are anti-American, anti-Israel, anti-Semitic, they sponsor terrorist organizations,” Obama said.

“Sounds like a good partner for peace,” Stewart interjected.

“As has been said frequently, you don’t make peace with your friends,” Obama responded.

Watch the full interview in the videos below.