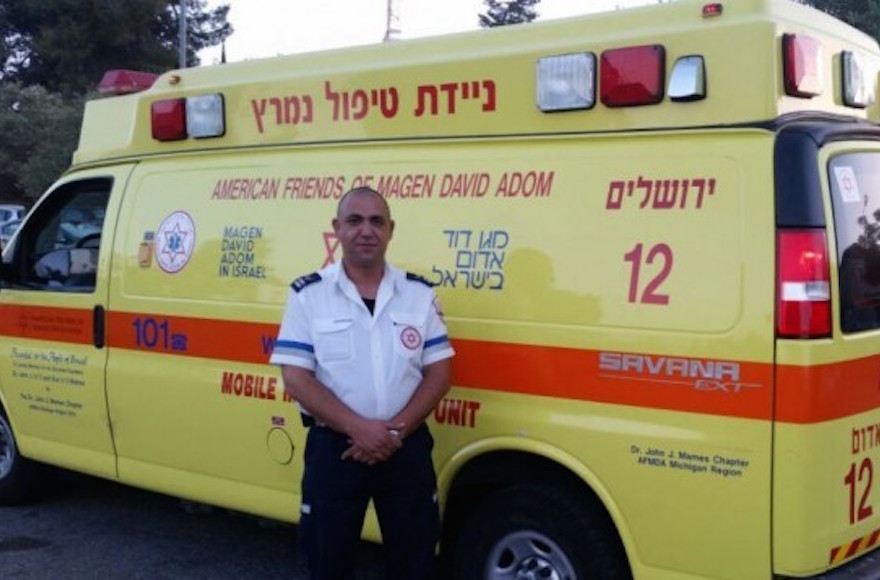 Ten months ago, Arab Israeli paramedic Ziad Dawiyat responded to reports of a car-ramming at a Jerusalem light rail station and had the grim task of transporting a critically injured 3-month-old baby to the hospital, where she later died.

On Sunday night, responding to another call about a woman in labor, he found himself in the home of that baby’s bereaved parents, delivering their second child.

It’s a stunning string of events that brings to mind the adage “only in Jerusalem,” and according to a statement from Dawiyat distributed by Israel’s Magen David Adom emergency services, the gravity of the coincidence had an effect on him.

“I didn’t know what to do or say – to wish them congratulations or give them my condolences. I was very moved so I just wished them a ‘mazal tov’ and a long and peaceful life,” Dawiyat said of the parents, Hanna and Shmuel Braun. “I would have never imagined even in my dreams that I would be able to come full circle with the Brauns, but it’s a small world,” he added. 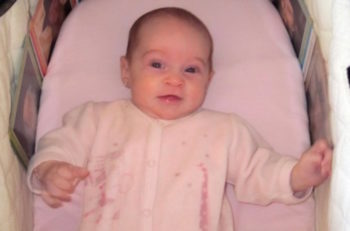 The Brauns, who are haredi Orthodox, reportedly struggled for years to conceive a child before giving birth to their first, baby girl Chaya Zissel. Chaya was 3 months old and was being taken home by her parents after a visit to the Western Wall last October when a Palestinian driver plowed his car into pedestrians waiting for the light rail at Jerusalem’s Ammunition Hill station.

Critically injured, Chaya was transported to Hadassah University Hospital in Mount Scopus by Dawiyat. She died a few hours later. A young woman was also killed in the attack, and a number of bystanders were injured.

The Brauns got pregnant again shortly after their tragedy, and on Sunday, when Hanna went into labor, Shmuel called an ambulance. Once again, it was Dawiyat who answered the call.

When he and his team arrived at the Braun home, they realized Hanna’s labor was progressing too quickly and they had no choice but to deliver her baby right there, in her home.

Both mother and baby are healthy and doing well. Shmuel Braun also released a statement following the delivery, saying, “We thank the Almighty for everything and for giving us a daughter today. I want to thank Ziad and the entire MDA staff who prove time and again they are available to save lives and assist anyone in need.”