Sir Nicholas Winton, ‘British Schindler,’ to get own stamp 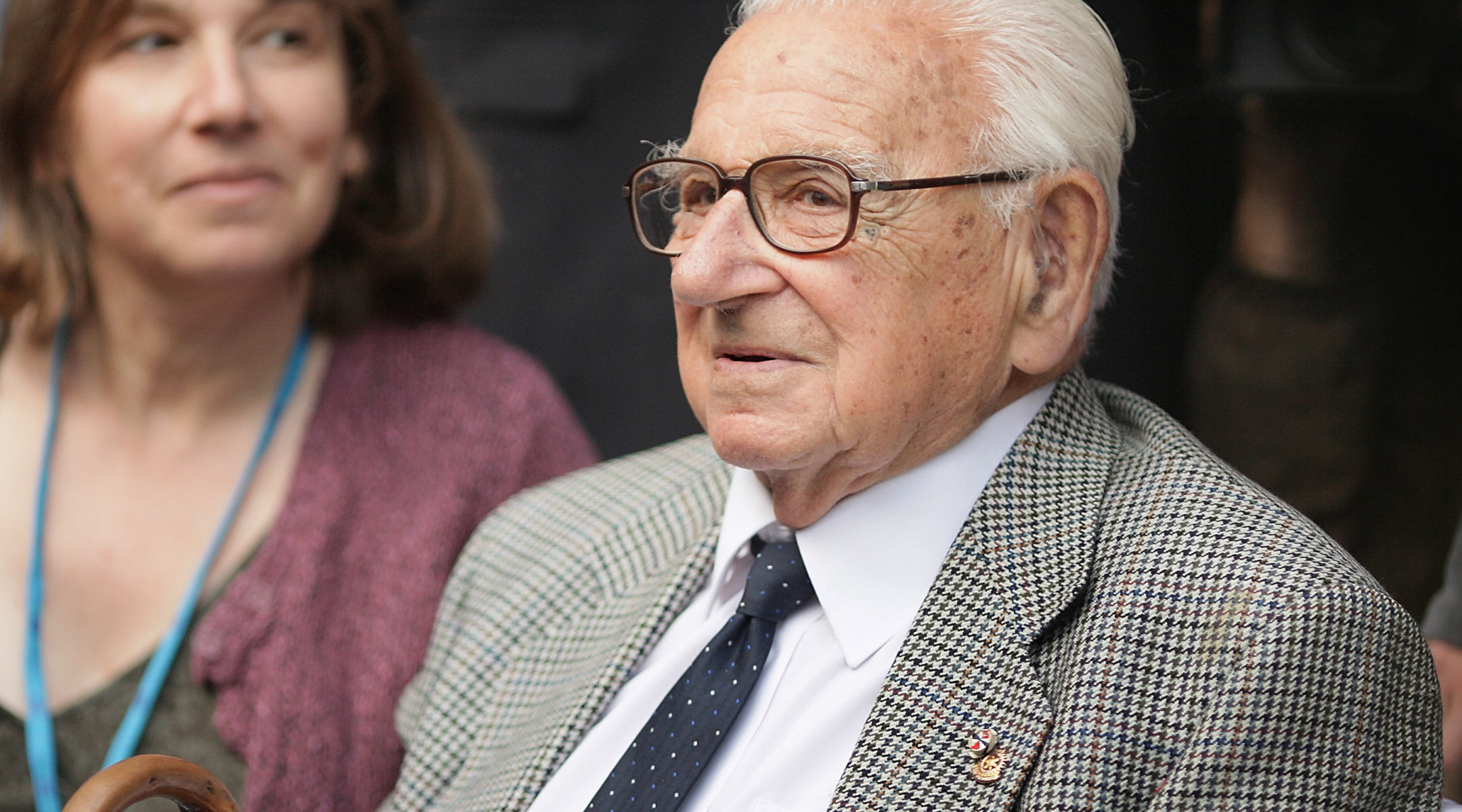 The decision was in response to a campaign launched late last month by the website British jewishnews.co.uk. As of Tuesday, an online petition calling for the stamp had garnered nearly 106,000 signatures.

“Now we have consulted with his family, we are delighted to confirm our intention to feature Sir Nicholas on a stamp as part of a commemorative set, subject to the appropriate approvals, in 2016,” the Royal Mail said Monday in a response to the petition posted on the Change.org website.

“One of the purposes of Royal Mail stamps is to honour those who have made important contributions to the UK, and every year we consider hundreds of subjects for inclusion. It is clear that Sir Nicholas Winton is a worthy candidate,” the message concluded.

The Royal Mail commissions 12 new stamps each year. Final approval for the stamp must be given by the queen.

Winton’s heroism was unremarked until the 1980s, when his wife found evidence of the rescues. The discovery led to a reunion with some of the children and a documentary. Winton received many honors in his later years, including the knighthood. Last year, the Czech government flew him to Prague in a military plane to receive the country’s highest honor.

The “Schindler” reference is to the German industrialist Oskar Schindler, who is credited with saving some 1,200 Jews in the Holocaust. His story was made into an Academy Award-winning film “Schindler’s List.”